Other things we do…

Well I’m off to Suffolk for a few days golfing this morning. What other hobbies or pastimes do we all have…?,

Thinking of buying a decent drone for the topbox on the bike.
I’m always thinking of how nice churches/castles/locks are around here and was thinking of getting one for when I stop off and having a look around these places via the air/drone.

I’ve long thought about having a decent or half-way decent drone so I’ll await the outcome of your search (and research! :-)) with active interest.

One of the primary reasons I’d like to get one is that my wife has decided that more of our retirement holidays are going to be spent on long distance walking trails. Fine by me. We’ve walked the West Highland Way and the Great Glen Way in the past couple of years, and will be walking the East Highland Way later this year.

I’ve realised - as ya do - that, when you’re out there deep in the heart of some grand landscape, you often don’t get a sense of the scale of your wider surroundings and I’m sure some overhead, panoramic views would provide that scale. This is, I think, especially true if you’re in the mountains.

I’ve also seen a really great short video with drone footage from a guy on another forum I’m on - NO not THAT one …this one :-

… and the video, short as it is, I found quite inspirational.

I realise that this particular end product has taken a lot of creative effort in editing, mixing and music choice but ya gotta start somewhere and, let’s face it, I’m retired and eventually, (please GOD) the house will give me a break from the repairs, renovations and decorations it’s demanded since we moved in!

I’ll be very keen to hear what you find @ducatitotriumph

I thought aout a drone after watching the Got2Go videos as research/prep for next year’s European trip.

One of my grandsons has a drone and the footage he gets over the moors around here is really dramatic. But his real “thing” is going to different football stadiums and getting video of them. He went to London last year and videoed the premier league grounds. I’m not sure where you are allowed to fly them, I think it depends on the size and what tests you have passed but I haven’t a clue really.

I have a drone which I like to use for aerial photography. I can pack it in my back pack, and set off on my bicycle. A combination of fun and good exercise. I have a DJI Mavic Mini, but am now looking at the DJI Mini 3 Pro that has just been launched. The laws regarding drones are fairly complex regarding where you can fly it - small (sub 250g) drones allow far more flexibility on this. You also have to consider whether you need to get a licence.

Since (semi) retiring I’ve also taken up building scale models - something I’ve not done since I was a kid! 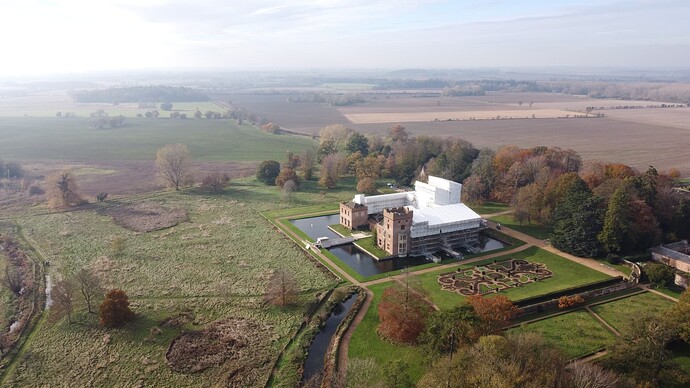 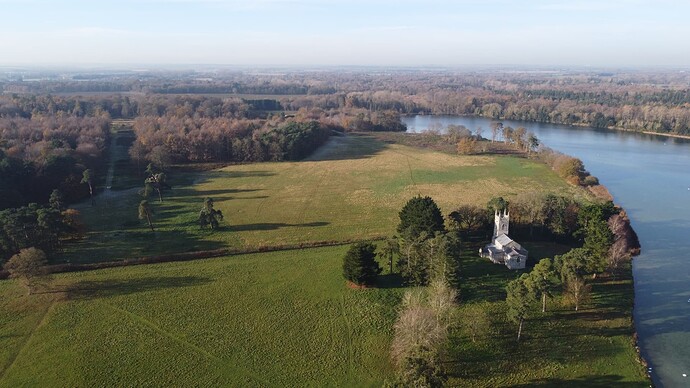 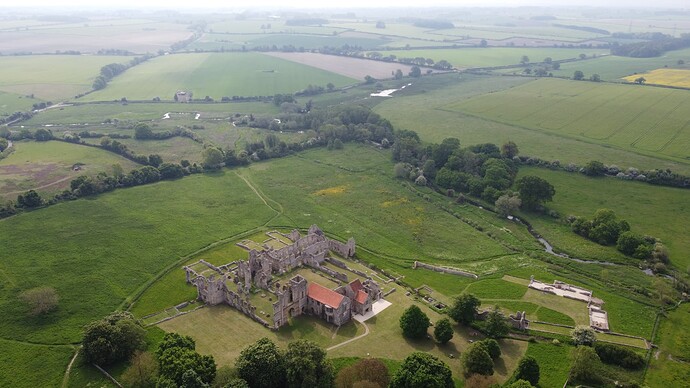 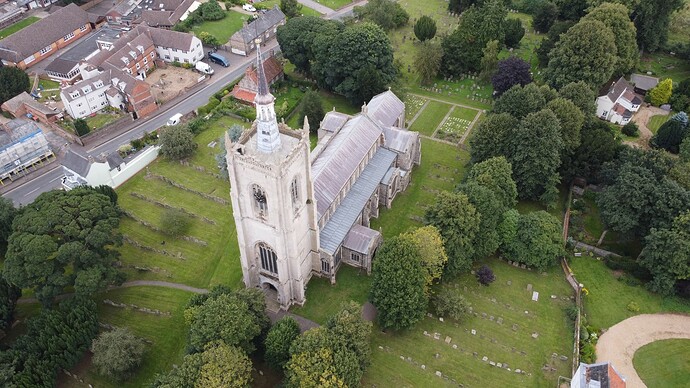 Thanks @NealH as i was looking at the dji drone.
I’d get the version 2 though as its probably going to be a bit cheaper soon. I hope!
I have done the caa test and obtained license i need but I pulled the plug on a dji fpv as it’ll be too much for a beginner like I’d be.

Mini 2 & 3 both fall in the sub250g category so you can fly them almost anywhere including built up areas - although there are specific rules regarding flying in the vicinity of “crowds”.

Dog walking but long walks, 4-5 hours sometimes all day, unspoilt beaches and way off the beaten track forest walks, we live in a beautiful area and there are plenty of amazing places where you hardly see a soul, Mrs W is a brilliant “finder of places where other folk don’t go” i mentioned the walks distance in hours rather than miles as some are quite steep and challenging, measured in time rather than distance. its dogs off the lead and go, i feel sorry for the dogs that get a quick half hour around the block just to piss up the same old lamp posts.

I have competed in lots of sports since I was a child but running has prevailed over the past decade or so. Pre - Covid I competed in loads of distances and did pretty well but had a passion for ultra - distance and had some great results in races that were 100 miles plus with a fair few wins in there. I lost the urge to compete really for the first time in my life when everything ground to a halt and it hasn’t returned now life is itself returning to normal, although I still run on average six days a week.

I like trails and off the beaten track routes like PatW. Our dog also used to run some pretty big distances with me, but his running career is now over due to age so I walk him every day too.

I also love diving and reading. 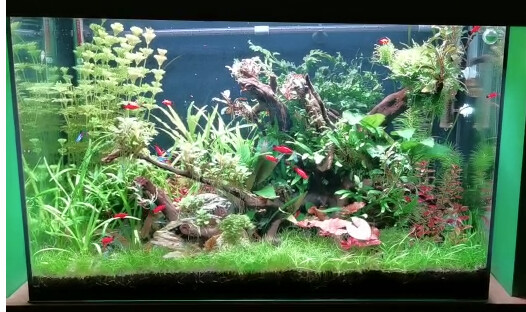 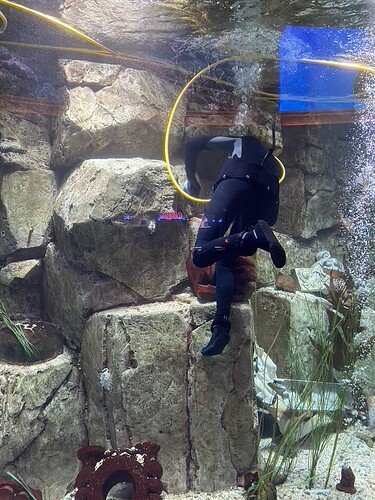 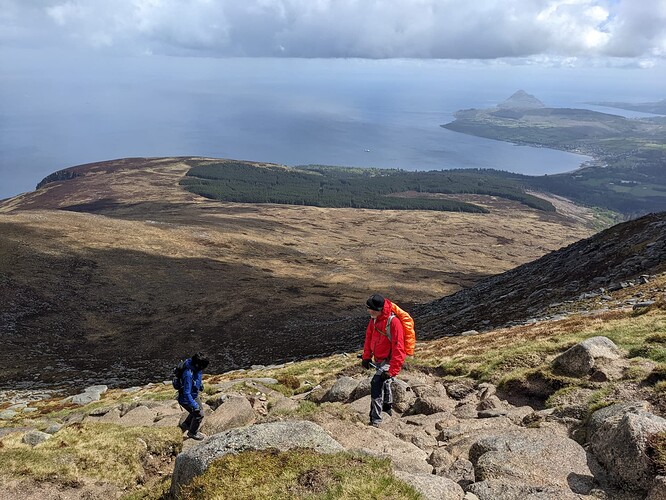 I don’t mind a bit of a stroll. This is about 300 feet from the top of Goatfell, lsle of Arran. If the image loads ok, at least 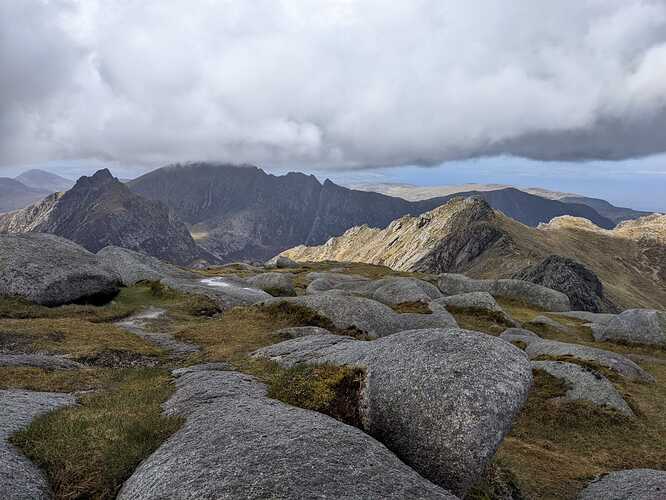 You must get through a lot of walking boots.

I’m a musician, guitar player in 4 active projects.
That’s more than a hobby, something I can’t live without.

Another musical slave to the rhythm (guitar)… and anything outdoorsy really, this morning was a bike ride! On the roads! In Lycra! (But give me my due, it was 5am on tiny back roads… if I saw 5 cars on the same roads, I’d be surprised! 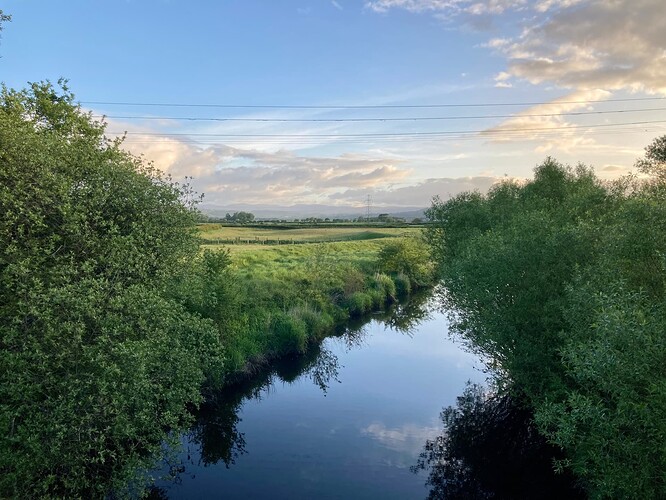 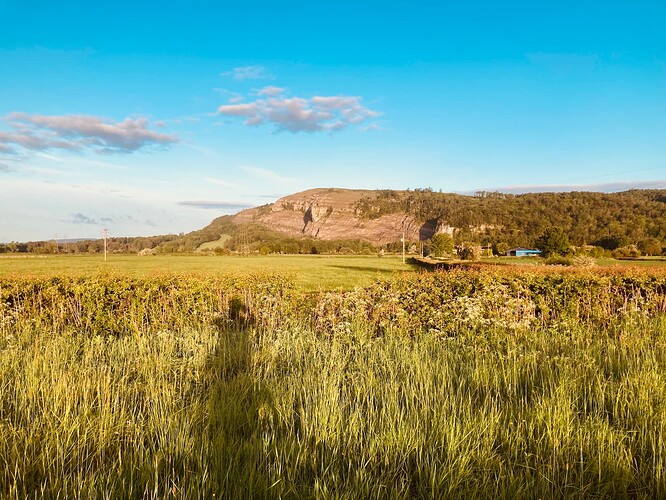 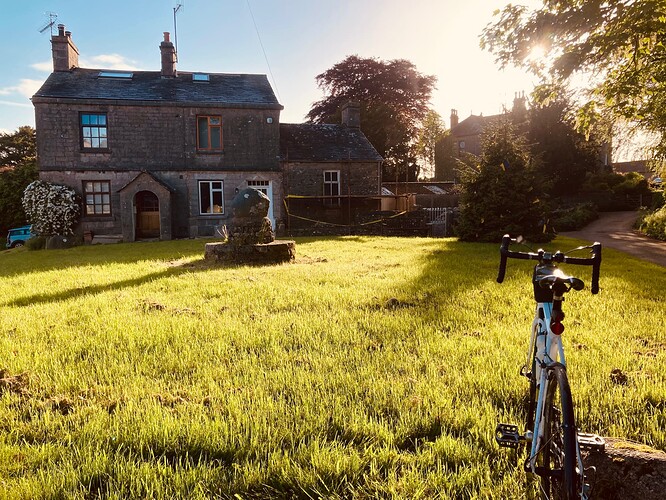 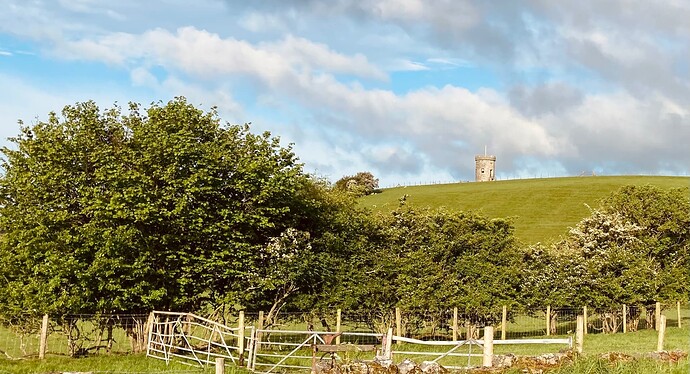 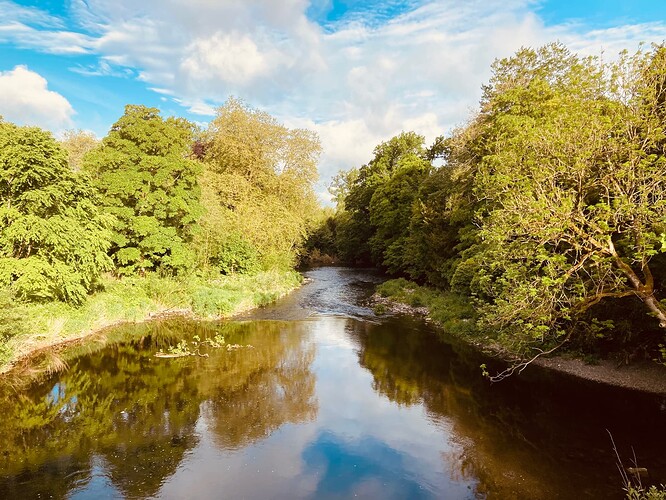 Not as surprised as them seeing you in lycra at 5am…

I cut a fashionable dash I’ll have you know… 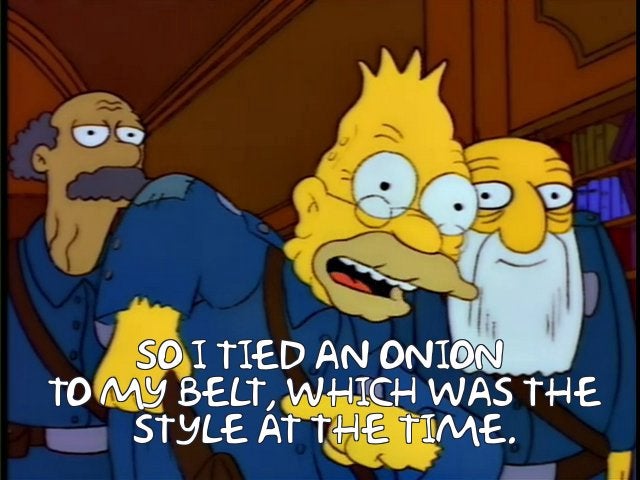 If I’m not riding my bikes, keeping the house and garden in shape keep me busy. Followed by six grandchildren who require loads of attention. I used to do wood turning and general wood making (still have all the kit in the workshop) but lost the urge some time ago. Digital photography and video creation kept me entertained for a number of years, but with modern mobile phones today I found it a pain carrying all the lenses etc, so just use my phone now for memory snaps now. Here are a couple of pictures of my efforts. I made the clock back in 2001 and the wool spinning wheel a couple of years later. 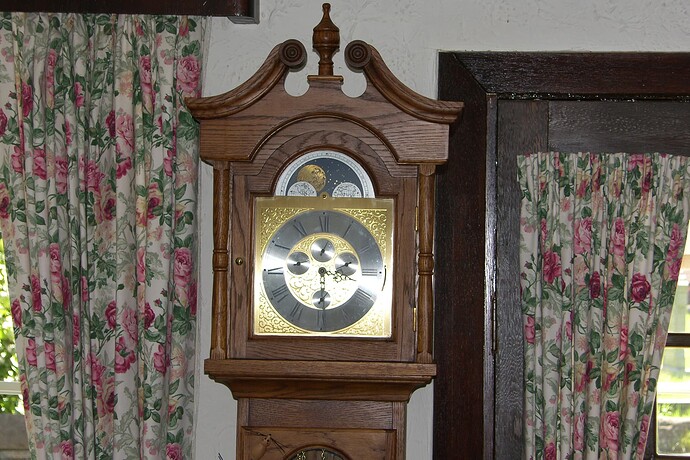 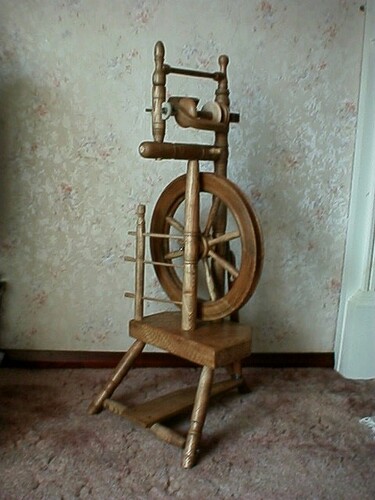 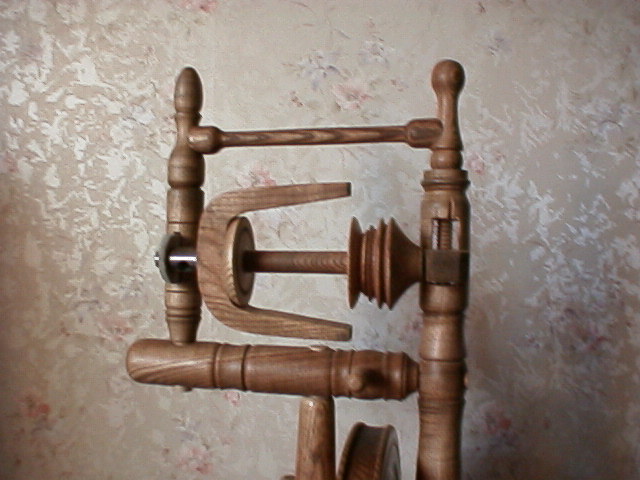