I’ve currently got the Other Manufacturers section split out in to brands. I wonder if that’s too granular and whether people would just like to see them grouped by country (e.g. Japanese Bikes, American Bikes etc) or even just one big category for everything that isn’t a Triumph?

If we keep it as-is I’ll have to move some posts to other categories, which I don’t mind but maybe it’ll break up the flow of the conversation.

Let me know what you think. The poll closes at the end of the week. I’ll update that area of the forum on the weekend based on what people want to see.

How to categorise the Other Manufacturers

I vote to just have a single non-Triumph category

That’s the ‘Everything in one place’ option.

Voting closes in two days. As it stands we’ll be scrapping all the model sub-categories and having one big ‘non-Triumph’ section. We currently have about 50 users on the forum so there are still some votes to be cast out there.

I think I just cast a wrong vote

ment to vote “everything in one place”

Maybe add a seperate (shit) category for bmw and harley though

Click on the Show Vote button, you can change it then.

I was going to agree but then I remembered riding the S1000RR. 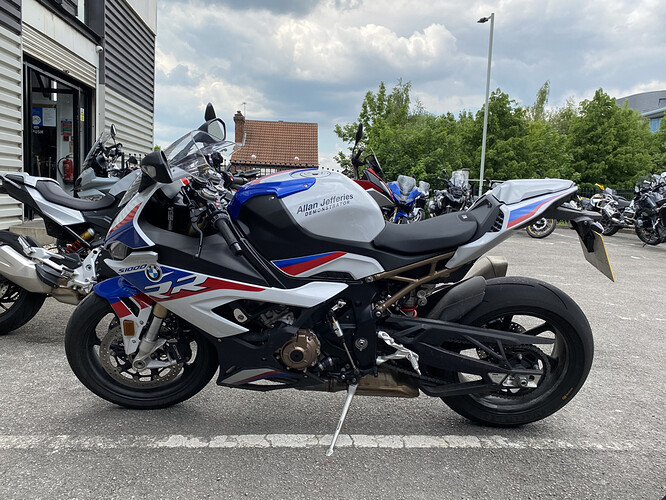 Funny enough I had a go on one last week in Scotland… nice bike!

I’ve tried the Panagale V4S as well. Both great bikes but I think I preferred the BMW. Maybe I’m just more used to inline 4’s.

I’d be definitely interested to see if i could actually use/fit a modern sportsbike now.
If i did… who knows what’s about. Gixxer 1k or bm 1k seem a little more sensible but still bonkers of course!

Yes, utterly bonkers. Good fun, but expensive for a bike would probably be used mostly for sunny afternoon blats and track days.

The problem with sport bikes, they’re so good at going fast, they dont feel fast or exciting! Recently tried a 1200RR and its the same story. Best thing I ever experienced was a superduke. Bonkers fast, and it felt it! That bike has you gurning behing your visor

Yeah, it wouldn’t be a biker forum without a little chaos.

The poll closes at midnight. So far, removing the sub-categories and making it one big free-for-all under the ‘Other Manufactirers’ category is winning by 11 votes to 9.

If we end up restructuring that area, I’ll move any existing posts so they’re not lost.

Thanks to everyone who’s cast a vote so far.

Will the losers be protesting and demanding another vote?

Only if the winning vote turns out to be a stupid idea.