Taking your bike to Europe 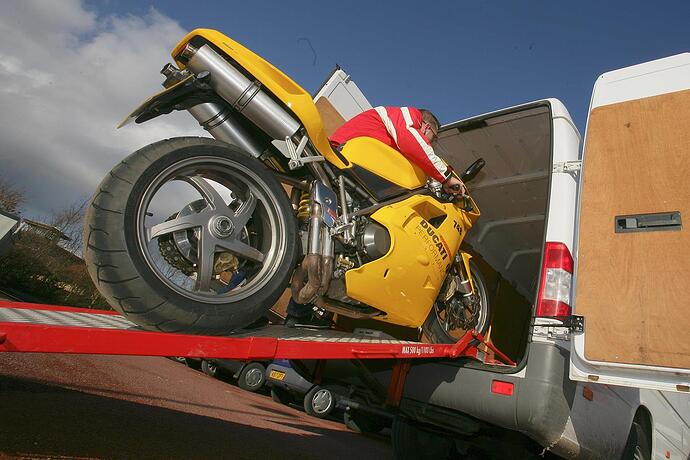 Carnet to be waived? Clarity in sight for UK to Europe bike transportation

Find out how Brexit has affected riding a motorbike in the UK and on mainland Europe and what you need to do differently here.

So we’re still in the hands of whether the French/Spanish port official is having a good day or not.

It’s what we voted for.

I will need to read and learn for my September trip.

We voted to leave the EU, we didn’t vote for the balls up the government made of the negotiations or the lack of due diligence to the potential future issues nor did we vote for the EU’s deliberate intention to punish the UK in order to dissuade other members from taking similar actions.

I think fair warning was given about the consequences, some were pretty obvious, but at that point no one from either side was listening, they were too busy shouting about either a utopian or dystopian future. It was a debacle and the result, no one got what they wanted.

We’ve just returned from ten days riding in France. Taking ones bike really is simple. Take your V5, insurance cert, and licence. Get on your bike, ride to the ferry or tunnel, get on, go over or under the sea, get off and ride. It honestly is that simple. No different to before the vote in any way.

Got to agree. We are in the Calais tunnel terminal waiting to be called right now. All you need is your passport, tickets and docs. Simple

Great to here personal experience from Glen and Wessa, toured Europe dozens of times but sadly not since Brexit/Covid, I hope to put that right soon.
It sounds like you’re fine if riding the bike there but gets potentially problematic if it’s transported for you or even in the back of your own van.
I’ve 99% ridden my own bikes there but have once done a fly-ride, it was a very relaxing way of getting into the Alps, I would recommend…
Second thoughts, seeing the present airport chaos - not a good idea for now.

The problems start if you want to take your bike to the EU without actually riding it, then it’s a whole world of pain. Got a mate who before brexit used to have his bike transported by lorry whole he flew out. Try that now and you have all sorts of paperwork because they have decided you’re importing it so have to pay import duty on it and the same when you bring it back apparently. You can’t even take it in a van yourself without falling foul of customs as he looked into doing that instead. So the only option now is to ride it…who’d have thought that!

What??? Can’t take it in a van??? So does that cover his clothes and a camera as well for example???

I must admit that I had never thought about transporting my bike in another vehicle. It has an engine of its own so when ever I go over the water on trips I ride it all the way there and back. Just back from just over 2500 miles around the Alps and Provence.

Benefits from tyres going square in the uk, luggage is plentiful and also space to bring extras back

As is always there are benefits and downsides in everything we do. I can see the attraction of transporting your bike across France as well as riding it. For me it is riding it as I see getting there as part of the holiday. Just my view.

Well that just has to be an incentive to ride it. It’s what it’s made for after all.