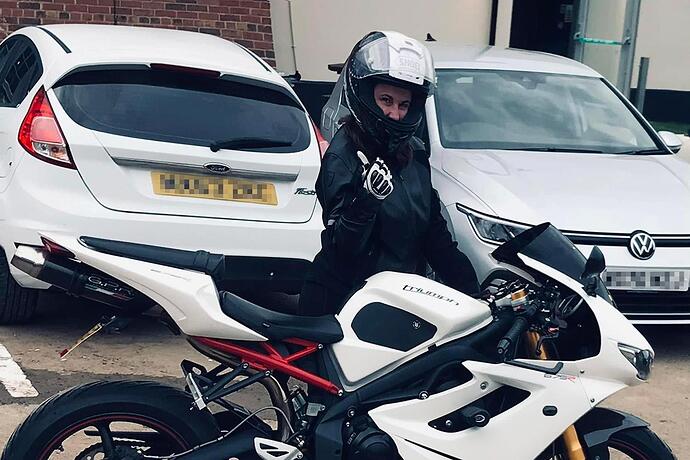 ‘That bike was my absolute pride and joy’: Fury as world record-breaking...

Read about the wave of bike thefts that blighted an otherwise joyous occasion here.

Absolutely shocking. Catch them and let the biking community loose on them

Time to think about setting up an elaborate ‘sting’; follow them to the point of offloading and go in heavy.

The justice system is neither justice nor system when people like this are out there seemingly unchallenged.

Well there’s no deterrent in this country for anything. You can do what you want with no fear of getting justice from the courts. Might just as well dispand the already underfunded police, not that they get much support from some members of the public. Shall we say Pig bashers until they want the police themselves, then that’s different, then, all of a sudden they cry where’s the Police. A prime example of how cfuked up our system is, is that you get 8 years for killing 3 people whilst on your mobile phone driving a 40 tonne artic, but if you rob Ashley Cole you’ll get 30 years. The best example of justice I ever heard about was coming on for 40 years ago now, a house in the east end of London was done over. The next day everything was returned with a note saying, ‘Sorry we didn’t know’.
The house that they’d done over, the owner was a personal friend of the Kray Twins.

Said it before, these b@stards should get a good thrashing. Bet they would not be so keen to steal any other bikes😡

All great ideas that I 100% agree with, but you’ll be violating their human rights to fuck up other people’s lives, and nick their property. Don’t forget some of these Scum may have been affected by the loss of their great grandad that they never met, that went down with the Titanic. What they need is help and understanding of their mental health issues. Bollocks to that, just kick the crap out of them.

Bring back national service, teach the wee c@nts a bit of respect

Legalise the shooting of bike thieves.
My stepdaughter went to this but fortunately didn’t need to stay overnight

One of a group attempting to steal bikes was shot recently with a Glock. Obviously the gunman is now in a fair bit of hot water!!!

Should be given a medal!

As much as I have zero sympathy for the thieves and am in the “reap what you sow” camp, I also don’t like the idea of random people dishing out their own justice with Glocks in public.

It just goes to show, these thieving scum must have seen this event on social media and planned to steal the bikes. Be very wary of planning anything on public forums and social media with info about where your bike will be left overnight!

Even when people post pictures of their bikes outside their houses with street names / house numbers visible they’re taking a chance. Or on FB marketplace etc selling bike kit I prefer to meet elsewhere if it’s a local buyer - I don’t want people coming to the house, chatting about what bikes you have and potentially returning to help themselves later. Or being followed by another bike when going home…if I didn’t recognise them and they were still following once I was down our road I would ride past the house and go elsewhere.

I hate that you even have to think like this; but right now you do.

The main problem is that motorcycle theft is not treated equally, if you burgled someones house and stole £20,000 of jewellery you’d almost certainly get a custodial sentence, steal someones motorcycle worth the same amount from a locked garage and you probably wouldn’t. It seems to be regarded as a lesser crime.

Secondly, offenders are charged with the most serious offence if they commit several motor thefts, they’re not really punished for the other “lesser” offences, if you’re a passenger caught in/on a stolen vehicle, no further action will be taken, if a stolen vehicle is found on your property, the most likely result will be “handling stolen goods”, a much lesser charge than theft.
Prisons are overflowing and the CPS are under pressure to reduce custodial sentencing by not prosecuting every offence, just the most serious.
This is a mistake, other offences should add additional punishment, custodial or financial penalties.

This is a mistake, other offences should add additional punishment, custodial or financial penalties.

And THEN shot with a Glock…

Just not in the street where someone else could get hurt…

How you doing @Dawsy , you over your covid now?

Yeah mostly @Wessa thanks. Just got a cough like I have smoked 40 Woodbine a day all my life! Cycling is hard as obviously you need to breathe for that

Feel fine now though. How about you?