The weather was a little cooler and cloudier but a test ride on a Harley Sportster had been booked my partner, Rachel, so off to Leeds we went, where we enjoyed a friendly welcome from Victoria. 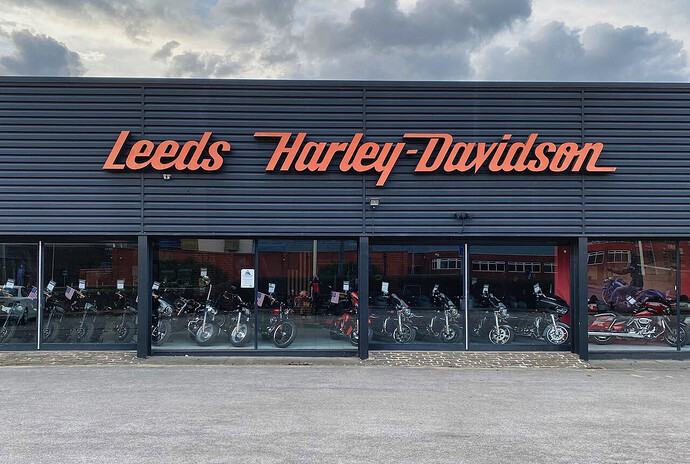 American iron isn’t to everyone’s tastes but they do call out to the open road while they’re lined up waiting for their new owners. 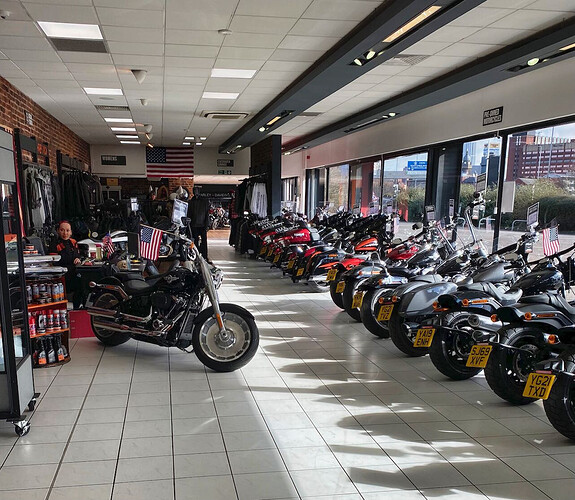 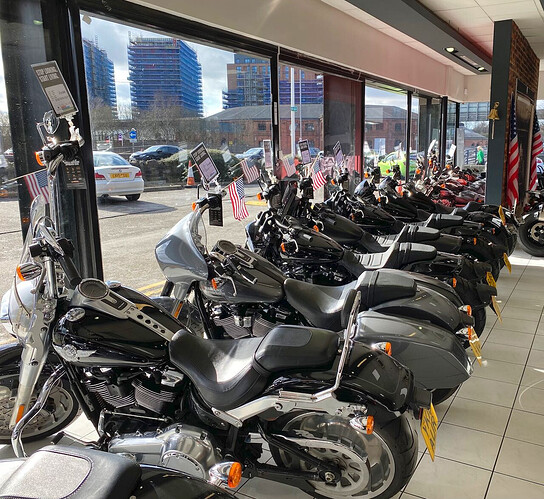 I’ve still never ridden one. I prefer something a bit sportier as a rule, but we have a trip to the US booked in a couple of months and I’m hoping to hire for a day, riding out to the Grand Canyon. When in Rome, and all that.
I had it in mind to try a Livewire for this ride. I’m not epecially interested in buying one but as I was at Harley anyway, I thought it might be an opportuity to experience pure electrical power on two wheels. Sadly, they didn’t have a demonstrator, so instead I left my bike in their car park and took Rachel’s Ducati 848 Streetfighter for a change while she got to grips with the big cruiser. 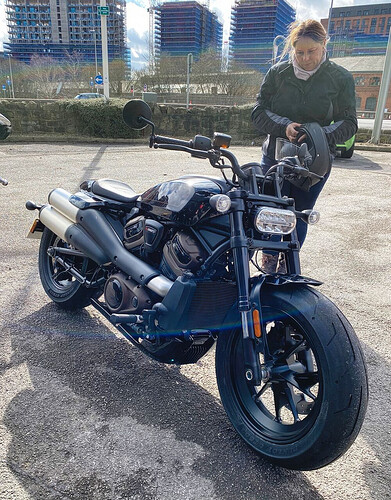 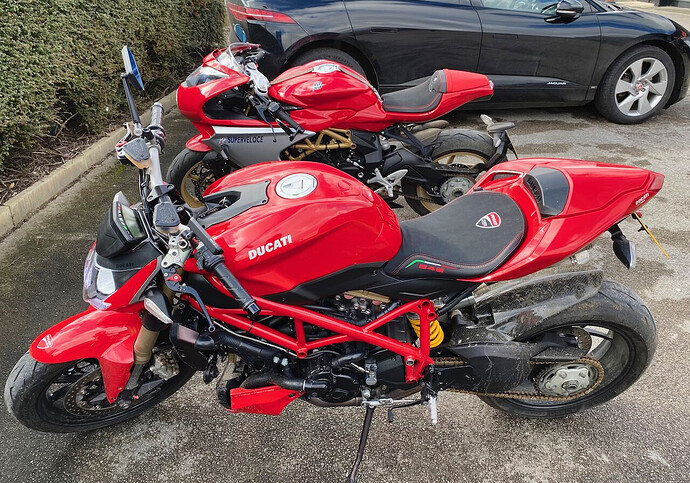 Living in Yorkshire, we’re not short of great rides and some lovely places to visit.

Our destination was Grassington, a picturesque town, full of rustic charm and tourists. We parked up on the cobbles and took a wander around. 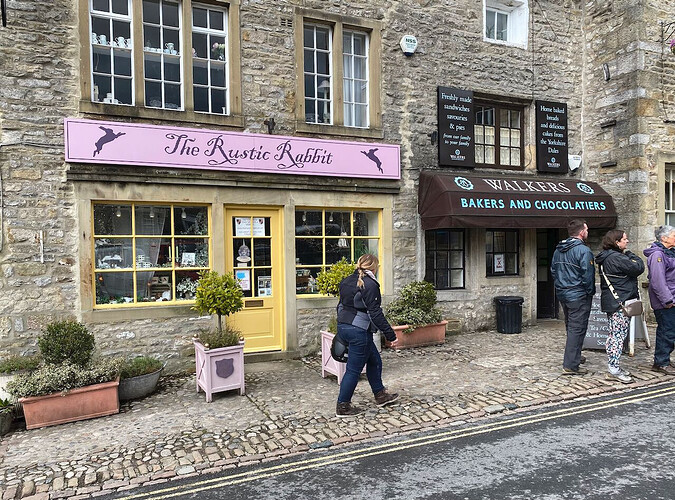 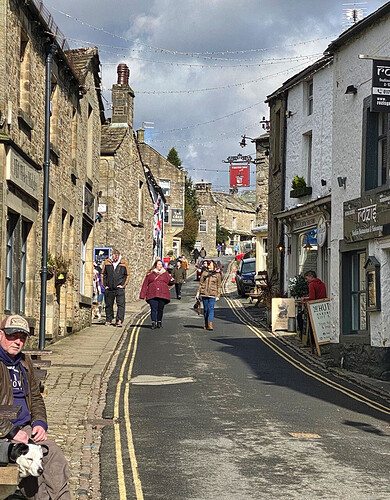 Temperatures around 10C meant hot drinks were welcome so we popped in to The Devonshire for a coffee, cluttering the place up nicely.with our bike gear while we listened to a group of pensioners discussing the merits of assasinating the Russian president over their lunch. 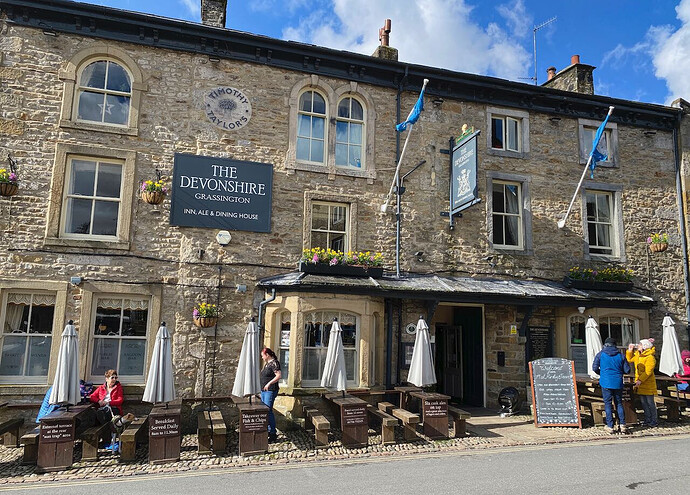 With that we rumbled our way out of town and set off for the second let of our journey. 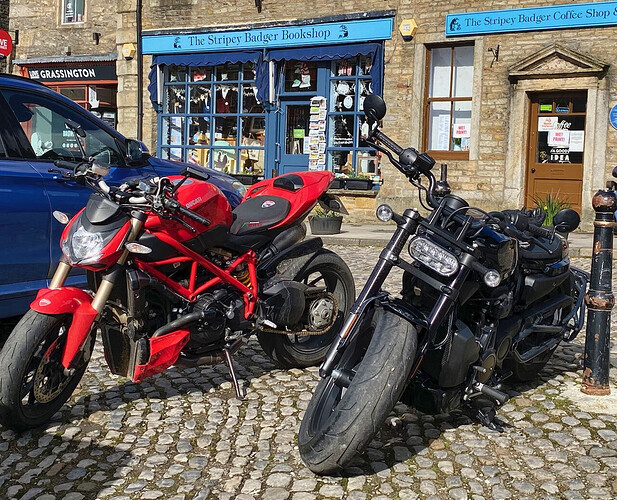 More good, fast roads heading south, on our way to check out one of the places that on our map. That’s what it’s supposed to be for, after all. So it was we pulled in to Dick Turpin’s on the A59. a roadside mobile cafe with a good line in bacon rolls. 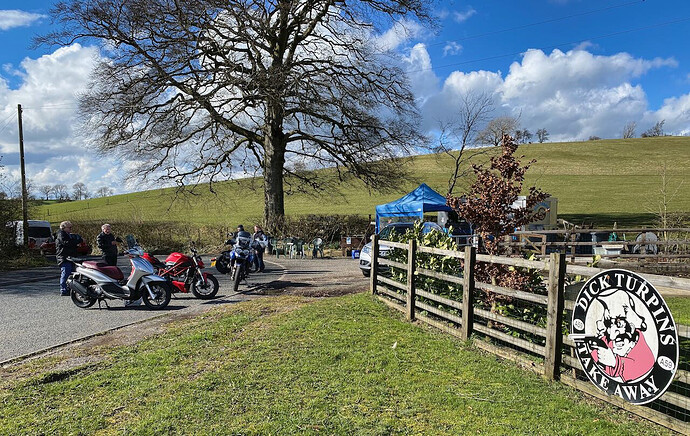 A few peope were there on bikes so, of course, we enjoyed a natter with our hot beverage and ‘lunch’. I’ll add to the recommendation by @Glenn2926 and say it’s worth a stop if you’re in need of some personal refuelling. 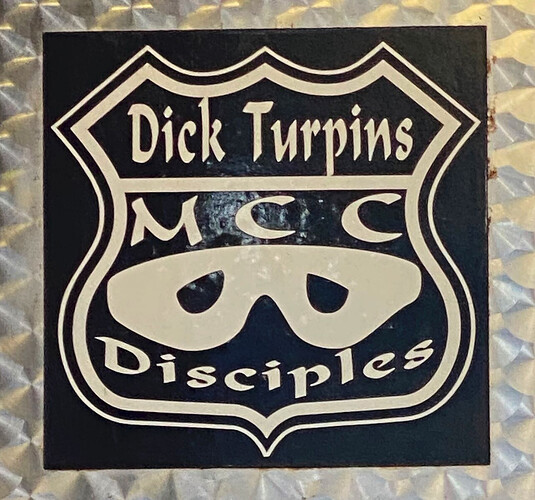 Finally, before we made it back to HD to return their bike, we popped in to Route 59, another popular biker cafe, for yet more coffee and conversation. 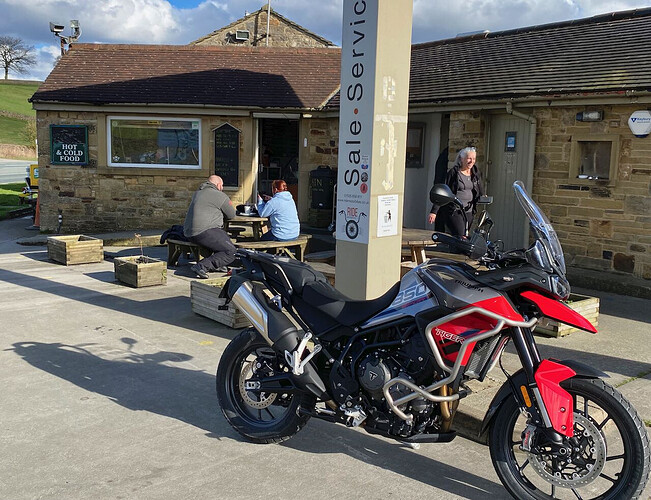 On this occasion there was a particularly shiiny Velocette parked up while it’s owner took in the sunshine. I don’t fancy those brakes, mind. 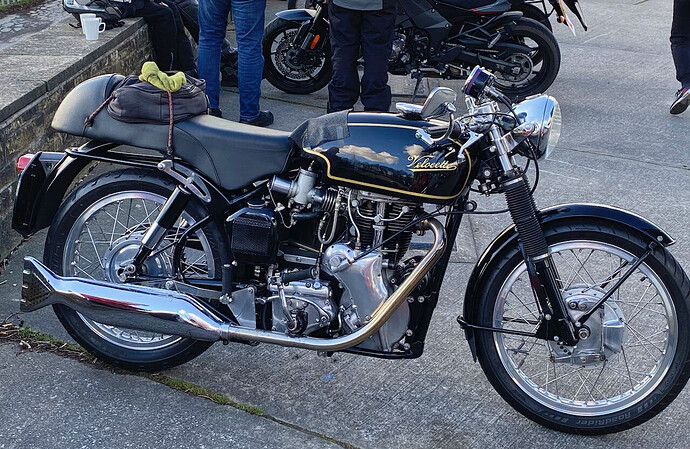 And from there we were soon back in Leeds. It took Rachel a while to get used to the Harley but once she did she really started to enjoy it and by the time we were back in the showroom she was enthusiastic about having one in the garage someday, next the the Ducati. Talking of which, that was brilliant fun in the same way my Street Triple is, though with a bit more grunt. Those Akropovic exhausts make an addictive howl!

Spring is on the way above the equator. This felt like the first proper ride of the year, with many more to come, hopefully!