A day out and about

This morning I found myself for a second day feeling stressed and anxious about things that didn’t really warrant it, so I decided I needed a change of scenery, not just figuratively but literally as well. So I got out my satnav and picked some waypoints in areas away from my usual routes and let satnav’s windy setting do it’s thing.

Once moving I felt instantly better, however I shortly found my neck hurting despite my conscious efforts to try and relax my shoulders. I didn’t want a bad neck to cut things short so I pulled over at a convenient spot and necked a couple or paracetamol and ibuprofen tablets to make doubly sure. 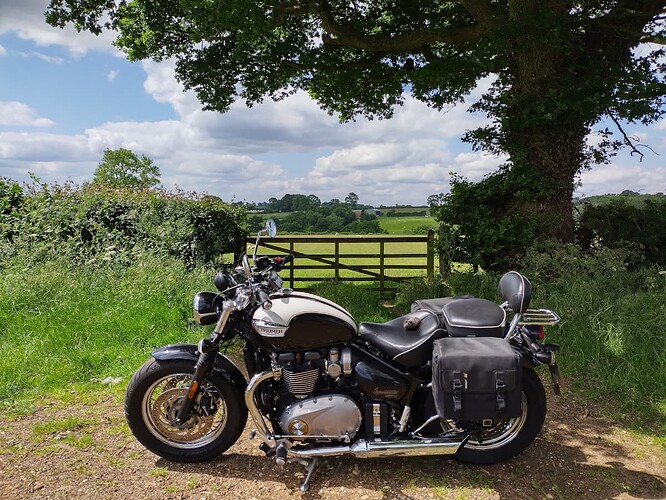 It wasn’t long before I was feeling properly mellow riding through the sunny countryside, and satnav produced a good mix of single-track roads past farms and fields and more sweepy B roads. Adding to the happy feeling was the new rear tyre I fitted last week, so bike was smoothly and confidently steering around bends and obstacles.

After a couple of hours I was starting to feel hungry and in anticipation of this one of my waypoints was Sywell Aerodrome as I remember that had amenities when I went to a forum meetup there a couple of years ago. I got there 15 minutes before they started serving lunch, but the place had a bit too formal a feel about it for my comfort so decided not to stop. Instead I set satnav for a back-road route to Market Harborough and ended up getting sandwiches from the Co-op in the town centre. Eating them in the car park didn’t feel like the relaxed lunch I had hoped for when I set off, so I decided to head to Uppingham for desert and a coffee. Again, I made satnav divert off the usual route (B664) for a change of scene. 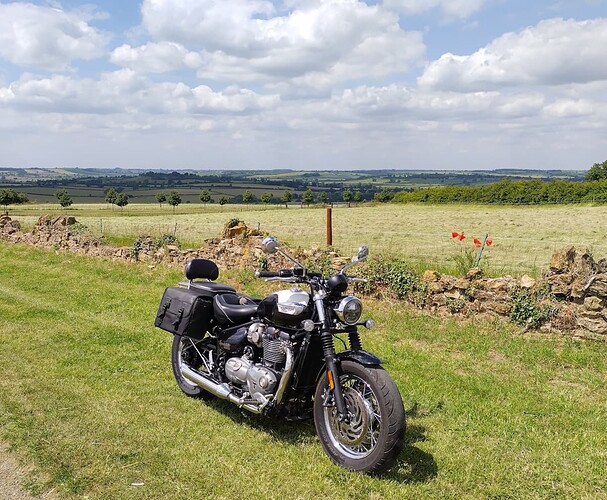 Once at Uppingham I could park up in the square and sit down to some refreshments. 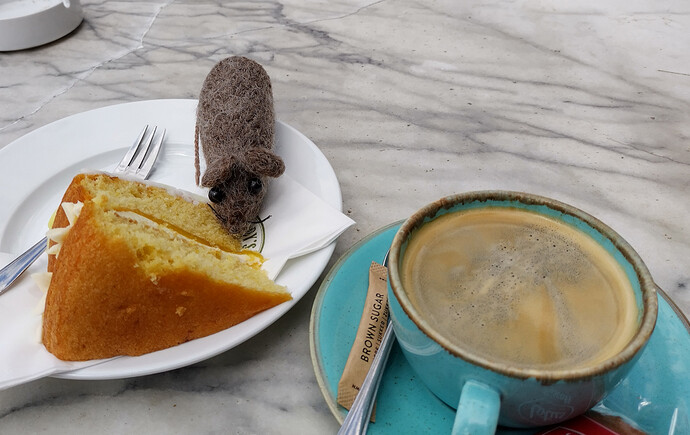 It was now about 2pm but I didn’t want the day to end, so was torn between plotting a route home or filling up with fuel and heading further afield. In the end my aching back decided on the former for me. Sticking to my plan of for the day of taking the roads less travelled I plotted a route between villages off the major routes, down some roads I’d never been on, and some that though I’d been on, never in the direction I was this time. One of those had a hill with a great view, (which phone camera doesn’t do justice). 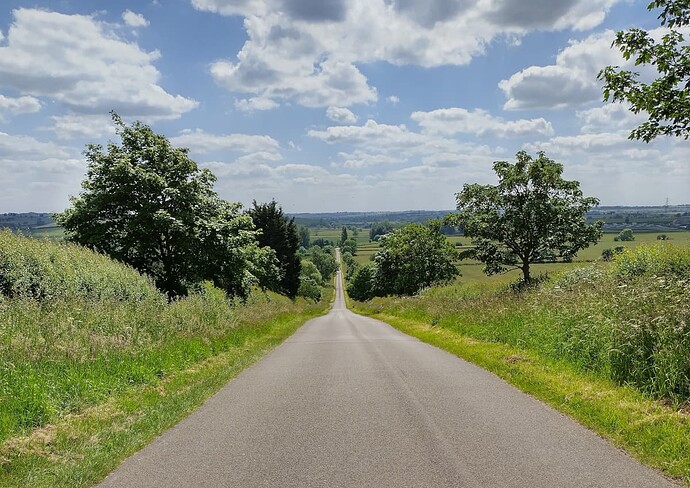 When I’d got to my local petrol station I’d done 145 miles and still had one bar of fuel, so at 66mpg, chilled out riding is also frugal.

Once home a front tyre was waiting for me, I’d ordered this when I’d got my rear but Avon were out of stock and had to make me some.

Can’t get much fresher rubber than this… 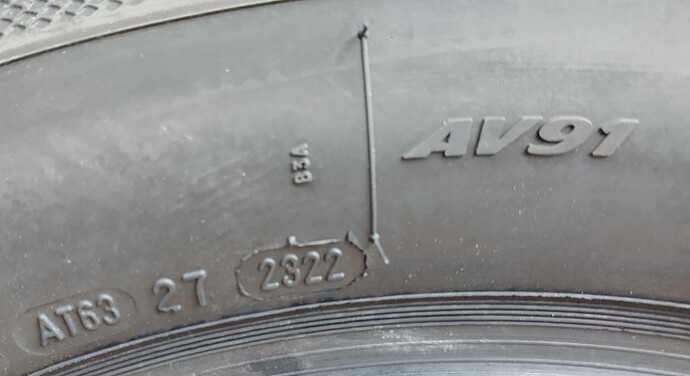 I’m considering a ride out that way on Friday. Foxton Locks, B664 and round to Hungry Hogs maybe. I love that road between Melton and Market Harborough.

I’m considering a ride out that way on Friday.

BTW @BrownMouse if you fancy getting a bit further north, Bouverie Lodge just before you come into Nether Broughton has a cafe serving venison and bison burgers, among other stuff. They rear and shoot (yes,shoot) the bison on the farm. Nice little stop for something a bit less mainstream.

I love that road between Melton and Market Harborough.

I usually avoid that being as there’s more traffic. Road west from Tur Langton through Crano to Uppingham is nice. Quieter and not yet been blighted with 50mph limits. Or rather than going on to Uppingham, turn south past Eye Brook reservoir to Great Easton then north east for the B672.

has a cafe serving venison and bison burgers, among other stuff. They rear and shoot (yes,shoot) the bison on the farm.

Thanks for the tip. I’m usually vegetarian, but should I fall off the wagon…

…or a bit further still, the Old Wharf Tearooms in Hickling is a pleasant coffee and cake stop 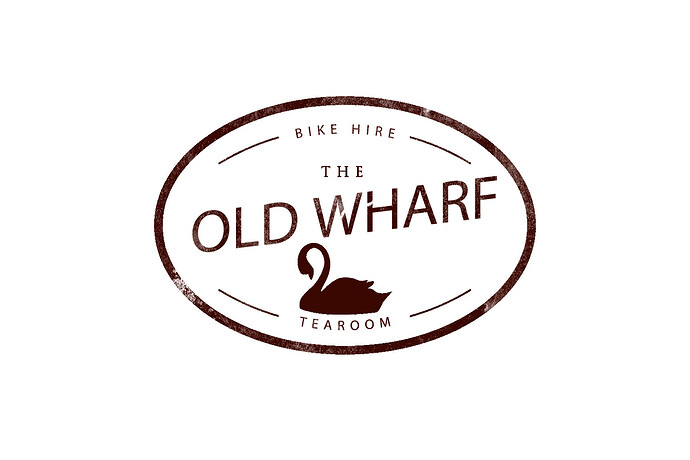 @BrownMouse the day out sounds like just what you needed; I am very familiar with feeling stressed and anxious about things that don’t warrant it and have already found that just the sound of the bike starting up goes a long way to easing those worries. It looks like a lovely ride out in perfect weather so hopefully you’re feeling much revitalised!!

Looks good. Usually when I’m in that area it’s when passing through to the east coast. Perhaps the next time I looking for fresh pastures I’ll explore around there. Might also be a destination for a short afternoon trip with Mrs Mouse.

You can’t beat a lazy day out on the bike to relax and take you to a happy place.

Assuming you don’t get too many (or dare I say no) car drivers trying to take you out.

Got to avoid them as best you can, but yes they can make you very angry and not happy and relaxed.

This was me very happy last night at 9.50 pm riding back from an excellent meal in Yarm. I didn’t see another car (outside of Yarm) all the way back. 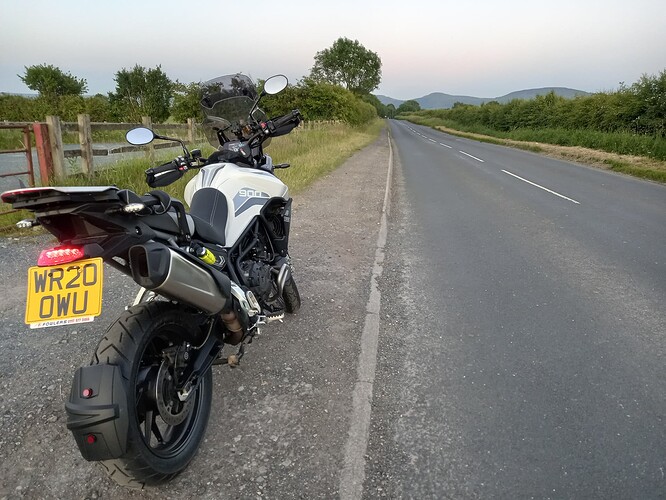 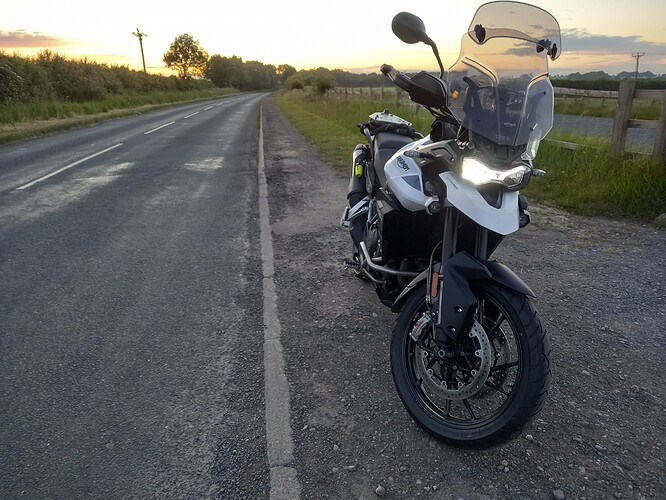 Yarm, the only place in the world that is packed on international shite night (Tuesday)

Today I decided to do the shopping on the Tracer so I went to boring old Asda and bumped into a boring old mate and we had a cup of tea and a chat. Then later I went here :- https://www.bolstermoorfarmshop.co.uk/
to get a pork pie and two sausage rolls:- 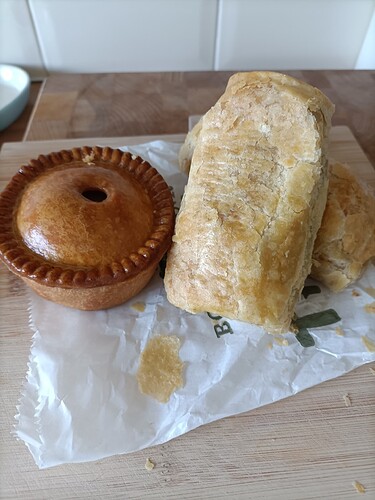 RideToBolsterMoor 0091920×2560 286 KB
Yum yum. They are great pies and the sausage rolls are even better, I will have one when I get back from the pub tonight. 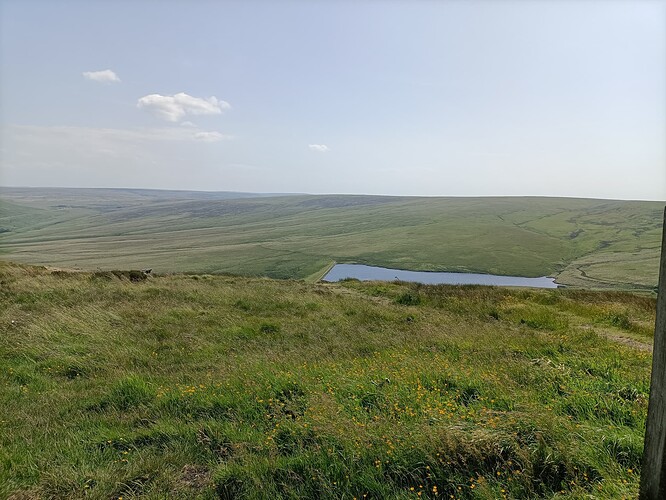 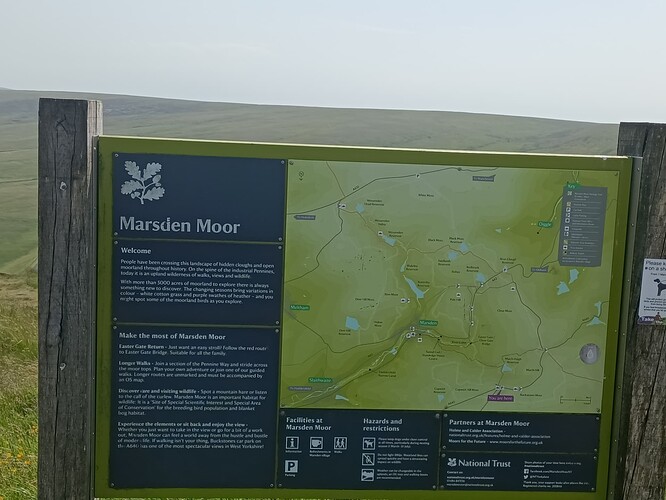 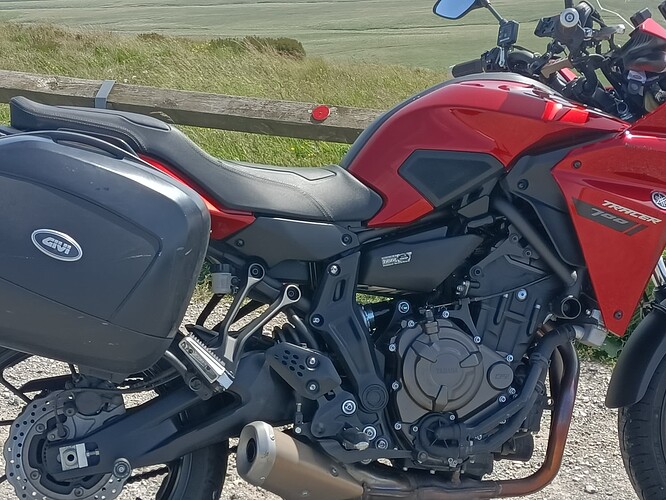 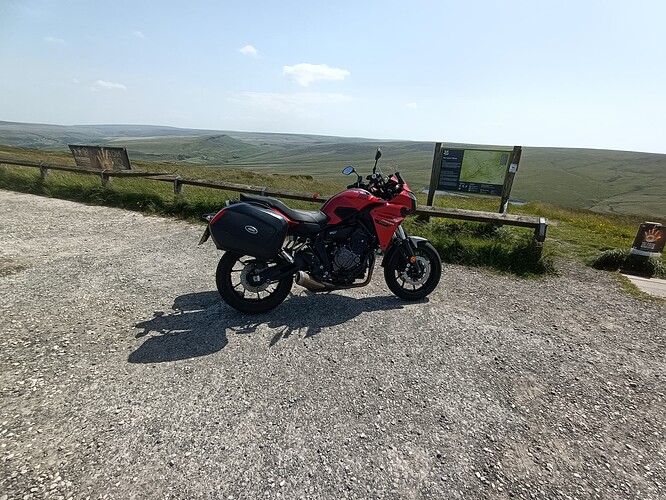 As with most moorland roads though the surface is very uneven so you tend to get airbourne quite a bit and it hurts the back these days. If you’re ever round these parts, I can recommend Bolster Moor Farm Shop Cafe as a place to eat either for breakfast or later in the day up until about 3:00 pm.

By Jove, it must have been warm today, as my dear lady wife came out on the Bonnie with me. I don’t think she wore any thermals either. Pleasant little tour of the Dales, lunch in Tideswell with its unfeasibly large church, coffee at the Barrel lnn @Wessa posted a pic from here the other week. Ice cream at the Tagg Farm Dairy in Monyash on the way home. Really good. No pics, l couldn’t be arsed, and Rosita just takes pics of her thumb or the floor most of the time. Now dozing it off on the back garden in the currant bun