Are we allowed to talk about guns?

I’m sure l’m not the only one on here with an interest in guns. Used to hold a shotgun certificate and had three guns, lapsed my ticket so my mate looks after them now. Got a couple of air rifles, and today decided l can’t be miserable all my life so treated myself to this. Going to be a lot of fun l suspect. CO2, 0.5 cal plastic rounds. Or paintballs 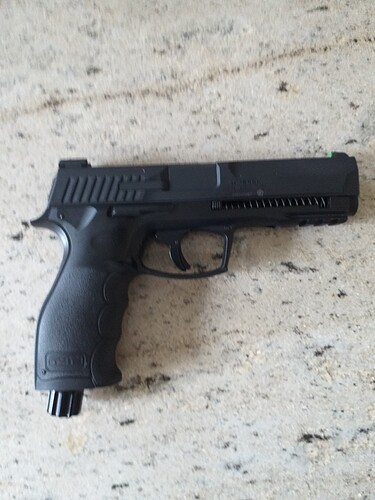 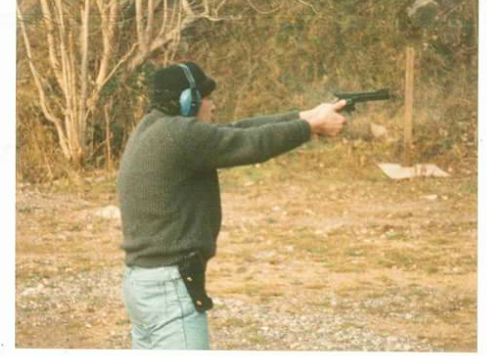 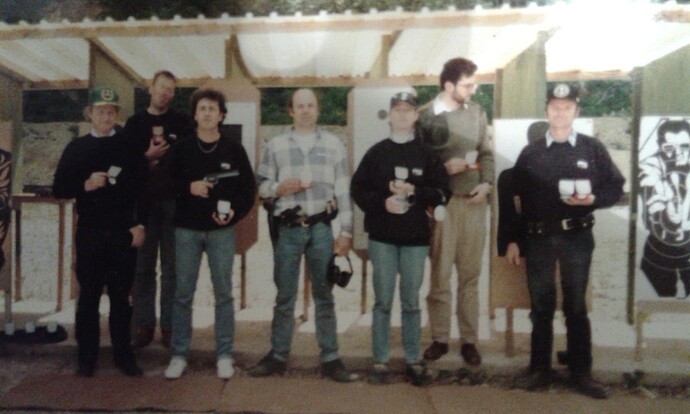 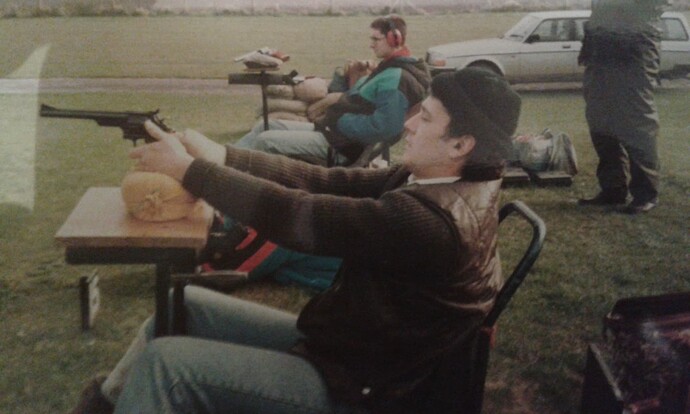 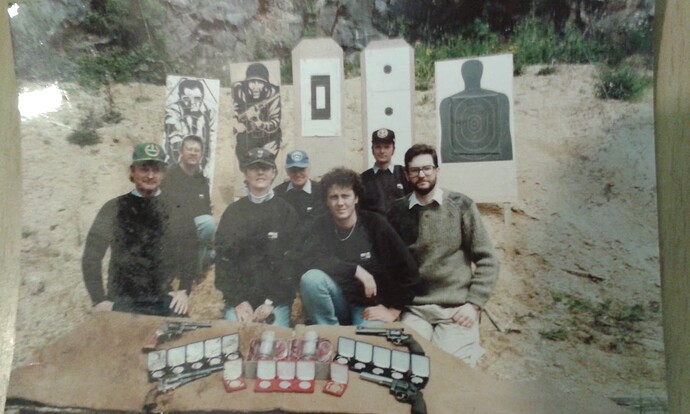 Top picture is me shooting police pistol, that’s a .38 smith & Wesson frame with a bull barrel and and adjustable sight rail built especially for me by Shield gunsmiths in Devon. Next picture down is the pistol range we built in Gurney Slade in Somerset, it was the largest pistol range in Private hands in the uk. 3rd picture is me shooting long range pistol, its a model 57 .41 magnum Smith & Wesson 8 3/8" barrel, shooting at 100, 200 & 300 metres with a standard out of the box pistol. Last picture is from the cover of Target gun 1988 with the small elite club i shot for, that year we all attained Grand Master.

I had a shotgun years ago and used it to shoot rabbits and pheasants for the pot, but I lost the taste for killing things (if not for eating them) and gave it up quite a long time ago.

I was born and bred in the sticks, shooting shotguns, air rifles and rifles were kinda normal behaviour. It’s just not high up on my priorities any more…

Guns have not held any appeal for me. Had to use them when in the military, but never bothered since I have been out of that environment.

@TheRevenant Are there regulations around ownership?

Other than being over 18, no. Quite low muzzle energy, something like 6 Joules. It’s a lot of fun to use, just wish I’d bought some paintballs while I was there.

PS although no stipulations about storage, I’ve still got my shotgun locker so prob bung it in there.

We’re not allowed these toys in NI

To answer the topic title, yes, but we don’t need opinions from people who think this is the only sensible future to keep people safe.

The last country I shot competitively in was Northern Ireland, Sharps Missiles Trophy. Northern Ireland was the last part of the United Kingdom to ban the use of full bore pistols in private ownership. Alot of people think you had to keep firearms in a club but in fact all our firearms were kept in gun safes in our homes. When we flew to shoot abroad, Germany, U.S. etc, we carried our pistols in hand luggage on the plane (yes really), they weren’t allowed in the hold as they could fall into the wrong hands.

I’ve been to a firing range a couple of times when I’ve been to the STates. Just pistols and revolvers against paper targets. I wanted to try the Desert Eagle but they didn’t have any ammo for it when I was there.

I used to attend IMI ballistics days, last one was at the Devizes Tunnels range, where I met Michael Ryan (I didn’t know who he was at the time.) We were shooting At a penetration testing day with the full range of Uzis at whole pig carcasses.

Aye I ment the Co2 pistol, cant buy them here, you need them on a firearms certificate. We have to plug the magazine on semi auto and pump shotguns too. Only allowed 2 cartridges in the mag and one in the spout.

I suppose attack helicopters are right out then…

Only if they’re only shooting paintballs.

Since Hungerford that three round ruling on shotguns has been enforced here. I sold a really good Mossberg pump action rather than get it bunged up. I sort of get it though, and l always felt a bit of a hooligan using it, but it was cheap and tough, ideal for wildfowling on the salt marshes.

Did the same with my pistols and two rifles, the government compensation scheme was an absolute joke.

I had an old browning semi-auto, but never liked it because it doesn’t feel safe, hated being near anyone else with one either. Reason being you can’t break them like an ordinary shotgun. Didn’t like the saftey so close to the trigger either.