Battle of the bands

You can only save three of these British bands from being erased from history. It’s your choice… 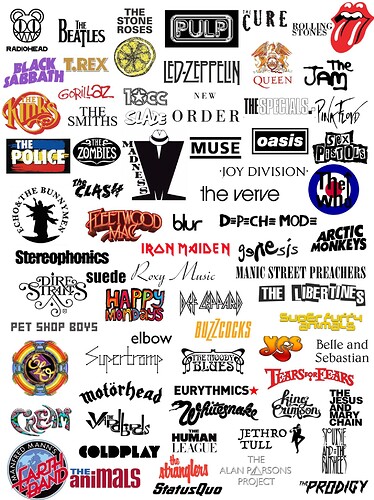 Led Zeppelin, the Police, The Beatles.

easy choice for me, despite I like most of the bands in the picture

Black Sabbath, Zeppelin, Motorhead if only going by that list.
Where is AC-DC and Budgie?
What the hell is Coldplay doing on there?

I like a lot of the bands there too, making it very difficult eh? But thinking about long back catalogues and varied musical styles, I’d probably plump for Black Sabbath, Genesis and Jethro Tull

I went for Floyd, Yes and Genesis. I have albums from all of them in my collection that I would immediately have to rush out and buy if I didn’t already own them.

Like those before me I like most of the bands in that list. If I have to choose three it would be Led Zeppelin, Queen and Fleetwood Mac.

Coldplay are like the random crew member from the old Star Trek series, you know they are only on screen so they can be killed to make the others look good

stones, prodigy (with keith of course) and radiohead.
And the wurzels/chas & dave…

Led zep, Jethro and th’animals off that lot but why aren’t Deep Purple on there ?

I replaced ELO with the clash, this is too hard.

In case anyone hasn’t noticed, I’m keeping a tally in the first post.

Cream, Dire Straits and Pink Floyd for me

Budgie are brittish (Wales) but sadly went pretty much under the radar. Definitely deserved more recognition and definitely would be in my top 3! I suppose ACDC aint technically brittish.

I agree that Budgis is an omission, as with Deep Purple (as Andy pointed out), which is even more outrageous.