Early March. Spring still springing, getting up to temperature, but warm enough for a ride to the coast. For this run I left the Street Triple at home. It was the MV that got wheeled out the garage as @Motopulcino fired up her Streetfighter, the Akropovic ensuring the neighbours were fully aware of our impending departure.

First stop was for the obligatory rideout fry-up. Breakfast of champions. Everyone knows bacon makes you a better rider. Actually, it was more like lunch of champions by the time we pulled in to the Strawberry Fields cafe, just south of York. 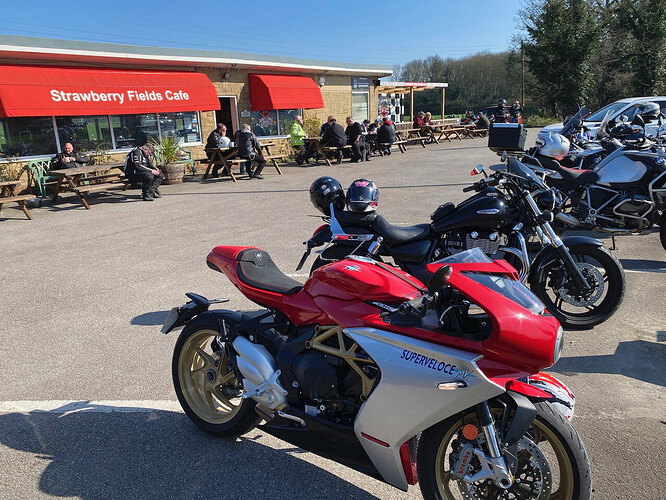 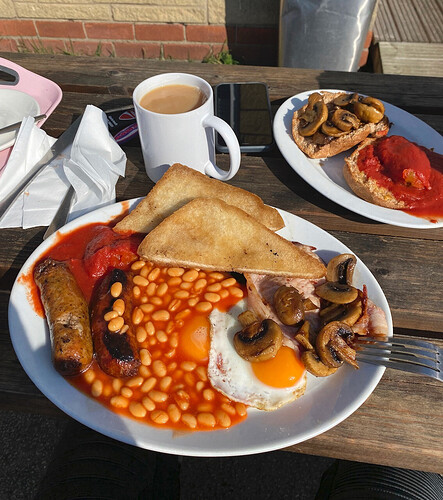 The clouds had parted by the time we arrived. About a dozen bikes gleamed in the sunshine, lined up in front of the single-story cafe. Service was quick and the food excellent. Too many of these sausage emporiums offer disappointingly cheap ingredients but not this one. Definitely recommended for the hungry biker. 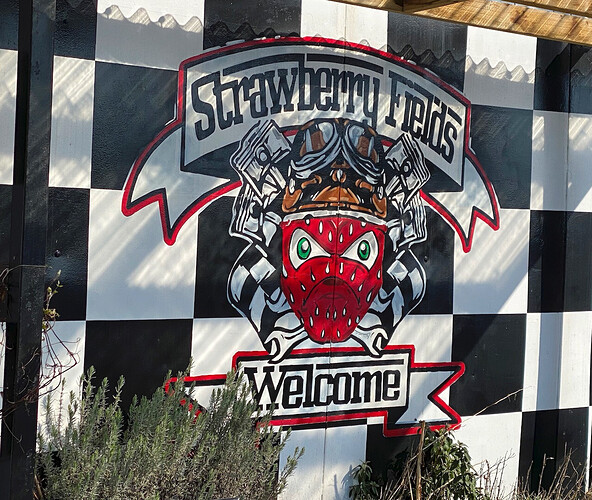 Suitably refuelled and ready for the second leg of the journey, we saddled up and headed for a second coffee stop at the Seaways Cafe, another popular place for bikers. 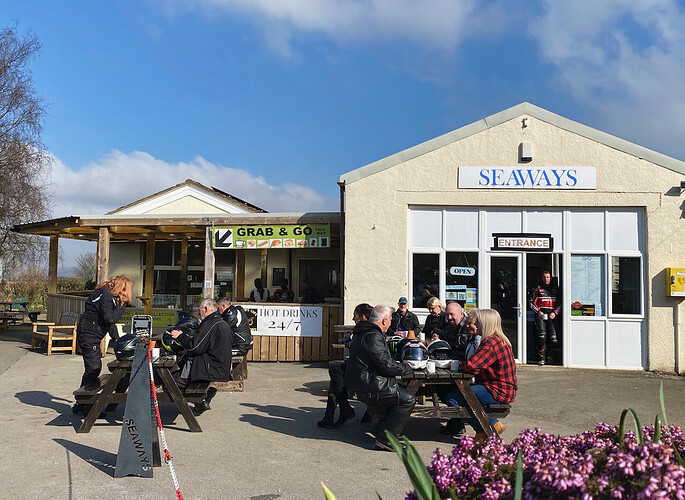 Lots of metallic eye candy to be had here. The cafe is a decent size and there’s plenty of space outside. 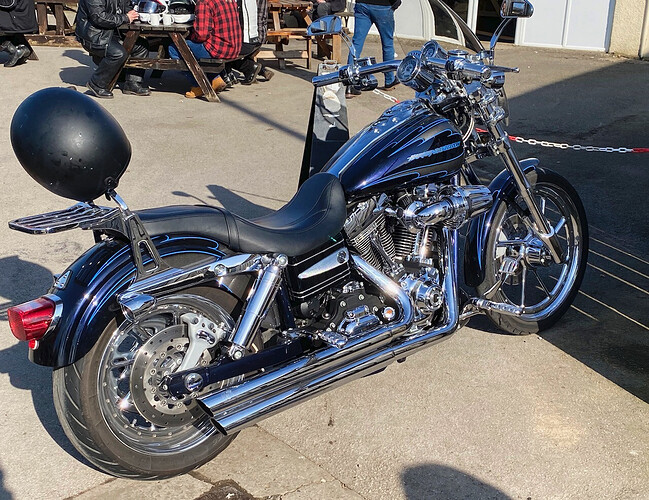 I like to think we added a little colour of our own. 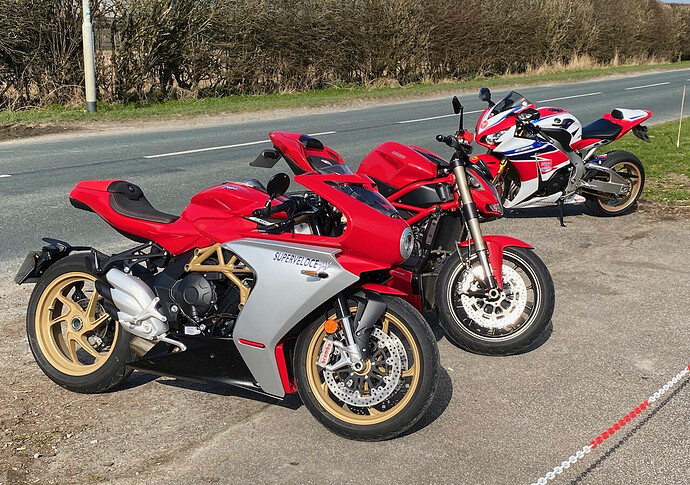 After a good look around to see what other people were riding that day, and a quick check of the map to confirm which direction we were going, we headed for the coast.

Over the years I’ve lived in the north of England I’d heard various good reports about Bridlington and finally here we were. I was quite looking forward to seeing it at last… Riding in to this northern seaside town was like turning up for a blind date and finding it’s Piers Morgan,. You stay just long enough not to appear rude, and make a mental note to shower when you get home.
It was awful. Gaudy and tired, like so many coastal towns in this country. Cheap attractions and unappetising food everywhere. These two shots were about as good as it got. 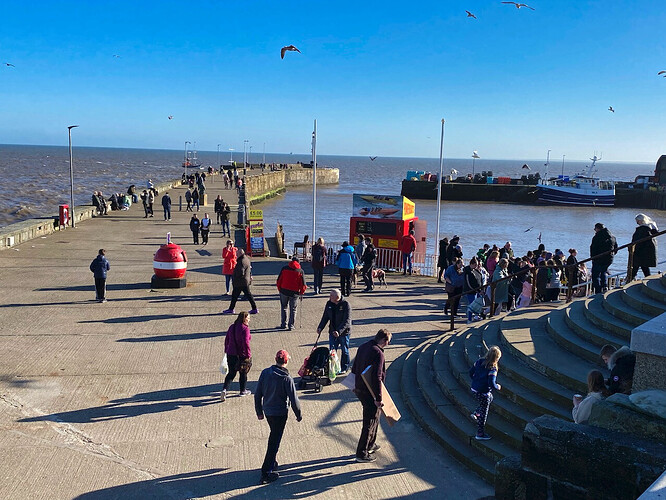 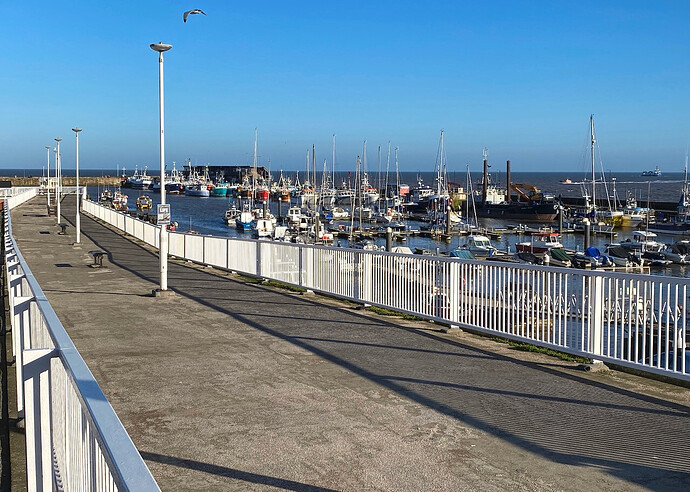 We took a walk along the promenade, grabbed a coffee in a cafe where it was still 1975, then cut our losses and rode home. Still, it felt like the biking year had begun.

Pulled from the other forum and updated for this one.

Not been to Strawberry Fields yet but it’s on my list.
Managed to get to Seaways a couple of times - a nice ride down for me through Helmsley and Malton.
Also mean to try Fimber Cafe - basically a hut in the woods off the B1248 near Driffield (post code YO25 3HD) seems popular with bikers so worth a look.

You stay just long enough not to appear rude, and make a mental note to shower when you get home.
It was awful.

You reminded me of the time we took our kids to Skegness (it was a car club run), they were about 10-12. We had ALWAYS holidayed in Cornwall or N. Devon, the shocked expression on their faces was hilarious, nasty looking place and “why’s the sea that colour dad?”

I know exactly what they mean.

Excellent. Bacon. I rarely eat it, now I shall consume much more and watch my skill level soar