Anyone watching the news atm…

Yup, Truss up with the bradey bunch, she’s toast.

What a shower of inbred back stabbing self serving arses! She was useless but the rest of the tossers voted for her as the “best” option. Anyone that wants to be a politician should be sent to the South Pole in their underwear 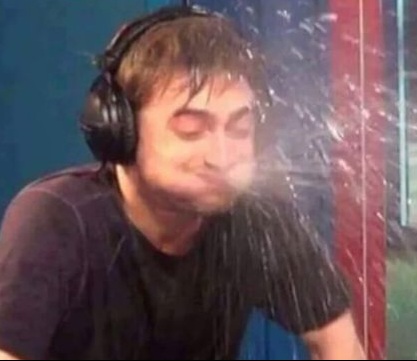 Well you’re never going to get anything else.

We can and have done a great deal better than Bojo the Clown.

Not entirely: he lied to the membership about his policies to get elected leader, and since then has been moving steadily to the right. However, compared to any of the Tories, he’s the lesser of two weevils.

In his favour though, he’s entertaining and he got Brexit done. Maybe not attributes to you but they are to me. As I consider all politicians to be lying low-life scum, he’s no different in that respect. I still think he’s a total *rick though.

When he was voted in, it was him or Corbyn and his acolytes… not much choice. Surely the Cons have more depth than to reinstate the greasyweasle that they have just and so booted out of power for being a lying, immoral egocentric???
(Someone did mention barrel scrapings already, didn’t they?)

“Got brexit done” ??? They fucked brexit up, I voted to leave the EU for many reasons but the shambolic scrabbling around shows that He didn’t believe the country would vote to leave, they misjudged the feeling in the country and made no major plans to avoid disruption and were making it up as they went along, Boris lack of planning and eye for detail has been reported by his colleagues and civil servants since his demise and also that he was lazy and didn’t listen to advice. Last thing we need now is a Lazy prime minister who can’t be arsed to go into the details and is fundamentally dishonest.

In his favour though, he’s entertaining and he got Brexit done.

I don’t want an entertainer, I want a competent leader in charge. And as for getting Brexit done, none of what was promised has come to pass and it’s damaged the economy. It was all hubris and nationlistic hyperbole. Johnson shouldn’t be in parliament, let alone Prime Minister.

Yes they fucked it up well and proper. When I say he got brexit done maybe I should have said he got us out of the EU as opposed to Teresa May who would never have got us out. It annoys me greatly how they’ve fucked it up and given ammunition to the remainers.

I don’t see any competent leaders on the horizon Saul. I think you might need to consider emigrating if you are serious.

I hear North Korea has a charismatic leader and a well structured government.

Are you saying this country is a lost cause? Seems that may be the trend.

Yes they fucked it up well and proper.