I mentioned Earnshaws in another post earlier. They’re not affiliated with any manufacturer these days, selling just “good quality” used bikes. I’ve just heard tha they’re going to stop selling bikes completely and expand their clothing range across the whole store. Know you anything of this, @Tigcraft?

I suppose it could be true if they’re looking to get in to the market between Leeds and Manchester.

I didn’t realise Earnshaws are also a bicycle retailer.

Yep! I know all right!

Suppose you want an answer? Sold out to a motorcycle clothing company who’s bought the clothing stock but not bikes. One of the of Earnshaws brothers will still be trading in the basement selling bikes.

Are they still going to run the training bit for motorcycles?

It will be nice to have a clothing store closer than Leeds but it’s a shame they’ll not be selling bikes any longer. They used to keep an interesting and varied selection.

You missed that bit then, one of them will be selling bikes and hopefully in the basement

Oh, I thought you meant the pushbikes.

Those are being kept on too as far as plans go

Bought my Mille from Earnshaws back in '02 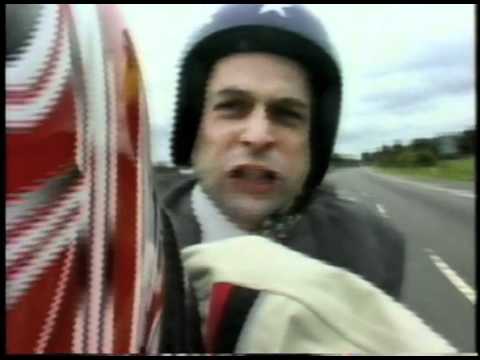 Ha! Not sure how they got away with that.

This is the late doctor John, at Tornagrough corner on the UGP circuit on a demo GSXR from GS motorcycles…

Very good and even better considering how long ago it was prob filmed, epic.

@HelmutVisor Just watched that video and wow it was nuts beyond believe!! Definitely outside Earnshaws!!