In our quest to find some bikes to ride we ended up at the local Triumph (and BMW, and Aprilia etc) dealership in Vegas yesterday. 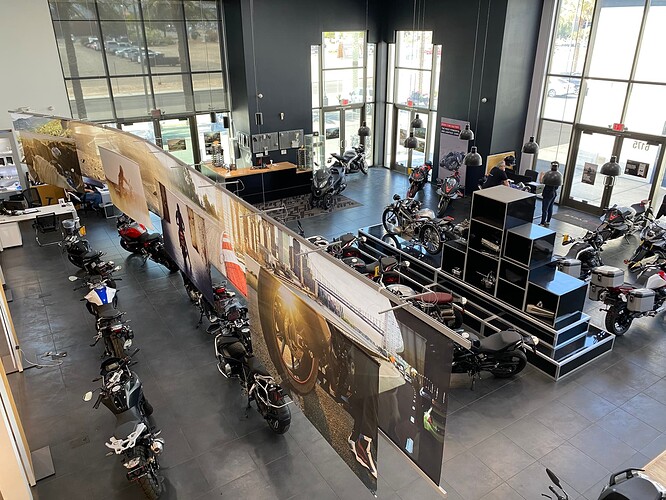 Lovely people, as you’d expect, and some very shiny bikes that are unlikely to see water that hasn’t been applied with a sponge. 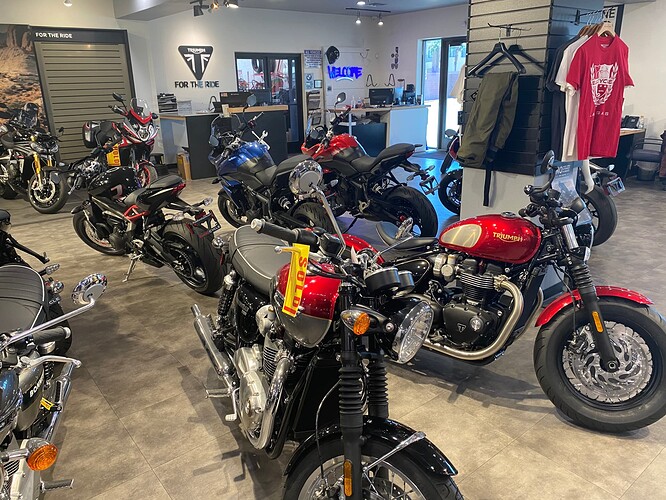 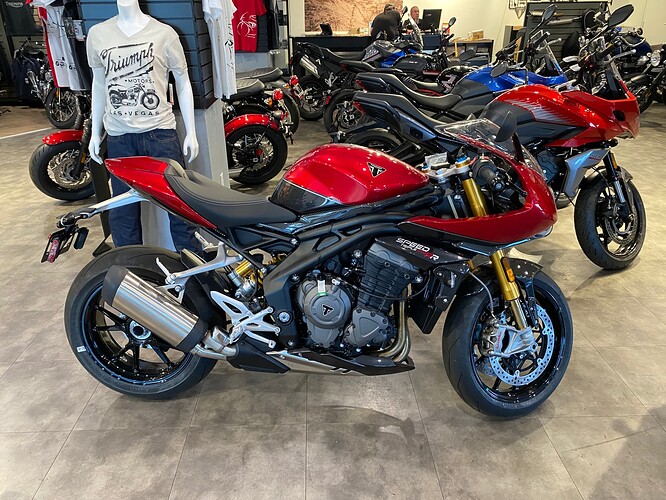 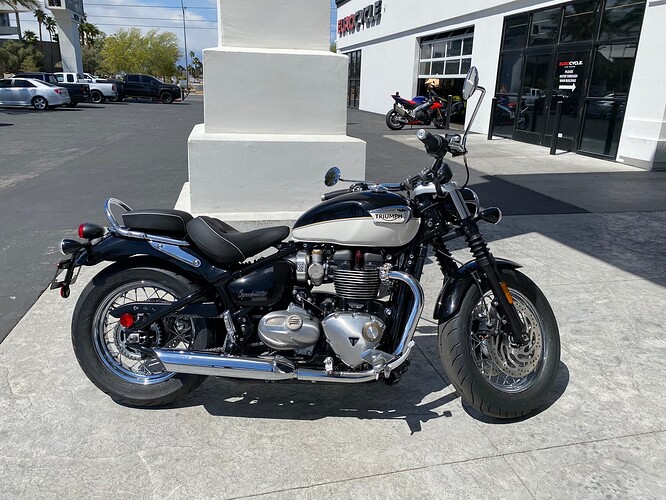 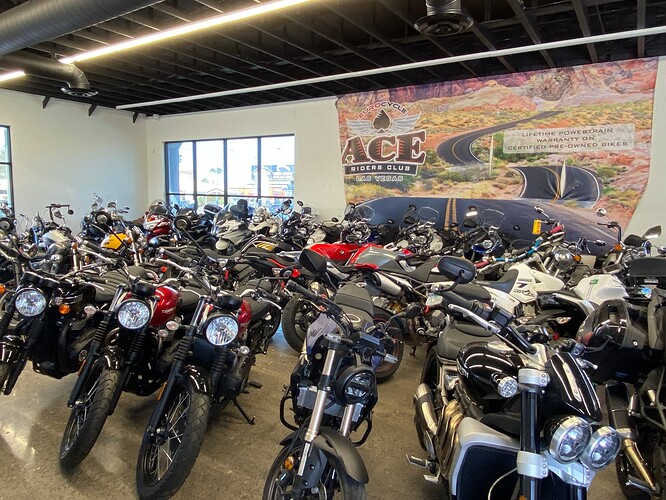 It’s a bit weird being so far from home and seeing the Triumph logo on the wall. Like finding an English pub in the desert.

The idea was to pick up a couple of Harleys but they only had Glides and I prefer the soft ails and less bagger-style bikes, which is why we ended up at Eurocycle. Sadly, they no longer have a Rocket 3 for hire as it was chewing through tyres from excited riders turning off the traction control and giving it the beans. In the end we went for (don’t judge me!) a couple of BMWs. 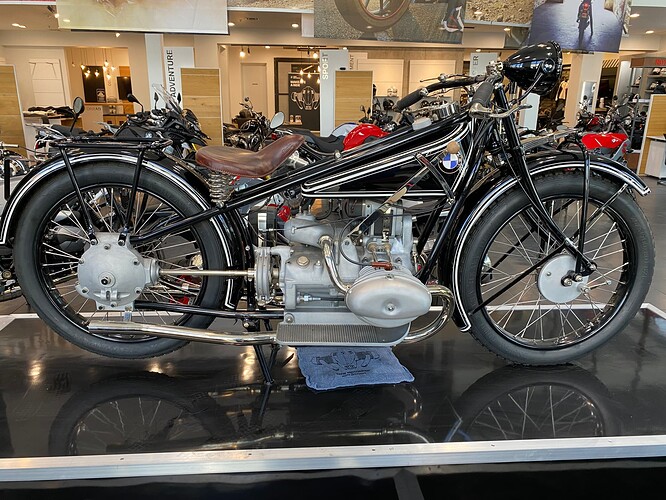 No, that one. These… 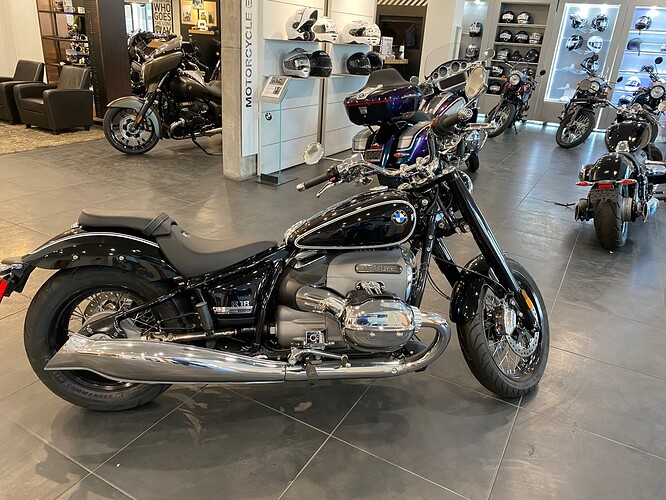 The guy at Harley has given us a great route that I’ll write up elsewhere after we’ve been out today/tomorrow. But now it’s time to get and hit the Strip.

I can’t get past that exhaust enough though but a nice bike?

I wouldn’t buy one but we wanted cruisers preferably, and I have been curious to ride one.

I’ll be interested to hear what you think about them. I quite like them, I know they are not everyone’s cup of cha and are not going down too well. (A bit like that BMW R 1200 cruiser that really was 'orrible) I can see a hack saw would help no end but the lines are good. Also wondered about the footpegs being where they are as they couldn’t go any more forward.
Enjoy them, I expect it’ll be a really great trip.

Sure, I’ll give the low down from our perspective (Rachel and I had one each). Long trip out today so we got a feel for them. Not a particularly auspicious end to the day, unfortunately, when the car park barrier smacked Rachel in the head. Not the bike’s fault though.

Also wondered about the footpegs being where they are as they couldn’t go any more forward.

Yeh, when I’ve seen reviews the riding position looks very cramped, not being able to even get legs to 90° seems wrong for a ‘cruiser’.

I think the older BMW looks comfier, that 18 looks like a barge but I’m sure it is a better ride than it looks, and a useful tourer too.

Ditch the exhaust, put a Vincent style seat to bridge the gap between the tank and rear mudguard, flat bars, rearsets and it wouldn’t be a bad bike.

I wouldn’t want to own one, but I wouldn’t mind plonking about on that beemer just to see what it’s like. (Same could be said for most bikes tbh

Looking forward to the ride reports

I’ve only got my phone with me here so I’ll write up when I’m back, Sunday or Monday.

Yeah, Rachel’s ok. Bit of a sore neck and we decided not to ride today on doctor’s advice.