Alongside my Thunderbird sport…

Long story short (ish), it’s boiling over and having checked etc all the cooling system I csme to the conclusion that the head gasket must be blown between the exhaust and coolant passages.
The reason being that it’s so heavily baffled to pass sound check that the back pressure has blown it (?).
It’s fine idling, but on track, higher revs/under load it boils and blows the coolant out of the overflow.

So (I’ve never done this before

), I removed the head to inspect the gasket … I have no idea what a failed one would look like!

There’s no obvious crack or split (I assume that it will be a very slight failure seeing as it holds until a lot of pressure is generated). There is a black rubbery like layer between the metal layers which seems to be missing or deteriorated in places, shown in 1 picture slightly blocking the coolant hole, is that a failure?

Does anyone have the experience to tell from these pictures? 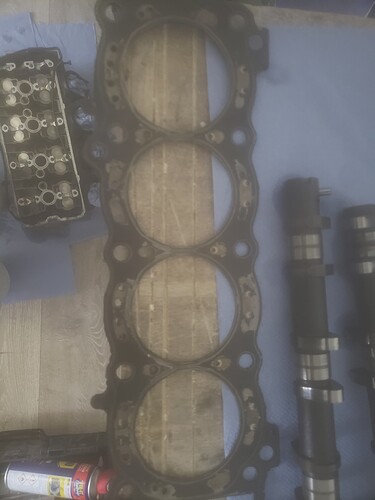 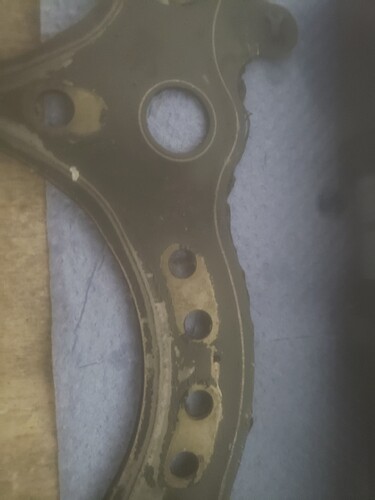 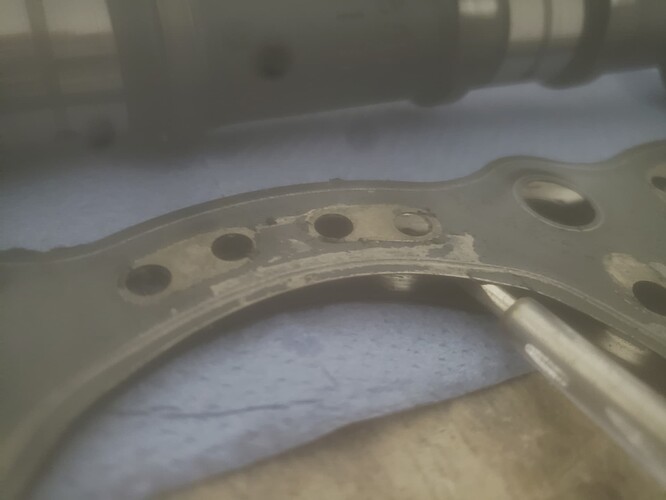 Any help would be appreciated, cheers Chaps!

Use this for spare parts!!?? 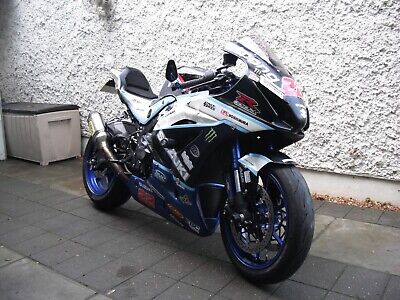 Find many great new & used options and get the best deals for Suzuki GSXR 1000R 2017 Track Bike with MOT. Low miles. at the best online prices at eBay! Free delivery for many products.

Ooooo, it’s black too … she probably wouldn’t notice the difference

Until a real expert comes along, just this: Have you checked the condition of the spark plugs? Is one (or more) very clean, as in steam cleaned?

It’s delaminating i think, could some material be blocking a coolant gallery or the radiator? I’d start by flushing the radiator then checking the thermostat in a jug of water, also replace the head gasket. I’m surprised you are running coolant and not straight water or waterless coolant.

The plugs have only done 1 day at brands, they’re all of equal (slight) discoloring.
I had done a full service, including flushing the rad, I don’t have the experience to know how quickly water should pass through it, but it did.
I also replaced the rad cap and checked the water pump.
There isn’t/wasn’t any cross contamination between the oil and coolant.

I havent tested the thermostat, but the cooling system works perfectly at idle. In that it warms up, temperature drops slightly as the thermostat opens and the radiator fan kicks in when it should and cools it all back down again.

That delamination is where (I think) under the extreme back pressure from the exhaust being baffled so much the exhaust gases are being forced through to the coolant.

Unless a head gasket is supposed to be split like that and it hasn’t delaminated, again I have no idea

I would not think the baffle would cause back pressure in the coolant system. When it boiled over and you checked the expansion bottle after it cooled down, what was the level in the bottle? Did you do a leak down or compression test before you stripped it down?
Also, did you check all of the hoses to make sure one or more was not deforming and not allowing the coolant to flow freely?

It could cause back pressure in the exhaust system, which could blow through the head gasket to the coolant, couldn’t it?

In the last picture the 4 holes in the gasket are coolant and the exhaust valves would be right next to them above the cylinder (big hole).

The expension tank was empty.

If it was that bad, then you should be able to clearly see where the gasket has blown. Doing a compression and/ or leak-down test could have proved it. Have you check the barrels to make sure there is no crack in the liners?

I don’t think it is ‘that bad’ , its fine at idle and low revs on a paddock stand.

Also, it does bog down around 8k revs.
Initially i thought this was a fuelling issue. But having shared a garage with a guy who had to wrap his baffle to pass sound check and instantly had the same bogging down issue, I think its safe to assume that is what is causing it.
Which lead me to believe that this back pressure is the problem and has blown through the gasket.

I had thought about just changing the exhaust system (mid section and end can aren’t standard) to one that doesn’t need baffling so heavily and seeing if it held when the back pressure was released, but I got bored and haven’t stripped an engine down before so …

Do you mean look in the cylinders?
I have had a look at 2, the pistons are at the top of the other 2 so I can’t see.
Would it be ok to turn the crank so that they drop and I can inspect them, then turn it back to tdc when rebuilding?

I think my main question here is, does the gasket look normal, could it be letting by?

My guess is….
you’ve a warped cylinder head, the gasket has failed and has permitted blow-by to enter the cooling system and it’s simply combustion gasses which are responsible for coolant loss.
The exhaust valve discolouring visible on only three of the cylinders appears to match the degenerative condition of the head gasket.
Fortunately with the head off the barrel block it’s very simple to check and either prove or disprove.

Could you expand on that?

Where can you see exhaust valve discolouring?
And how do I check a cylinder head for warpage?

Pretty obvious it’s not when viewed on a bigger screen.

The head can be checked with a straight edge and looking for light bleed underneath. If you can fit anything bigger than a 0.0015” feeler gauge in the gap it’ll probably require machining although a workshop manual should provide the maximum permitted tolerance, anything less you should be able to reassemble it after coating both sides of the new head gasket with a top quality sealant such as Wellseal.

The man in wemoto took a look and said this head gasket has been reused, the black rubbery bits are gasket sealant!

Why would anyone do that!

Hopefully I’ve found the cause then.
Question now is, should I get some work done to the head whilst it’s off?

I’ll check it’s not warped, but should I get the valves cleaned and reseated

Personally, I would if I was in your position tbh.
It’s all open anyway!