So I was going to take the motorhome to South of France in mid September, however I changed my mind and am now heading East to Poland instead. If the weather can be trusted, I’d love to take the Honda Forza or Waspy the VStrom. However I’ll probably end up taking the car because I hate riding for hours when it’s raining.
So as it’s a long ride /drive to Warsaw I’m breaking the journey about half way in Potsdam near Berlin. I’ve 4 days in Warsaw and then it’s off to Krakow also for 4 days then it’s back to Potsdam again. All hotels are booked.
If anyone has done a similar trip, could they please share any tips or useful information.
Cheers

I can’t help, but best of luck and have fun!

Yes have a great trip.

OK Sue. I’ve been to Warsaw, but only on an escorted trip, I really liked Warsaw, and have vowed to go back sometime. I have bookmarked many places in Basecamp. and the following are the map coordinates, that I’ve either been too, or am wanting to go and see the next time I get there. If you put the coordinates in Google maps you’ll see the area around. 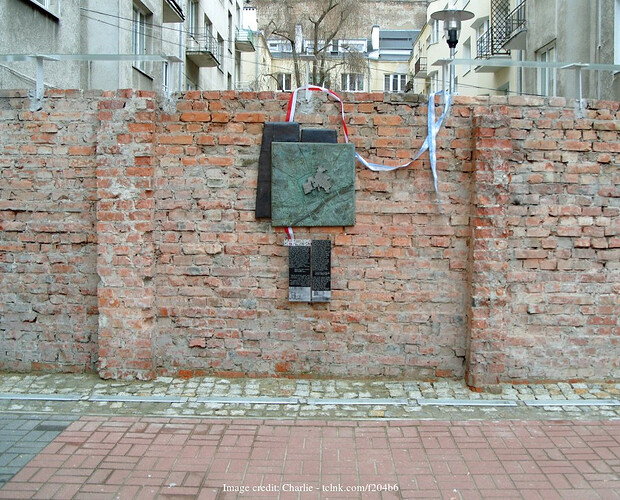 Remnant of Warsaw Ghetto wall behind a house at Sienna Street.

Monument to the Warsaw uprising fighters 52.249388, 21.005906 File:Monument to the Fallen and Murdered in the East (15438539916).jpg - Wikimedia Commons
We stayed in this hotel, https://novotelwarszawacentrum.reservationstays.com/requests/SZGJLvylKBUnqZc2XX_pkA/hotels/elXrB4Gk?expand_params=true It might be a better option to the hotel you’ve already booked ??
I don’t know about parking a car, or bike, but the hotel was near everything that we wanted to see. But being on an escorted tour we had to move quick to see, some of what I’ve listed above. As you can see it was a lot of military sights that we saw. There’s lots to see, but sadly due to being on a tour we didn’t see as much as I would have liked. I’m sure that you’ll have a great time, and be taking loads of pictures.

Cheers for that. Really useful. I’m super interested in history so those things on your list are right up my street. The hotel I’ve chosen is right in the old town so will have to leave the car/bike a couple of hundred meters away as cars are not allowed without a special pass.
For the stay in Krakow I’ve already booked the Auschwitz tour with English speaking guide. It’s going to be harrowing but I’ve wanted to see this place for some time now. It’s about an hour away from Krakow.

Auschwitz is something else, I take it your guide will include Birkenau. Some of what the guides tell you, and show you are just unbelievable, obviously it happened, but you just can’t believe that people could do that to other people, and the sick part is, they seemed to enjoy it.

Here’s a link to some pictures I took in Auschwitz, and in Warsaw too.
Microsoft OneDrive - Access files anywhere. Create docs with free Office Online.
They do ask you not to take pictures in some area’s, there’s always one or two, that can’t be bothered to remember what happened there, and they take pictures regardless.

I’m planning to visit Oskar Schindler’s Enamelware factory and also Plaszow camp where Amon Goeth was the commandant. There’s so much to see. Thanks for the list.