I love my chain drive! 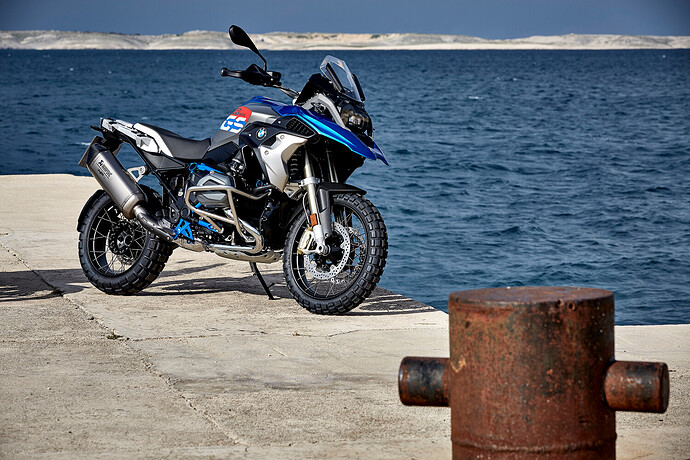 Talking to the AA patrol chap earlier, he said the two bike manufacturers they see most of are Ducati and BMW. Electrical problems usually for the BeeEms.

Should have bought a guzzi

Or perhaps a triumph

It’s not as drastic as appears, allegedly. It is to fit a drain to the swingarm pivot shaft, that is claimed to be an enhancement that the customer can have fitted or not.

Talking to the AA patrol chap earlier, he said the two bike manufacturers they see most of are Ducati and BMW. Electrical problems usually for the BeeEms

Well, its not surprising given how many ze germans sell. It’s a known problem they’re actually doing something about where there can be some water ingress through the rubber gaiter in certain circumstances which can lead to the splines on the drive shaft rusting to the rear drive they’re fitting a drain valve. Apparently they are also checking the drive shaft for rust and if there is any replacing that too FOC.

I did point out the sales aspect but he still thought it was a high ratio compared to all the other manufacturers. It’s only anecdotal, obviously.

He also highlighted the problems older BMWs have with their keyless ignition. Something I know various forum members have an opinion about.

I often remark on the number of “premium” cars I see on the hard shoulder. Audi, Mercedes, saw a Bentley once. Sales figures aside, if you’re claiming premium status and charging accordingly, I don’t think it’s unreasonable for customers to expect their expensive purchase to work trouble free for a prolonged period of time.

Couldn’t agree more. As you know.

At least they’re attempting to fix a known problem, my experience with a 2013 Multistrada was that Ducati just kept replacing faulty components with as many new faulty components as needed for two years till the warranty ran out.

Ducati replaced the rear lambda sensor 4 times on my xdiavel. Never looking for the actual reason why it was failing.

Never owned a ducati, was close to getting a 899 panigale once, still fancy one!

) and never left me stranded. It’s just if you pay for toys you expect them to work most the time, there’s a lesson to be learnt there (but I probably won’t

I went to bologna that year as i got a free ticket with the bike for Ducati week, I’m gadget phobic, two wheels an engine and somewhere to sit, thats me.