Personally I am quite fascinated by planetary gears and the way they can be implemented in tracked vehicles for turning and such.

What did we do before Lego technix? Mrs W is a smart cookie but I wholeheartedly failed explaining the difference between torque and horsepower until i showed her the Lego technix utube thing.

There was a stiff link in the chain…

Have you got a link to that? I’d like to see it as well.

What bugged me was it was going the wrong way around.

Ill have a look.

Horsepower is how hard you pull your spanner (hehe). Torque is the length of your spanner

Breakfast viewing, today. Lego is such a useful thing! I watched the part about what a Newton-metre is, and lb-ft, twice. I get the idea of a pound of force applied at the end of a one foot bar; straightforward enough because I can imagine the weight of a pound in my hand. I had to look up what one Newton feels like. Apparently, and somewhat conveniently, it’s about the force applied by gravity while holding a medium-sized apple.

Newton is also a measure of tension.

Indeed. Does that bit of physics have any application in our motorcycles? Assuming you’re not towing a trailer.

I like Ryan and FortNine’s explanation. (The fist two ‘tricks’ in that vidoe are interesting too, IMO.)

Newton is the SI unit for specifying physical ‘force’, doesn’t matter what kind of force.

A force moving in a circle (or any path) is travelling a distance and doing ‘work’. This work is transferring energy, and 1N of force moving 1m transfers 1J (Joule) of energy.

How fast you transfer enegry is power, and 1J per second has it’s own SI unit name, a Watt.

Thats why you will always see power and torque cross eachother on a dyno graph. I think its 5250 rpm from memory where they cross. I might be a bit out but its always the same rpm.

Interesting, although the maths was going a bit too quickly for me. I prefer to work in SI units as well but hey-ho. I don’t think any of us are fooled by seeing just the peak figures, are we? I know they have the ‘oooh’ factor but who doesn’t look at the torque and power cureves off a dyno when they’re published?

An electric bike/car has massively greater torque than an IC one, but the advantage is not as great as it looks because it only has a single gear.

Put a 200hp 1 litre bike engine in a car and it’s hopeless because of the lack of torque.

Put a 200hp 1 litre bike engine in a car and it’s hopeless because of the lack of torque.

That’s why you should use two motorcycle engines 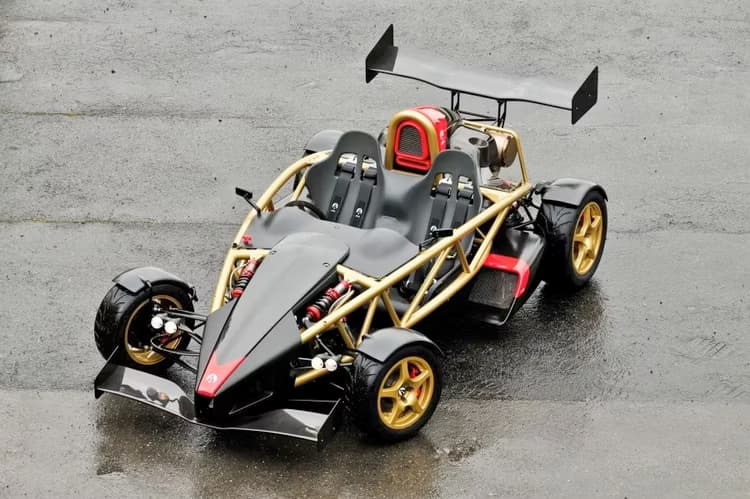