Shot off to a meet today, the weather looked pretty good from indoors but it was wet, cold and miserable (I’m such a wimp these days). 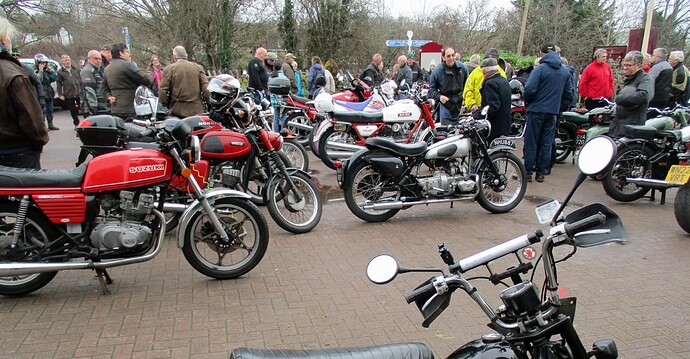 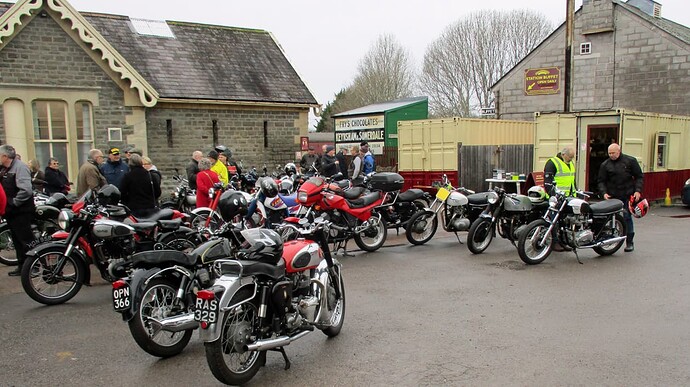 Took the green one which drew a few glances (which is always nice). 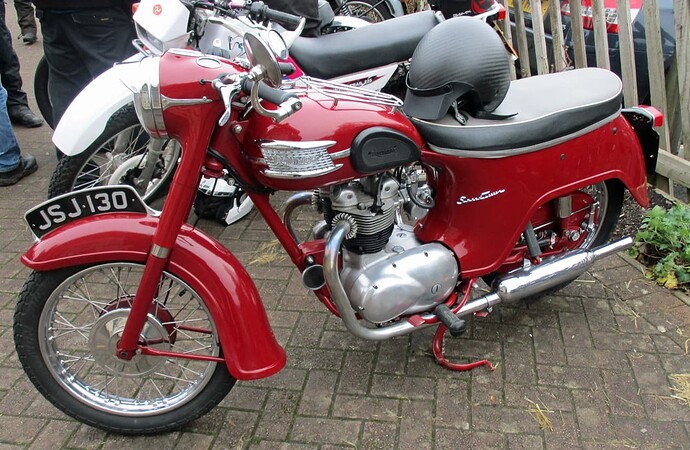 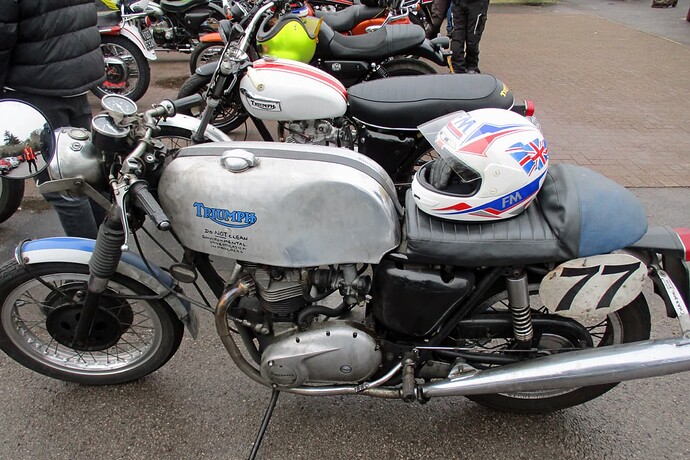 Parked next to these two ruffians. 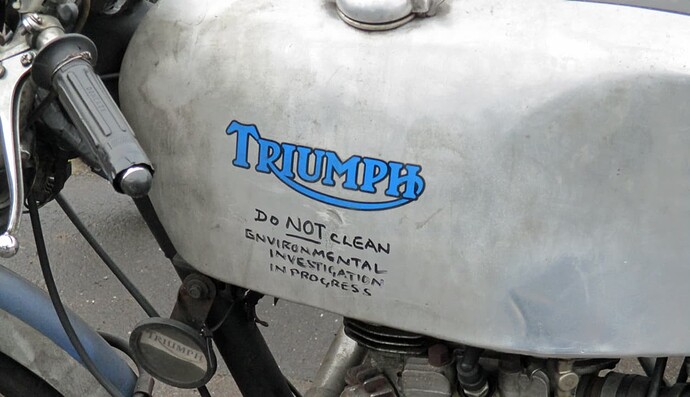 An original, in original fettle. Note the wire tied round the grip. Beaut. 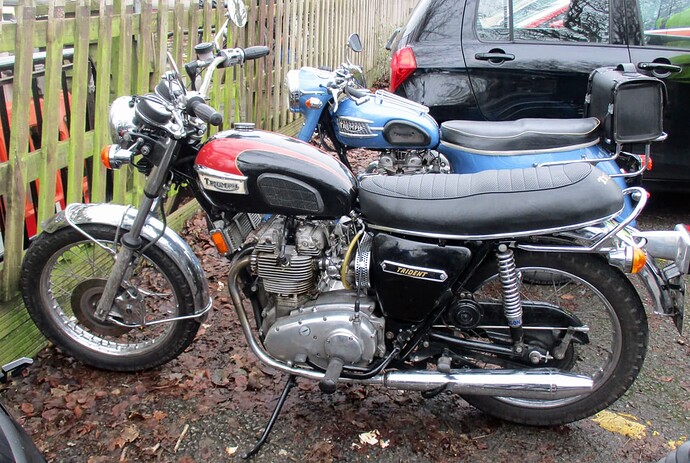 Trident also could do with a bit of a work over. Bit more of a bugger to work on than a twin. Dry single plate clutch in these (like a mini’s). Blew the centre big end off of one of these (some years ago now) after it seized solid overtaking a bus (it was an A75 but almost the same engine).
Check out the top box on the blue speed twin parked next to the Trident. 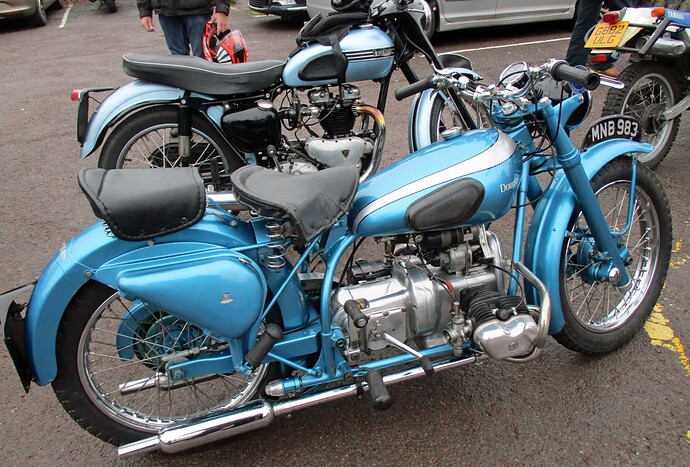 Locally manufactured in Bristol. (They did speedway bikes as well) So there’s quite a few of these to see around these parts. 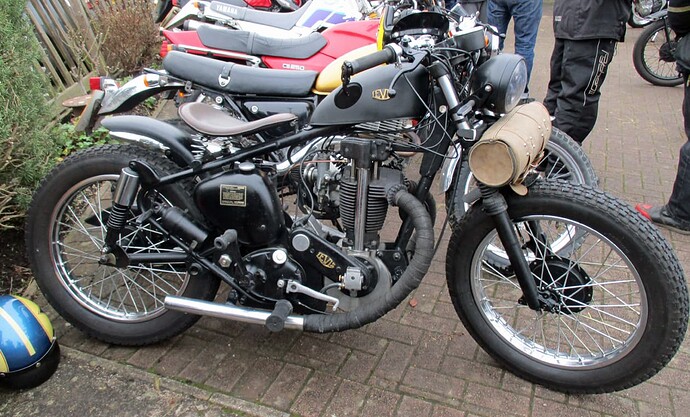 For me, this was best at the meet though. I waited around to speak to the owner but he/she must’ve been in the cafe so didn’t get to talk about it.
350 Levis twin I think. Pretty sure the frame isn’t original as they were rigid. Everything else put together as well. Absolutely brill machine.

Green one now has about 40 miles on it since rebuild. The gearbox indexing needs a look at (typical) but should be ok. The cardboard oil checker put under the bike once parked back up in the garage is spotless. It started first kick each time parked up. Overall good job methinks.

Anyone got a Levis for sale?

First outing for 2023 on the Tiger. Lovely 9c so warmish riding. Bike was filthy when I got home, so an hour with hose and a brush and then a blow dry job. Great to be out for a ride so early in the year.

I had to read that twice

Yep, I overlooked the “dry” initially…

Great way to start the new year all the same

@Iron some very nice bikes and pictures there

@Iron is that LEVIS a twin? It looks like a split (or twinport?) single. Not that I know anything about the brand and Wikipedia isn’t much help, just curious.

There was certainly a fashion for twin port singles for a while during the 1930s.

@AdieP and @Dave49 yep, correct, a twin port indeed with exposed valve springs.
They did a six port one as well I think for extra cooling - no idea how they made that work or if it was just a gimmick. I must go and do some research.
Wouldn’t you just love one that’s been customised like the one in the photo, polished engine, shiny paintwork to plod around on? Hmmmm, would it be that bad to take one apart…but I’d really like an old pre unit to custom as well. I need more money…

I’ve put this in to its own thread as the conversation stands well on it’s own.

Thanks @Octoberon
(Good job there’s someone to keep us organised, We’d be all over the shop otherwise, imagine the mess)

Probably a couple above to move back though…and then delete this bit, oh bugger, I’m glad you’re in charge. 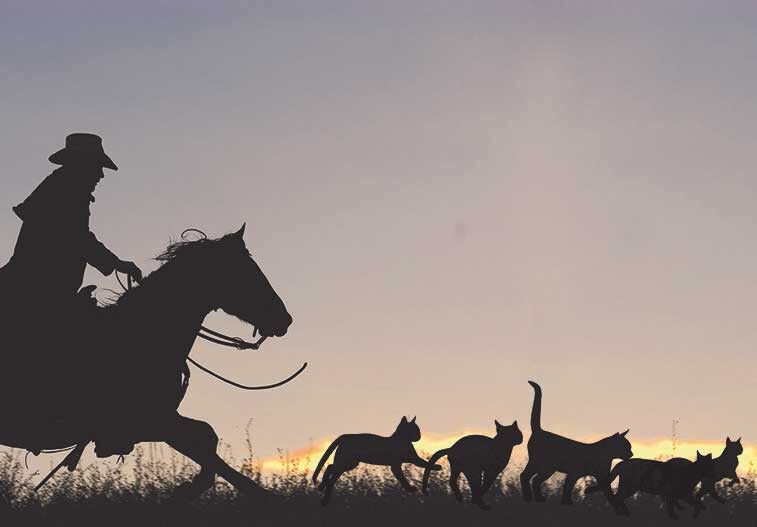 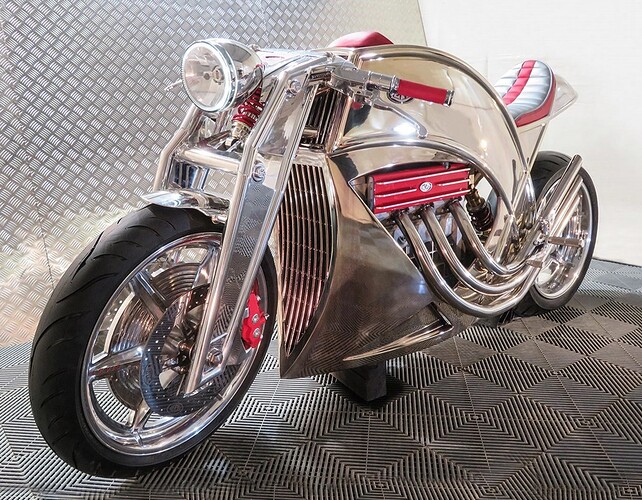 Blimey, an all new V6. (So much for batteries then

Nice Levis, shame about the tank!
I overheard more than one discussion mentioning that the fork bag was hiding a canister of spare fuel and my
guess would be that the frame is Royal Enfield.

A batch of really intersting bikes. Thanks for the pictures Iron

I could just see Buck Rogers riding that. 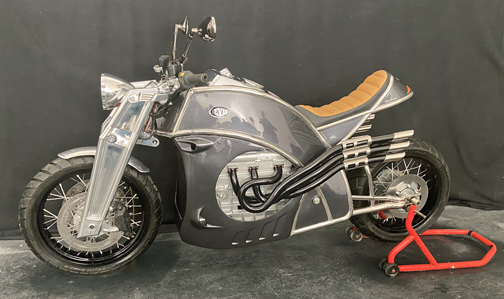 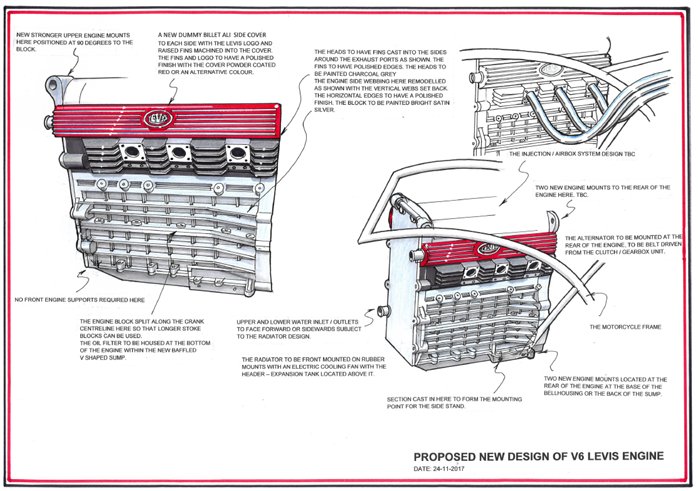 Not only is it ‘orrible, I also think it’s a load of cods. Just sayin’… 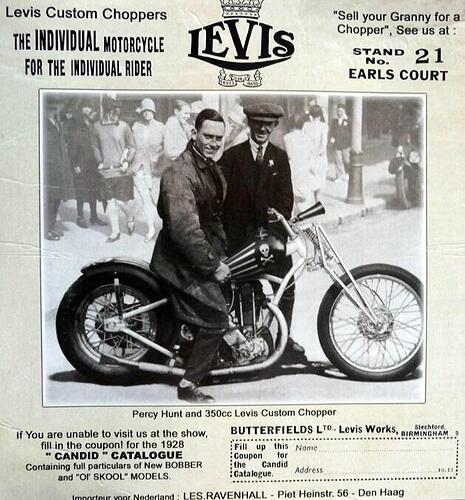 But that, yes…I’d have one of those…

The real Levis looks a lot of fun. The enormous shiny thing looks like an advertisement of its prospective owners’ shortcomings in the trouser department…

Reindexed the gearbox as it was a bit ‘off’ when riding to the meet above. Always a bit fiddly especially the bleedin’ footrest nut. I knew I should have welded it to the frame when I was building it. Triumph welded them on with later models due to it being a right pig’s bum getting the nut on unless you have little fairy liquid dainty hands that feel as soft as your face. 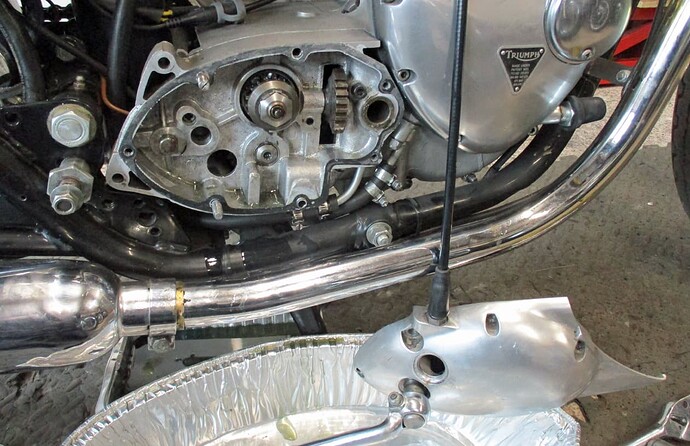