Official statement from Lin Jarvis on Quartararo's penalty at Assen 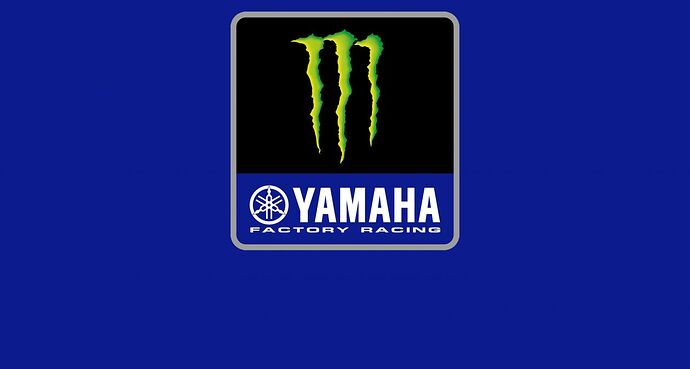 yes, the penalty seems a bit severe to me. And I’m not saying that because Quartararo is french. He is a clean rider, even Aleix Espargaro didn’t considered the race act as intentional.

It is quite a severe penalty but Esparago would have been challenging for the win had it not happened. Instead he battled very hard for fourth. A brilliant ride. The incident did cost Esparago a lot of championship points.

But you can’t help one rider retrospectively post race by punishing another in a future race. Makes no sense.

I think that’s pretty much Lin’s point when he says Fabio is generally well understood to be a clean rider.

Did Mir get a penalty for hitting Morini at the start? That may have compromised Luca’s race if it broke part of his aero. There was little expectation of him winning or having a significant part to play in the championship battle though so perhaps the stewards shrugged that one off.

I agree with Lin Jarvis, the stewards panel has not been consistent and IMO Freddie Spencer has not brought the “racer’s viewpoint” that was expected.
However put the same move in the context of a Moto3 race and a long lap penalty would be coming.
Sam Lowes got a pit lane start for similar in Austria a couple of years ago - and he had the valid excuse of it being caused by a false neutral!
There’s been plenty of talk about inequality over dawdling in Moto3 vs MotoGP and even calls from some GP riders for more penalties over this, having said that I’m not sure if Jack was a bit hard done by for his indiscretion this week.
And then there’s the automatic cancellation of lap times under yellows and the dubious tactic of loitering in the gravel to prevent other riders getting a time.
And automatic penalty for crashing under yellows, I think the bike data should be consulted, when riding at the limit did rolling off actually cause the crash?

So MotoGP is the pinnacle of bike sport with manufacturers spending millions (until they don’t anymore - Suzuki), penalty rulings in sport is always going to be a difficult subject and gets even worse once you start adding “discretion” but I do think the stewards panel need to raise their game.

And Lin Jarvis be careful what you wish for, I’m a fan of Morbidelli but he’s “not there” this year for some reason, he’s been a serial offender of touring on the line and got off relatively lightly so far.

It’s definitely inconsistent, just about everything I’ve read is saying the same thing. The stewards, and Freddie, must be aware but it’s their job to sort it out!

Cancellation of lap times under yellows makes sense but it does leave the door open to abuse, and how do you prove a rider didn’t hit the kitty litter on purpose? Even with telemetry it would still be difficult to rule that a rider deliverately braked too late or not hard enough when they’re on a hot lap. On the other hand, there’s little excuse for finding yourself in the gravel when not on a hot lap. That could be seen as cheating and get a long lap penalty in the race.
Automatic penalties for crashing is harsh. I agree - you have to check the data and the circumstances before declaring the rider was negligent.

Morbidelli - what’s happened to him? He’s a better rider than that. Is the bike that bad and only Quartararo able to ride it or is something else going on?

Morbidelli - what’s happened to him? He’s a better rider than that. Is the bike that bad and only Quartararo able to ride it or is something else going on?

Been a fan because he’s always come across as an intelligent thinking man’s racer (like Dovi) but seeing him make the same silly mistake more than once makes me wonder where his head is at the moment. As to the bike, Dovi seems to be struggling to make it work too, perhaps they’re both overthinking it

.
It seems Yamaha are honourable and honouring his contract (so far), if they still had a satellite team next year I think Toprak would be nicking his ride. 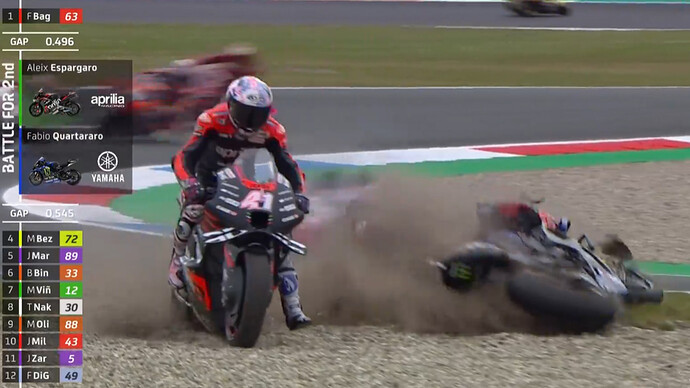 ‘The inconsistency with which penalties are applied by stewards damages the...

Yamaha has reacted furiously to Fabio Quartararo's Assen MotoGP penalty. So how come the stewards penalised the championship leader while leaving others unpunished for similar incidents?

Spencer is a brilliant rider but a strange human being.

I’m sure we’ve all met a few of those.

It has been said…