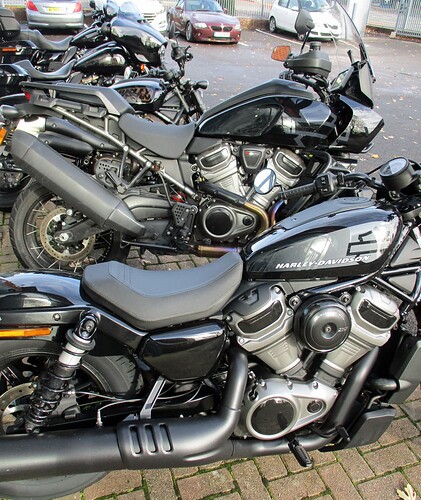 Black shiney things lined up outside, some of them with the erm…revolution max engine. Why do spoked wheels now have the spokes around the outside of the rim? I’ve noticed Triumphs have the same weird looking rims. Is it because they are tubeless? Why can’t the spokes be where they look better?
Note the exhaust sensor, jeez, the outer cable was broken already. There were enough (shiney suited) blokes ignoring chatting customers while looking at their desktops to pay a bit of attention and fix it. Moan moan moan 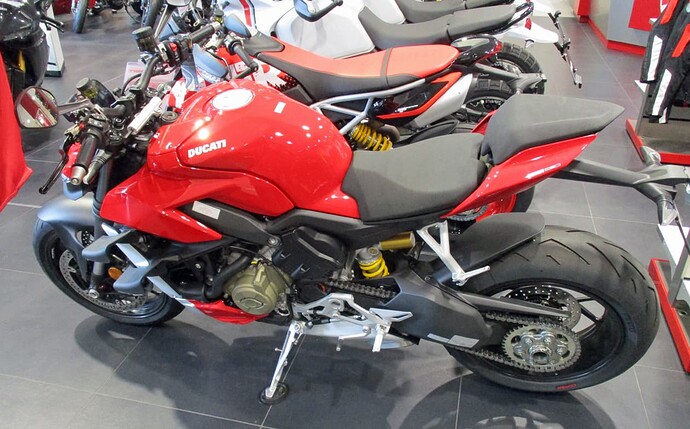 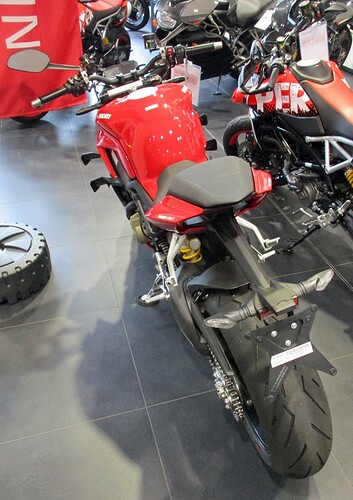 I quite liked this. I was imagining how better looking it could be by taking off the number plate scaffolding and binning the back footpegs when a shiney suited computer operator asked me (shouted from his desk) if he could help me.
Probably because I was taking photos of a potential 20 grand sale.
I asked what the stupid looking wings on the front were for.

“Downforce” says he. “It’s because it’s essentially a GP bike”

I left and bought some gearbox 80/90 from a different shop.

You can’t beat a bit of downforce on a naked bike that’s about as aerodynamic as a brick with pilot on board.

(and yes spokes out there for the benefit of tubeless tyres)

Your looking at a bike with about 200bhp so the wings probably do help keep the front down… but not at road legal speeds. Pointless on a road bike… probably

Why do spoked wheels now have the spokes around the outside of the rim?

To allow for tubeless tyres?

Yes tubless spoked rims. I’d take them over tubed. But I’ve no doubt its possible to manufacture a tubeless with spokes in the middle, I think some manufacturers already do. They’re even harder to clean with the spokes on the outside! 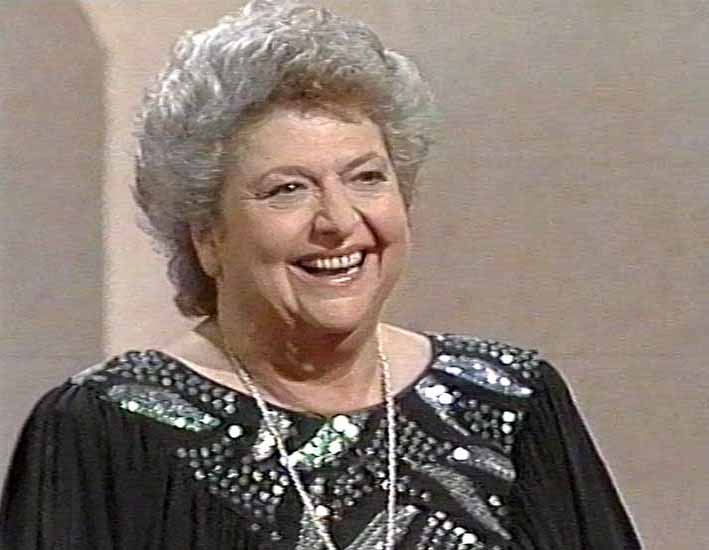 There’s a guy who lives in the next town who weighs at least 25st and is pretty much round.
He’s got a ditch-pump S1000 r (nice bike tbh) and he’s put/stuck powerbronze “wings” on it…
If ever there was a bike that was NOT needing front downforce, that was it…