That’s the first time I’ve done the Ring of Red and it was a hoot.

Over breakfast I checked the weather forecast which reliably informed us it was still early September in Manchester. A bit dull over Holmfirth way but moderate summer glove and a couple of layers under the leather jacket were the order of the day. 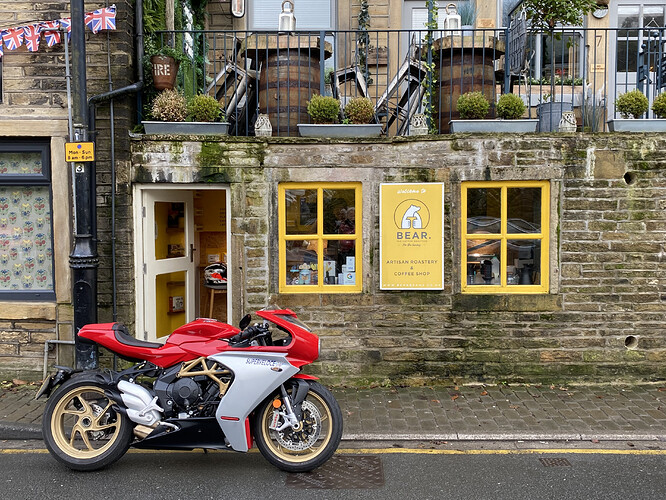 Getting closer we saw more riders heading in the same direction, many sporting red r-shirts over their jackets,. Peeling off the motorway in to the service station we found more bikes. A lot more! Official figures say there were us four plus another 5982!
We were marshalled in to lanes marked out with tape, two abreast and nose-to-rail in each lane. 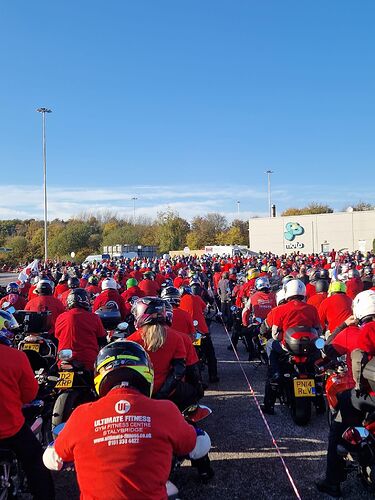 More bikes were arriving behind us until the entire car park was full. 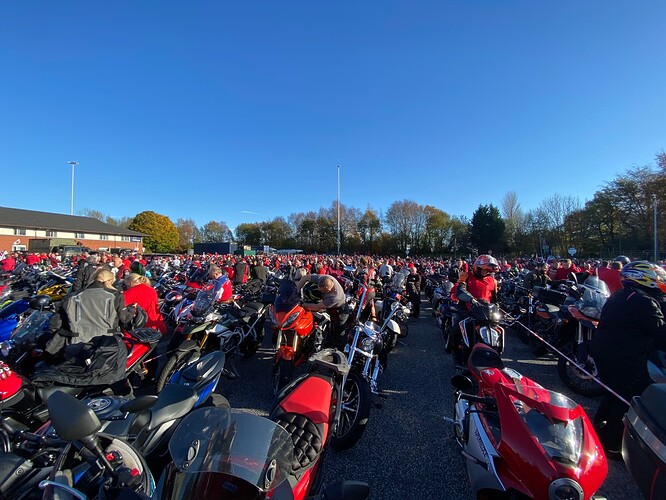 The rideout was due to start at 1pm. They started waving the first lanes out about then but it was a slow process funnelling everyone on to the motorway. Hundreds of engines around us revving eagerly made for quite a noise and soon we were heading south for our loop of Manchester.

Most of the motorway bridges were lined with onlookers waving support. Some were taking pictures, apparently… 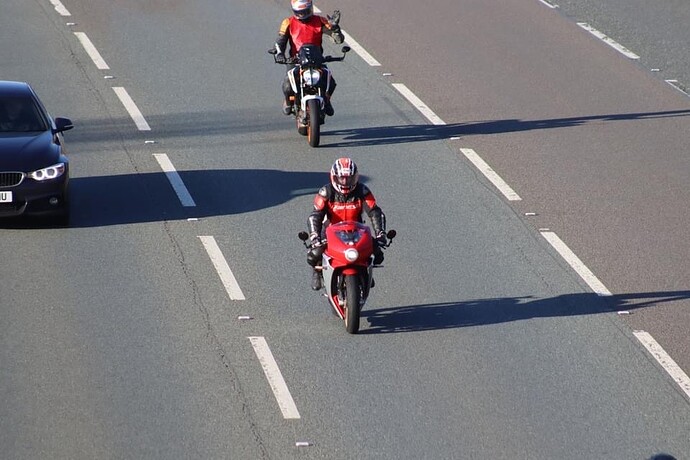 It could have been a cold, wet, miserable trek around the M60 - hardly the UKs most picturesque highway - but it turned out gloriously warm and sunny. Definitely a day to remember.

Great effort…!
I bet the MV didn’t get hot at all amongst all of those bikes…
Mine would have been boiling over and getting all Italian on me…

My cunning plan was to hit the start button just before we moved off. Worked like a charm.

It occurred to me this morning that this is probably the only time I’ll have my picture taken on a motorway without getting three points at the end of it.

Well, this thread title was misleading…

Is that any better?

Great effort by all involved