Well as some of you know me and the wife and the dog, went to Devon, and on the way home from Devon, the better half wanted to go and see her mum and dad in Sussex, so plan B came into operation, I suggested that the museum was on the way, and what a great idea it would be for me to pop inside and have a butchers around.

So here’s a link to a few pictures 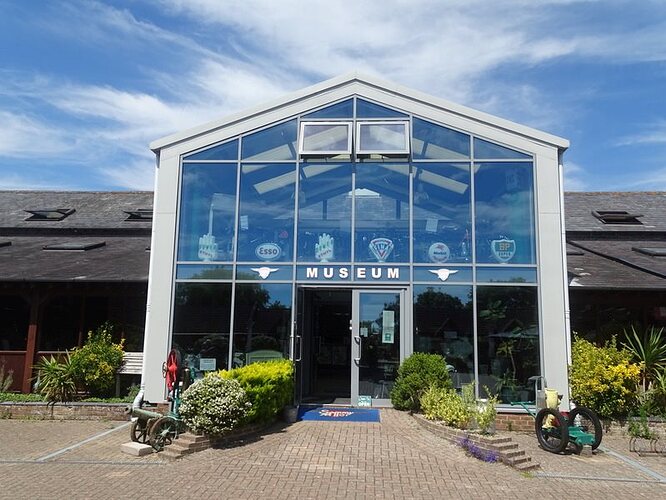 Dam, I have to sign up to onedrive to see them

There are some beauts in there!!

Looks good! I’ve been meaning to visit Sammy’s museum for ages. Just not been down that end of the country for a while.

Superb museum, great collection and some “one offs” - i think all of them are runners. Sammy himself is usually about.

Second DGR i went on ended up there.

Don’t think you need to signup to onedrive to see them. I just followed the link in my web browser and could see them.

Cheers I’ll try that later when I get home

Never been, maybe I need to put it on my list of places to visit. What a fantastic collection.

If you’re down that way, do it. I doubt that you’d be disappointed.

I went there for a 2-stroke meet last year and met the great man himself. He gave us a workshop tour but he doesn’t tolerate people speaking or using their phones while he is talking (not me by the way).

Don’t blame him really, if the man is taking the time to give somebody a tour, the least they can do is show the man the respect he deserves.

Sammy Miller is an amazing man - an enigma; a force of nature and a raw talent and yet, despite all these qualities, he is quiet, unassuming and very pragmatic. Unless, as has been mentioned, you happen to ‘rub him up the wrong way’!

I’ve been to the museum a number of times - it’s close enough to the Netley Marsh and Beaulieu autumn autojumbles to make it worth a weekend away, which I’ve done a few times with a very close American friend. Heck, I even managed a visit on my honeymoon! Yes, really.

The last time I was at Miller’s was probably 4 or 5 years ago and the man himself, having mixed up a barrow of mortar, was laying bricks for the then new museum extension at the rear! He would have been aged early to mid '80s then, so no spring chicken! He can often be seen kickstarting or bumpstarting a bike and riding it … ermmmmm … ‘briskly’ around the car park and access road!

It’s definitely worth a visit and should NOT be missed if you’re in the area.

Thanks for sharing, Bikerman. A fascinating collection. The Redrup Radial with its radial (radical?) engine design was totally unknown to me, now I’ve read up on it. I love it when engineers think outside the box. God loves the bike tinkerer. That’s how we got aeroplanes.