Ok just a brief discussion, haven’t been there in three years so that made it more enjoyable. I found it interesting enough but it’s a bit thin compared to a few years ago but nether the less I still got things cheaper there than I can get elsewhere so that made up for the now huge entrance costs.
I notice there were quite a few mid range engined bikes here and we’re getting a lot of Royal Enfields on the markets now as they’ve come along way. That said Benelli had a good display of classic and newer stuff too but what really surprised me was a brand new BSA Gold star which I was drawn toward. 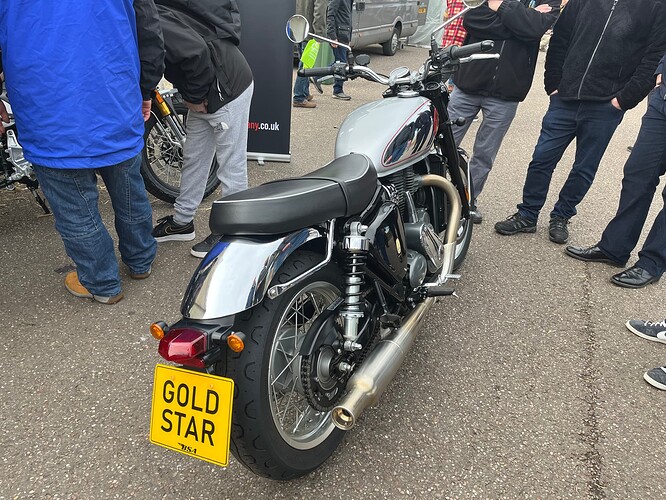 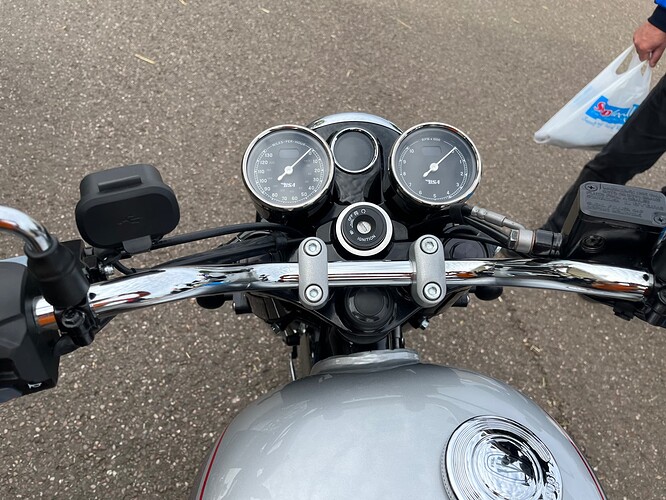 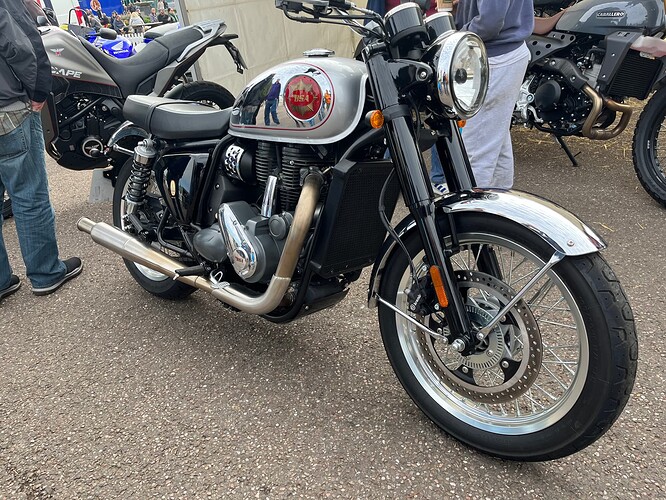 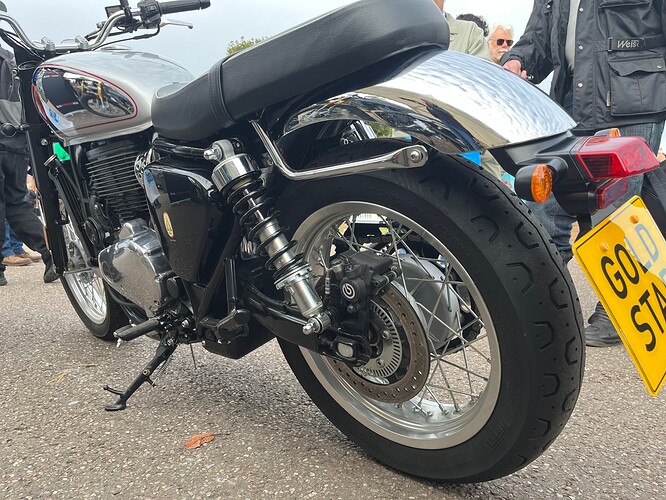 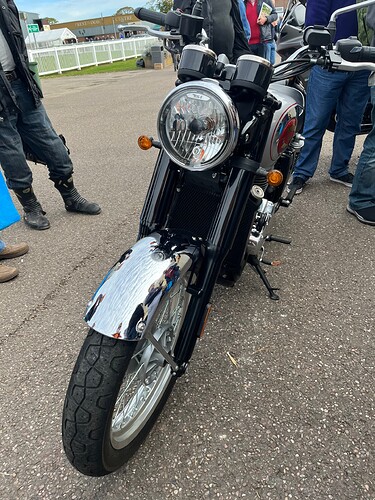 Lovely, but the radiator and price are deal breakers.

Not even gone there for a price which makes me now ask how much???

Henry Cole featured one in his latest series of the Motorbike Show.

Have to agreee with @PatW, too expensive and I can’t get past that radiator. At least they’ve revised the exhaust from the earlier efforts

I love the upside-down dials

I actually never noticed the rad until it was pointed out at me. I was too busy looking at the full picture. Now you’ve got to remember the current bonneville variants all have radiators although things were said about that too. Tbh there’s no reason why it can’t be engineered to be air cooled and that’s both Triumph and the Mickey Mouse bsa im covering as bmw has still got the air 1200 boxer in the R9T.

Bit harsh that Eric. There are many owners of the modern classics that love them to bits.

Its alright… I can ride my fake bonnie all year and many miles and I know it’ll work. And my fake thruxton was the best sounding parallel twin ever… all be it after I done away with the cat

Bit harsh that Eric. There are many owners of the modern classics that love them to bits.

There’s a massive difference in crank sound. I know I’m harsh but to me if it doesn’t sound like one it shouldn’t also look like one. It just reminds me of some cheap films where they sing the song ‘the leader of the pack’ and you hear a British style old bike dubbed over a four cylinder jap bike

@Tigcraft - Aren’t all Hinckley Bonnevilles “fake” if you compare them to the original Meriden ones?

Was at this show only once, probably 4 or 5 years ago. Seen the wall of death, it was young girls on indians doing it… good show. Oddly my biggest memory was the ammount of speed cameras in that area

I feel bad for bikers that have to put up with that, it was genuinely remarkable!

Maybe, but less fake than a chinese Benelli or AJS.

'kin ell Eric ! has Sandra changed the locks while you were out ?

Right! This is what we need, another subject thread……