Having reattached the fuel pipe and successfully started the Triple the other day, when I tried again a few days later today it was having none of it and a few LED lights came on to express their disapproval. I presume these are diagnostic indicators.

Does anyone know what these mean, or better still, where I can get a list of all the codes? I couldn’t see anything in the handbook about it.

Turn on the ignition: 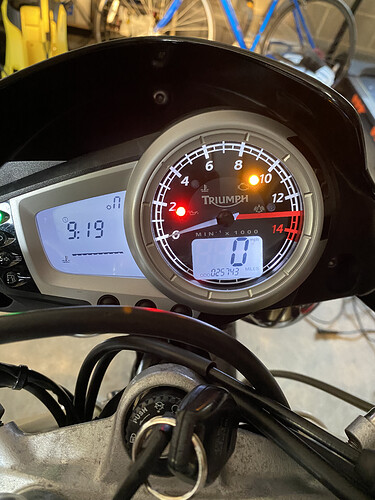 Push the starter button. Engine turns over very briefly then this: 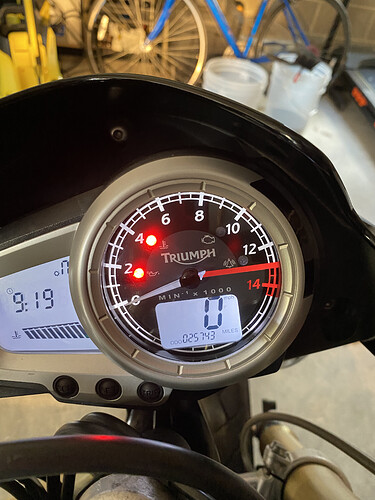 Followed two sends later by this: 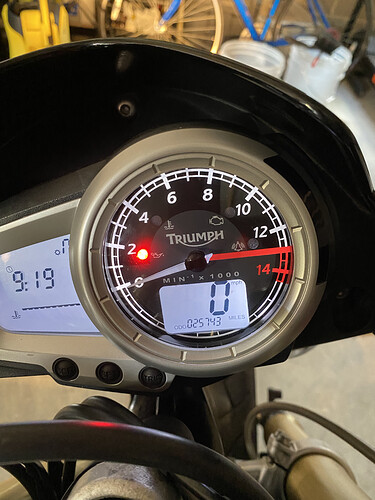 Not got an OBD reader Saul? Flashing light sequences are OK in a disco or on your Xmas tree, a bit hard to fathom as an error code.

No, not got one of those. I’m expecting that the LEDs relate to numbers on the rev counter and those numbers are listed in a table somewhere.

Not sure how old your Striple is

For Tiger but I’ll bet the codes apply throughout Triumph range. Often generic…

bikes been unused for a week due to snow. tried to start this morning tacho fired and i heard the fuel pump fine but it tried to fire but stopped then temp warning light came on and the temp gauge went to maximum.

I presume these are the codes you can pull out of the ECU. All I have are the LEDS of the rev counter to go on at the moment.

I called Youles in Manchester this morning and had a frustrating conversation with a lady who struggled to grasp that all I wanted to know whas what the bike is telling me is wrong. Quoting me for all sorts of diagnostic checks was clearly missing my point. In the end she said someone would call me back, hopefully a more technically-minded person.

Get a Lonelec cable and Tuneecu. Cost is peanuts but so useful

That might be the path of least resistance at this point. Where do you plug those things in? I’ve not used one before.

I’ll ring you later and go over it

Todays lesson is, always work from first principles and check the basics before moving on to more complicated solutions.

The battery was nearly dead, but I was caught up in the recent fuel hose malarkey and those LEDs pointing mysteriously to various numbers on the rev counter. Plugged the Optimate in overnight and today it fired up as per.

Yep. Always simple stuff first, we’ve all been there.

Just a final word on this story - Youles (Manchester) never called me back. That’s my first and only experience with them. As they say. you don’t get a second chance to make a first impression.

No surprise. However, on the other hand, l missed a call from a customer while on the beach, so messaged him via Whatsapp in case it was important. He’s been online since but not taken the trouble to reply. A candidate for the fuck off tablet, l guess

Maybe keep this on standby for such occasions… 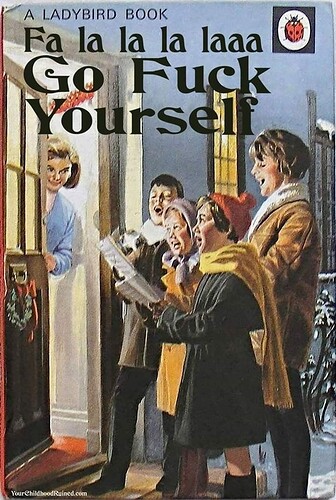