First time I’ve been over to Masham on the Guzzi and a while since I’ve been at the weekend.

A good number of bikes there, including some lovely old machinery: Vincent, Matchless, AJS and an Ariel Square Four. 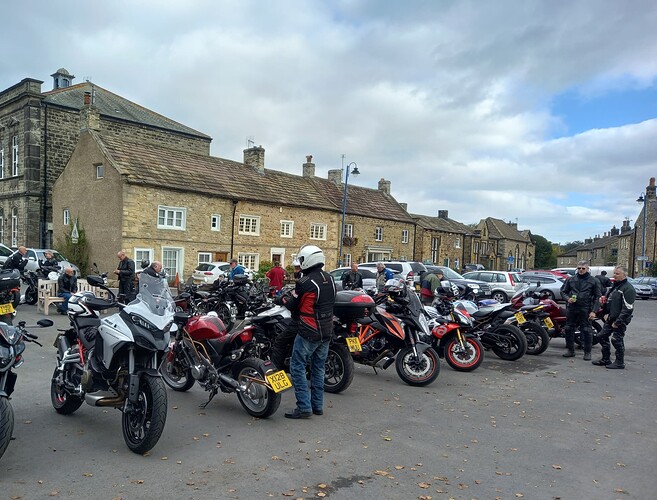 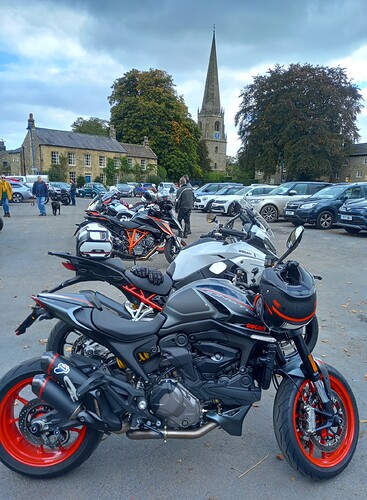 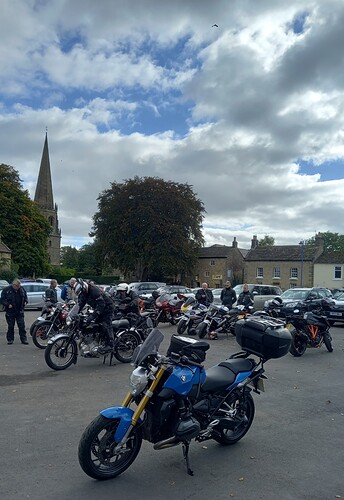 As I got off my bike, two guys came over (both on Triumphs) and said that there was a good range of bikes here today but that mine was the only Guzzi. Feeling a bit pleased with myself, I turned around to see four more bikes arrive - three of which were Guzzis!

Incidentally, one of the Triumph guys had a 2009 Street Triple, round headlamps, underseat exhausts but painted in the new burnt orange colour - it looked stunning.

“Incidentally, one of the Triumph guys had a 2009 Street Triple, round headlamps, underseat exhausts but painted in the new burnt orange colour - it looked stunning.”

The orange was a standard colour for certain models/years of Gen. 1 Street Triples :-

IMHO Triumph’s early colour choices were much more interesting than of later years!

Very true but the guy had it resprayed in this current colour. 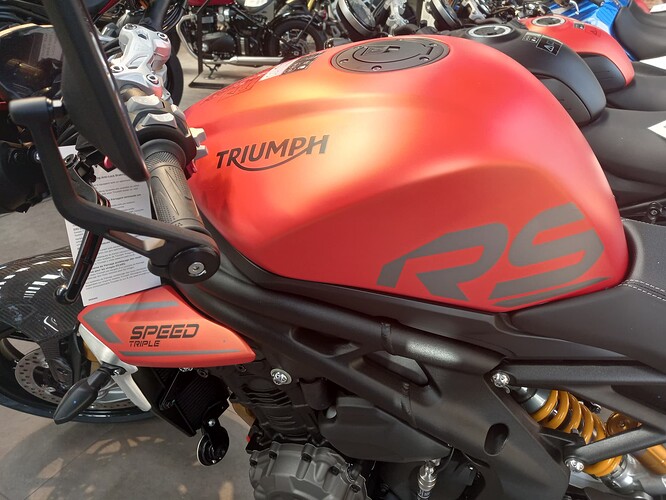 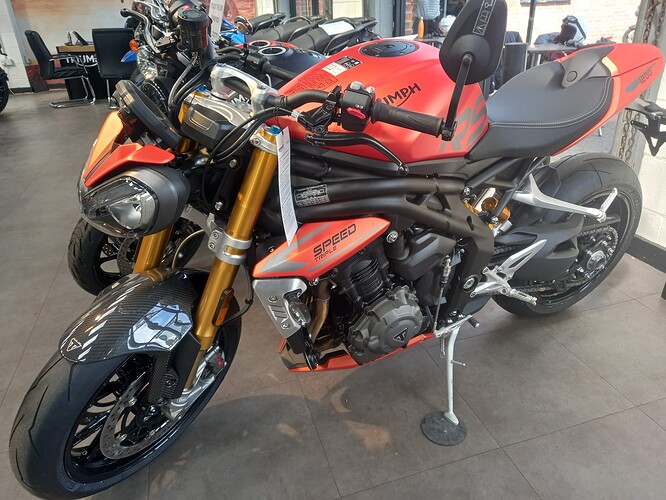 Incidentally, one of the Triumph guys had a 2009 Street Triple, round headlamps, underseat exhausts but painted in the new burnt orange colour - it looked stunning.

Hmm, I always liked my 675 in black but it could do with a makeover, and I do like that burnt orange.

@stevelovatt have you nicely bedded in the guzzi now? What’s your take on it vs cx500 (as it’s similar engine layout) vs that bonneville (as it’s retro) you used to have?

Yes mate, I’ve put just over a 1000 miles on it but I suspect that the engine is still quite tight given the initial low mileage.

Mainly done “B” road riding so far for which it is well suited. Gave it a good run up the A19 back from Thirsk the other day and it sat at 80 mph quite happily. Like the equivalent Bonnie (my 2012 EFI for example) it wasn’t all that special over 85 mph, probably the comfortable limilt of naked bike riding anyway.

It’s down on power, 48bhp, compared to the Triumph but it’s smaller and lighter and feels much more nimble. Max torque is at 3600 rpm so make your gear changes there or above and in real world riding it feels quick enough in traffic. Seems quite happy to rev, slightly more than the Bonnie did.

Cannot really compare the CX500 as i didn’t do many miles on that and never pushed it. Same characteristics though with the transverse twin and shaft drive. Bit of a rock to the right on start up (bit like the Rninet).

Looking forward to it loosening up more as the miles pole on!