Although no noticable smoking on starting up or idling, a mate had said that there were puffs on acceleration and deceleration when he was riding behind me.
So, off with the head and have a look. There were new valves, springs, collets etc but checking the valves, there were obvious areas of miscolouration on about 120 degrees showing either leaking valve seats and/or oil down the guides 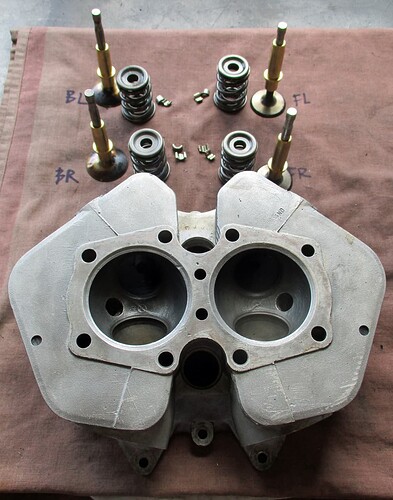 2991×1260 122 KB
So, using the Norman Hyde pretty good guide replacement tool, with the head cold, bash out the old guides and pull in new ones 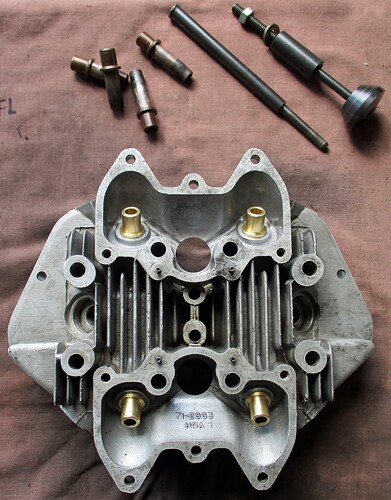 3987×1260 154 KB
Then the boring job of lapping in the valves. Using engineer’s blue to check where the leaks are. It takes a bit of time. Make sure the blue is marking the seat all the way round and that there’s a pretty good seal by putting in the valve and french kissing the inlet/outlet port and sucking. 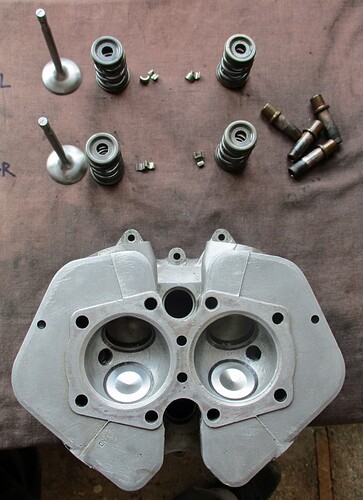 4917×1260 102 KB
A fairly cheap valve removal/insertion tool is fine for getting it all back together. The collets are a bit fiddly. 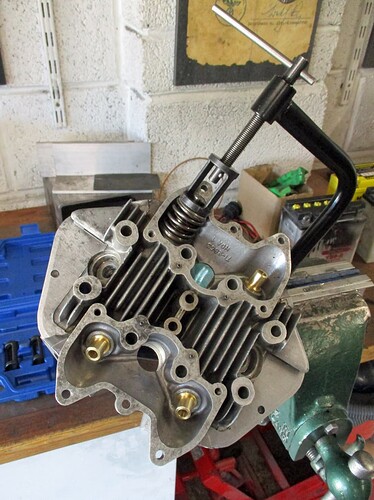 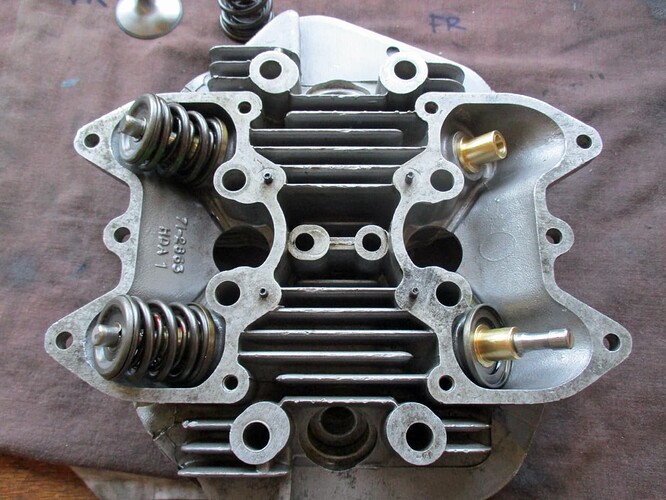 61260×945 126 KB
Put on some valve stem oil seals (arrowed) not needed on the zorsts side as the valve opens once the piston is coming up to push the fumes out. Also some oil down the valve stem here (as long as it’s a good fit) wouldn’t hurt 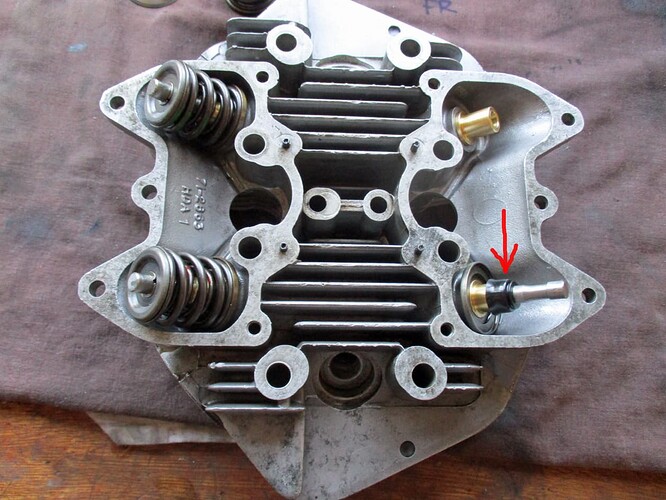 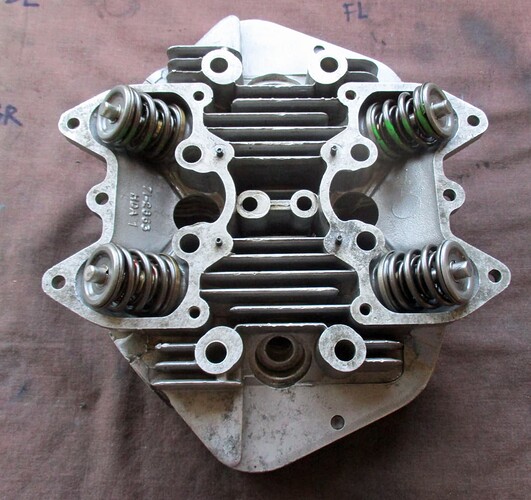 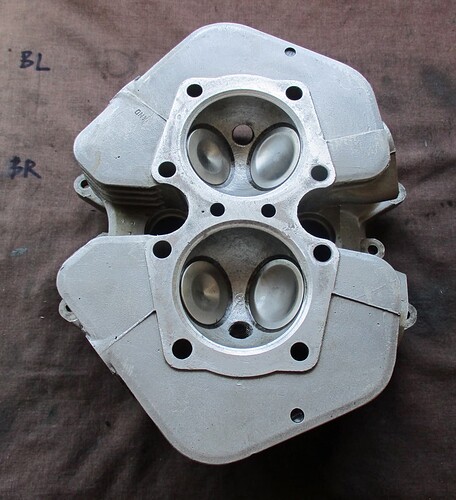 91150×1260 128 KB
And use one of the composite head gaskets. I’ve used annealed (use fire until cherry red and then throw into water to cool or leave to cool naturally) old, new copper gaskets even with the spray copper sticky stuff on and most have not sealed that well. These were introduced due to the 10 bolt heads so I use them every time now. Make sure they are the right way up, so I write ‘UP’ on the upside (the side with the metal across the centre two bolts) as I may be thinking about something else when I get round to putting it back on. 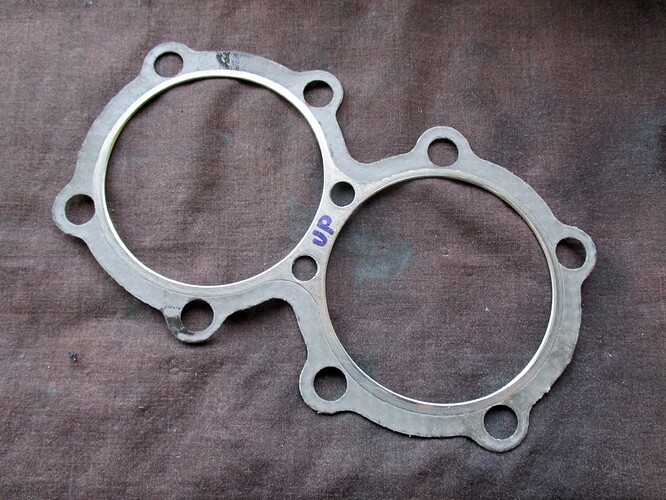 After ensuring the crush is about right with the various o rings on the push rod tubes make sure the book is followed on the headbolt torques.
The bolts have a nasty habit of actually causing the head to become looser if they are done up too tight. This is due to the ally head, the crush not being correct, the head bolts being in two parts, the bolts being different sizes, put in the wrong way up and the washers diameter being too small from the factory. Don’t believe the Haynes manuals (I think they worked for BSA

).
Have a check of the carbs while they are off. The main jet should be a 190 with the needle on the top clip (ie the needle should be the furthest down it can go).
Check the float level. Push the needle to the closed postion lightly with a screwdriver and carefully bend the tangs until the top of the float is level and at about 2mm below the top of the bowl. 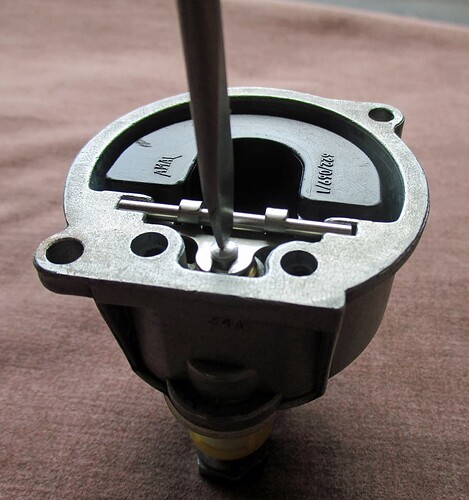 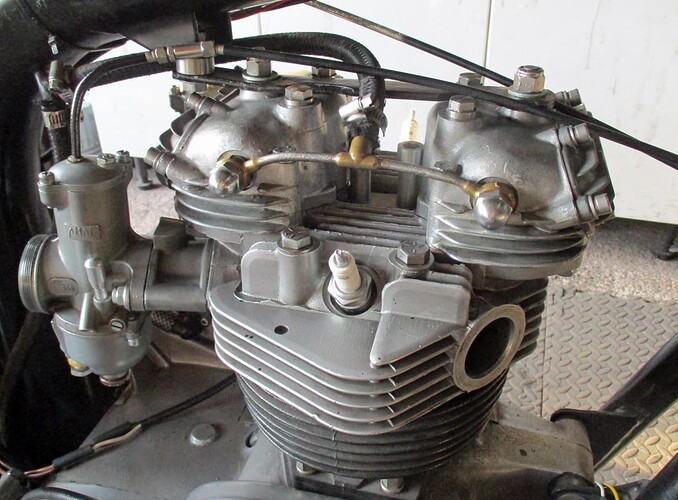 21260×928 122 KB
Zoomed round, made some noise up and down the local dual carriageways and all good. Running a bit hot, but these do a bit. Will check for leaness and an oil top up (limited oil capacity in these ‘oil in frame’ T140s) NO oil on the floor after the run and NO smoke out the zorsts. Brrrrrrrrrrrm…brrrrrm…thank you…welcome…over 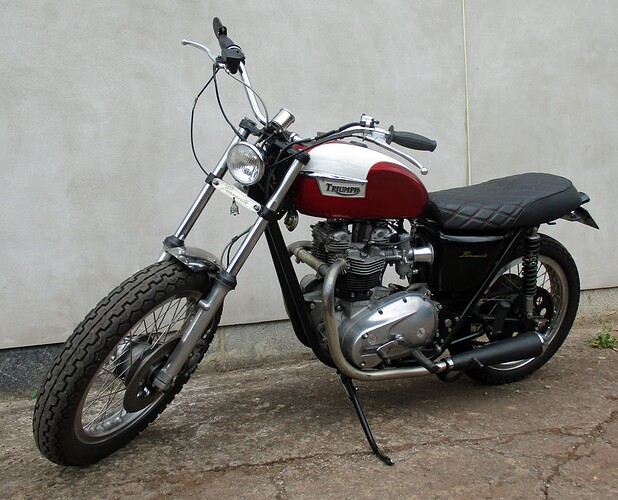 Perhaps you should mark “DOWN” on the other side just to be sure?

How many engines do you think you’ve had apart?

I guess there are degrees of it too… I’ve done a couple of top ends, but never a bottom end. Here’s to a retirement of ample parts and oodles of time, and who knows… I might get to strip a bike fully.

Kudos to you @iron

Yep, retirement helps with the time but not so much with the money for parts.

Didn’t get much done today, it was a bit warm in the garage

Added details to original post above…ok, ok, I’ll get used to it

If you add your updates to the first post it’ll have the continuity and the posts below will effectively be the comments section. I haven’t fixed the blog plugin problem yet but this will make the thread work in a similar way.

No worries. Thanks for postng all this great stuff!