Has anyone else, like me, spent the last several hours glued to YouTube watching all the legends playing music together in memory of Taylor Hawkins?

Some highlights to watch out for are Queen, AC/DC, Rush, lots of guest appearances and of course the Foo Fighters! 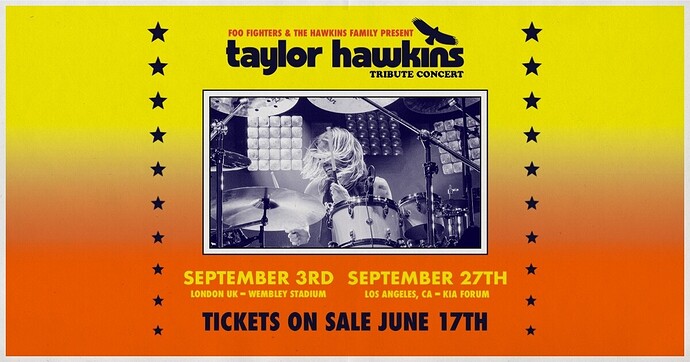 I haven’t but I would like to have been at the gig. There’s been quite the outpouring of love and appreciation for Taylor since his untimely departure from the Foos.

Was Alex Lifeson present or just Gerry Lee? Rush effectively ceased as a going concern when Neil died, which I completely respect.

Oh yes, Rush joined forces with the Foos for a couple of classic songs as a joint tribute with both of their images on the drum set, which Dave Grohl was playing.

I watched the whole thing to the end last night and it was all very emotional. 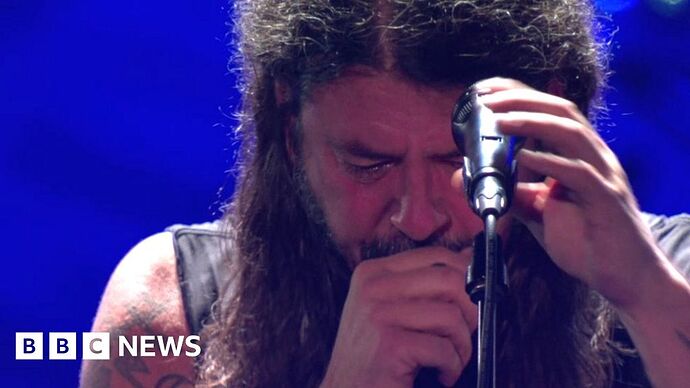 Paul McCartney, Queen and AC/DC also take the stage at Wembley to pay tribute to the rock drummer.

Didn’t know it was being streamed!

Nope I did not know it was streamed either. I have booked marked it to watch later.