The lesser of two weevils

Forgive the title, I watched Master and Commander again the other week. So, we’re into the final two, and will shortly have a new Prime Minister. Which of the two would you prefer, and why? Try to keep to the question, we all know having a PM chosen by probably around 80,000 old Tories isn’t ideal, etc etc. I’d prefer Sunak, largely because he appears to have a brain in his head and I fancy would be far more capable at guiding us through this current financial meltdown. Truss is looking a little vacuous to me, I thought she was better than what I’ve been seeing. Opinions?

I am ambivalent… the head of state was forced out of power due to incessant scandals, falsehoods and a level of integrity so low that it was/is subterranean. And yet his staunch supporters, upon whose shoulders he stood as he bluffed through multiple accusations of ministerial wrong-doings, are the very characters claiming that only they should be trusted with the job of turning things around.
One looks like he is fresh from the Tony Blair school of smarm; the other feels like she is channeling the ghost of MT. 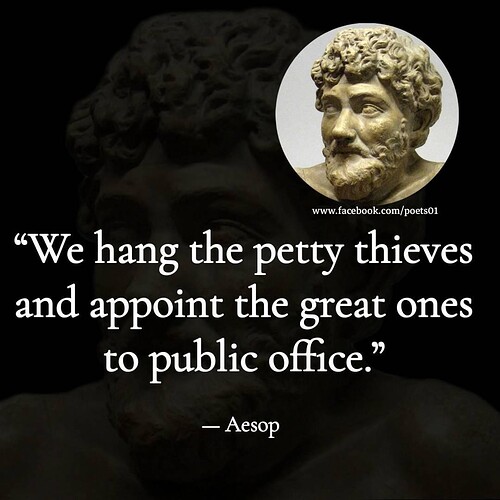 One is a multimillionaire, the other so thick she thinks tax cuts will help the poorest, most of whom are on too small an income to actually pay tax. Therefore both completely out of touch with how ordinary people live, that alone should eliminate them from the contest, I despair and as I don’t get a vote, I’m out.

Actually, I don’t think that she really believes that tax cuts will help the poorest. She’s not interested in helping the poorest: she’s just interested in winning the votes of prosperous party members, who will indeed benefit from tax cuts. Enough is enough: time for a general election, so that the rest of us can have a say.

Well for me, Liz Truss looks like she could bake a real good gooey chocolate or carrot cake while Rishi wouldn’t know what an oven is so I’ve got to say that Liz is probably much more useful at something. 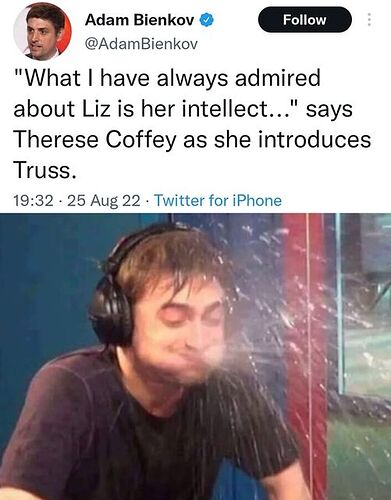 Neither install any confidence that they can fix the current issues the country face. As usual it means that the great British people will be fecked over who ever is in power. They are all in it for themselves and not for the people

Can’t heed a word any of them say. They just spout whatever shit they think will win them support.

Sunak is a menacing blend of Jeremy Hunt and Tony Bliar. I never trusted either of them and certainly don’t trust the back stabbing, multi millionaire playboy lounge lizard sleaze bag to do anything except continue to louse up the economy for all of us except his wealthy business mates. Truss come across as a bit of an ageing bimbo and she has been disadvantaged by Theresa May’s appalling 3 years, which has put women in politics back by 50 years. Having spouted all this, I’m glad to say that I have no voice in choosing either of them and no party will be getting my vote in any future election. The current herd of politicians from all parties are all part of an elite group who have never lived what I consider a “normal” life and have no idea nor interest in any of us.
The end.

Sunak is a menacing blend of Jeremy Hunt and Tony B-liar.

Can’t disagree with the sentiments expressed here. My question was, however, given that one of these two WILL be prime minister next week, which would you rather it be? The clue was in the title

Ooooooh, you drive a hardline fella!

Then I feel it would have to be Sunak.
Truss was all for regional pay deals for public sector workers, a move that would have increased the rich/poor services and social divide… fortunately, she trotted away from that… after the backlash. (Maybe reflection and pliability is actually a good trait

…) but the idea was there in the first place!

Theresa May’s appalling 3 years, which has put women in politics back by 50 years.

I’m not particularly a fan but I don’t believe this was all her fault, although she has to bear the responsibility. If anything has put us back 50 years it’s the ERG. The premiership was a poisoned chalice at that point, as it is now.

Truss. She is closer to normal than “Fishy Rishi” and he got us into this cost of lockdown crisis.

Seems the “establishment” are backing Sunak, lots of backroom “leaks” to the media attacking Truss and her proposed policies, some of which are admittedly useless but we’re not hearing much Negativity about Sunak, I think he’s a shoo-in. Either way we’re fucked.

Is anyone else familiar with the poetic works of Janine Booth?

When I was young and full of rage
I hated Tories to my core.
Now I’ve reached a gentler age
I hate the f*ckers even more.

Not great poetry perhaps, but it conveys the meaning rather well…