The worst bike you've ever owned

I know people love them…but the worst bike ive ever owned was a 1200s suzuki bandit. I bought it to save the commute miles on my aprilia tuono and mille, owned it a month, it was for sale for 3 weeks of that time, absolutely hated it, zero character, only saving grace was other people love them so it sold quick and i didn’t lose a penny.

Undoubtedly my first bike, a blue SS50. Dreadful, but I couldn’t afford a Fizzy. As soon as I hit 17 I bought a Suzuki GP100, which was like a super bike by comparison.

Triumph scrambler 1200. Hated it. Massively heavy, top heavy! Roasted your inside leg, even after a de-cat. Tied itself in knots under hard braking, so bad it felt unsafe tiping into a corner. Felt extremely vague in corners. Only bike that gave me any bad wind blast without a screen and it was worse with lots of different screen configurations I tried. Triumph tried to make it do too many things to be any good at any one thing in particular.

That was my experience of it, didn’t suit me or my riding style at all. The sheer weight ruins it for off road and the 21" front and long suspension ruins it for on road. It has too abrupt a power delivery to make it a relaxed ride and not quite enough poke to make it a hooligan. I did have a thruxton R with essentially the same engine and that was an absolute peach, it suited the bike very well. The scrambler felt like an odd mishmash that wasn’t tailored to be good at any one thing. It was also uncomfortable with its hard flat seat and overly wide bars. Did I say I hated it 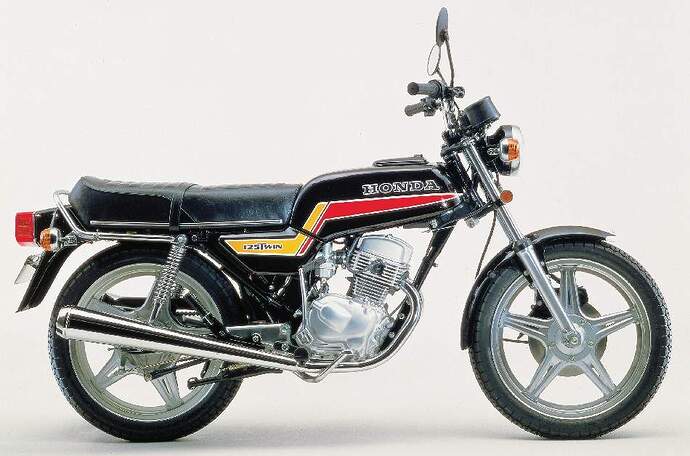 Never had a bad bike. No such thing, just that some are better than others.

So what was the worst?

The first bike that sprang to my mind as being the worst was my first bike, a Honda SS50 4-Stroke gutless POS

The only happy memory is my Brother helping me to get it roadworthy ready for my 16th Birthday. 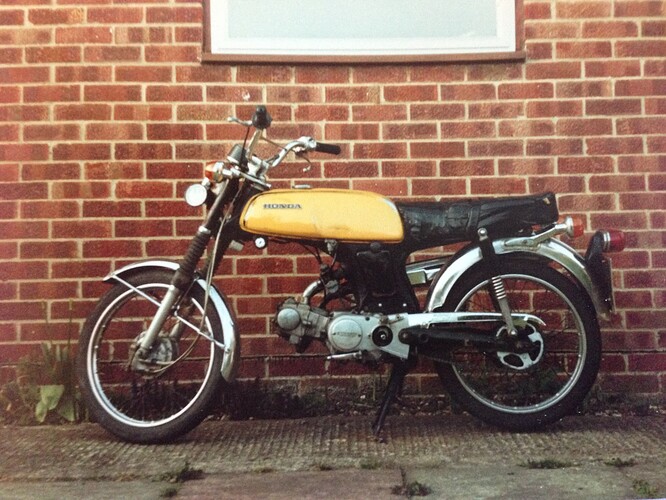 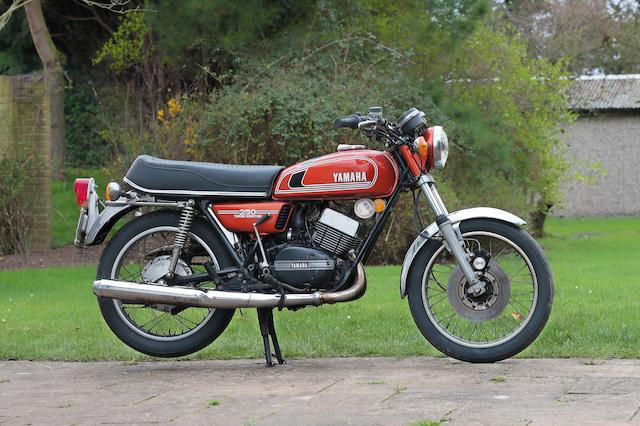 Not this actual one, but I bought one of these new back in 1976 (RD250B). Biggest pile of poo going. Was always going on one cylinder so couldn’t wait to get rid of it. Owned it for less than a year and the garage could never solve what was wrong.

Thats two votes for ss50…pattern forming?
Shocked with the RD250, i had the predecessor YDS7 x 2 and loved them and the 350, loved that too

I agree with @AndyPandy never really had a bad bike. They have all met my riding experience as it has grown over the years.

So what was the worst?

Honestly ?
Can’t really pick one out.

One thing I can say is that todays bikes are so much better technology wise, particularly tyres. In my teens, on Jap tyres, when it rained it was like riding on a road coated in thick oil and if you hit a manhole cover in the rain you could easily end up with a tank slapper. So from that point of view, bikes I had in my youth were the worst. But they were also bloody fantastic.

Suzuki GSXF 750. Bought new.
Not a bad bike by itself, nice engine, etc but too much quality issues.
Lost a mirror because plastic cracked because of vibration.
Carburetor issues.
Steering bearing faulty (after only 13000 KM - not miles)…

Had the 125 (1E7 model) from 1977.
I had some issues, then the mechanic told me the secret… Full throttle.
Those engines need to rev high to cleanup.
Never had any other issues then until the engine worn and needed new cylinders.

That was the first big bike I rode after passing my test in '94. Didn’t buy one but it was fun, even though it was pissing with rain the whole time.

Cb250 wet dream…
Even had crash bars.
Bought it from my cousin who, ironically, i don’t speak to anymore.
Not because of the bike btw!