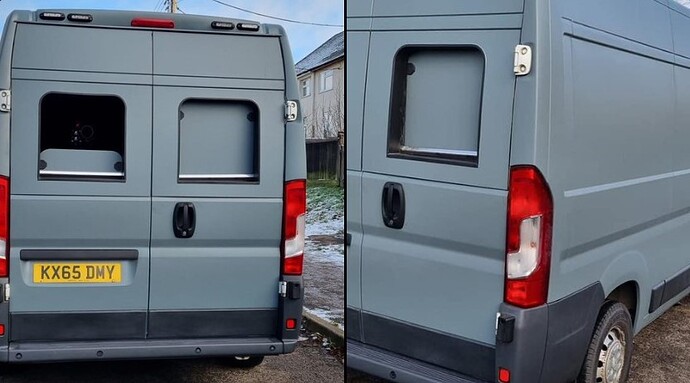 An unmarked speed camera van is being rolled out in Northamptonshire, to combat what the police are calling ‘dangerous road usage’

Cash cow for sure, wait for other forces to jump on the speeding gravy train…

Mixed feelings about this. There’s no doubt about it, there are lot’s of idiotic drivers on the road trying their very best to kill people, you see it every day. But speed cameras are not the answer. The answer to my mind is many many more police patrol cars on the road, marked or not, stopping idiots and getting them banned for at least ten years and their cars crushed. We are too feeble and weak at dealing with crime and social misbehaviour.

Agreed, alot of the problem is poor driving, distracted driving, tail-gating, on the phone etc…speed is just one factor. If more police were patrolling it would cut down on many accidents but it’s cheaper and therefore more profitable to use scameras.

I guess this had to come. More and more ways to raise money under the banner of road safety.
I have to agree there are many idiots on the roads, but I put this down to the standards of driving which is as a result of the driving test being too easy.
To many driving schools train people to pass the test, not to be able to drive under the many varied conditions they will experience once they get their licence.

I think they teach people how to pass the test, but not actually how to drive.

It’s the government’s insatiable appetite for your cash that is the problem. “Congestion Charging” “ULEZ Charging” Speeding Fines". Villifying and criminalising the motorist. Easy “Policing” because if you are legal, you are identifiable by ANPR. It’s sloppy, easy, victimisation while the criminals get away and laugh at the rest of us.

Wasn’t there a story going around about somebody who stole the number plate off one of these vans and repeatedly drove past it breaking the speed limit? We need more people like this

Someone had mentioned this the other day and he’s got a good point…
If this is to stop speeding, its not going to work as when it sees you as (unless you have seen it) , you are still going through at the same speed.
Basically, cash cow imho.

Makes no odds on a motorbike or am I missing something? As long as you don’t plough past it at a million mph on a regular basis I’d be surprised if they looked to identify the rider

They have a camera in the front too so it gets your plate when you pass.

Never knew that sneaky so and so’s

I found the article on Northamptonshire Police site interesting. Although I say interesting I have other words which spring to mind.

It talks about the fatal five traffic offences.
A speed camera van assuming that it what it is may catch someone on a phone or not wearing a seatbelt, so 3 out of five. non of those deal with the issue at the time.

Is speed its primary focus? Does the camera latch onto the vehicle followed by a zoom in to id the driver? i.e seatbelt and phone being the Brucy bonus. The article seems to suggest speed is a priority given the several references to it.
The fact that they do not break down the data further suggests speed is not ranked no.1. out of the 5 and not even close.

The other slight issue I have is that speed alone is not usually the cause there is often some other factor. That used to be and may still be stated in a certain driving training course in one of the emergency services not to mention any names. If speed alone was a main cause there would be a shortage of drivers in the emergency services although I accept they have livery and sirens some of the unmarked ones are black and not very loud.

If there are hotspots there are other measures which could be deployed on a more permanent basis to tackle speed.

The article talks about it not being for revenue, yet it does not deal with people under the influence.

I could talk about this article for ever and a day.