Anyone know who this dude is? 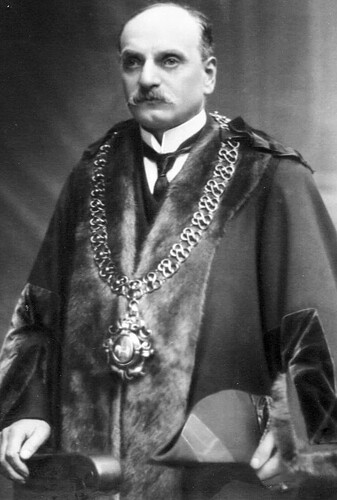 (Or the Nuremberger who kicked it off)

Wouldn’t let him babysit the grandkids…

do you mean “Dein Vater?” 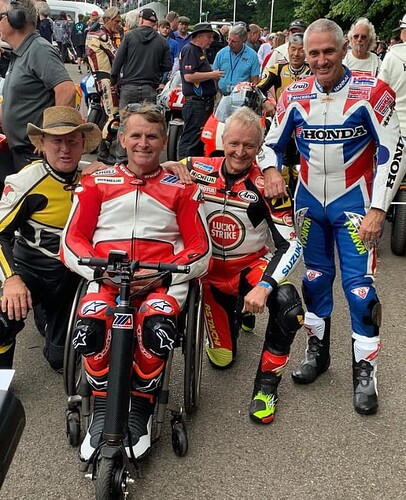 Kenny, Wayne, Kevin and Mick. And behind them…

What an era indeed.

Motorcycle GP racing seems to be distinctly lacking in superstars these days - in the absence of Marquez.

With no more Rossi, Stoner, Lorenzo, even Pedrosa and Hayden and the like it all seems, well, a bit average really.

Edited to add - I wonder what happened to Freddie Spencer? My favourite rider back in the day.

Copied from Wiki
Spencer now lives in London, England, and commentates on television for various racing series. For 2019 Spencer was appointed the chairman of the FIM MotoGP™ Stewards Panel.

I’m not sure I would totally agree. Rossi was (is) a phenomenon; a stupendous rider and a real character, especially at the height of his career. It’s easy to see the big names of the past as standing head-and-shoulders above the current crop but history will give this lot their places as well.

Quartararo is outstanding on a very average Yamaha this year. Definitely a class act. He reminds me of Lorenzo the way he approaches riding. Like Casey on the Ducati back in the day, Quartararo’s the only rider seeming able to make that Yamaha competitive.
Jorge Martin’s star is still rising and he’s ridden some amazing races. Rumour has it he’ll be on the factory Ducati next year. If he has the equipment and consistency to go with it, he could do great things.
Jack Miller’s a character on and off track (more than you can say for Pedrosa). There’s nothing corporate about the Australian and all the better for it.
Aleix Espargaro has been just another rider in the pack for a long time but as someone in the autumn of his career, he’s drawing a lot of good will and support, and seeing Aprilia at the sharp end is great to see.

The big name to watch now, of course, is Pedro Acosta. A better 125 career than even Marquez when he was starting out and only 16 years old!. Youngest ever winnier in the intermediate class. Incredible to watch, fearless and reeking of talent. Now he’s getting to grips with the Moto2 bike he’s fighting for wins in that class. Next year he could dominate. Remind you of anyone who used to have 46 on the front of his bike?

MotoGP has never been closer or faster. Any manufacturer is capable of winning. Satellite teams are competitive against the factory riders. I think we’ll look back at this as another great age of circuit racing.

But don’t you get the impression that a fit and healthy Marquez, on a Honda that no one else can ride, would just blow them all away?

That’s probably what everyone said about Rossi, then Lorenzo joined Yamaha…

It’s a hard question to answer because it’s based on a fully fit Marquez from a couple of years ago against a new breed of riders and bikes that have developed further with aero and things like the holeshot device. I don’t doubt that Marquez wuld be at the shap end but I reckon he’d be pushed hard by the new generation.

Last of the summer whine…