Lovely ride out yesterday to Haynes Motor Museum. In particular the exhibition of Speedway Bikes which is moving soon.

Saying Farewell to the Forshaw Collection

A collection of more than 30 iconic Speedway racing motorcycles spanning more than 90 years is set to leave the Museum this October. The motorcycles, which were loaned to us in 1997 by the late Richard Forshaw, will be put up for auction at Bonhams later this year. September marks the last time the collection will be together and the final opportunity for visitors to the Museum to appreciate the famous pieces of motor racing history.

My pictures are a little jumbled up but may be of interest. 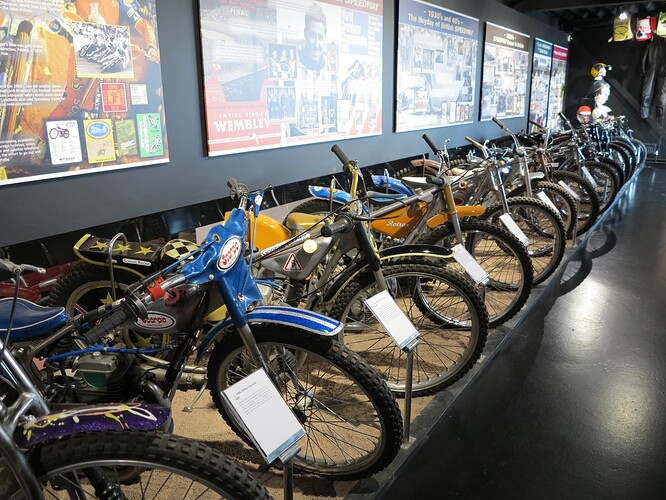 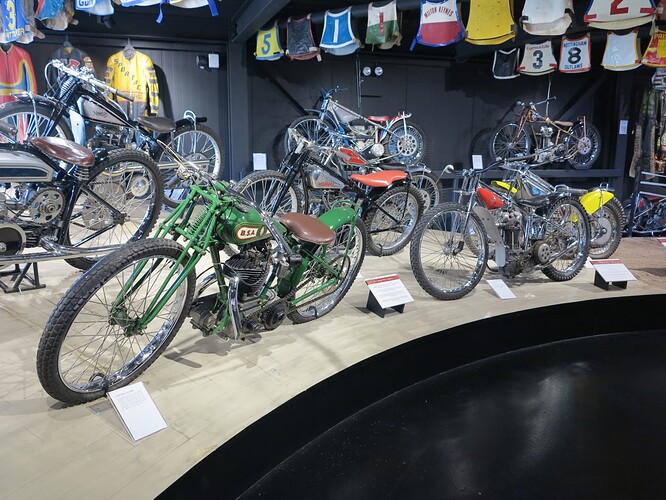 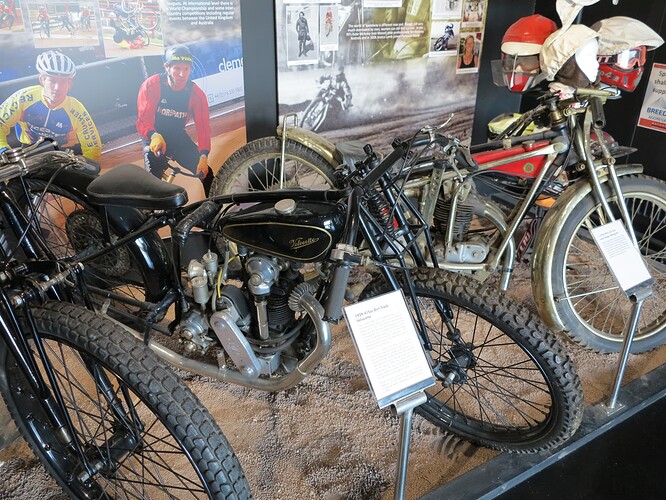 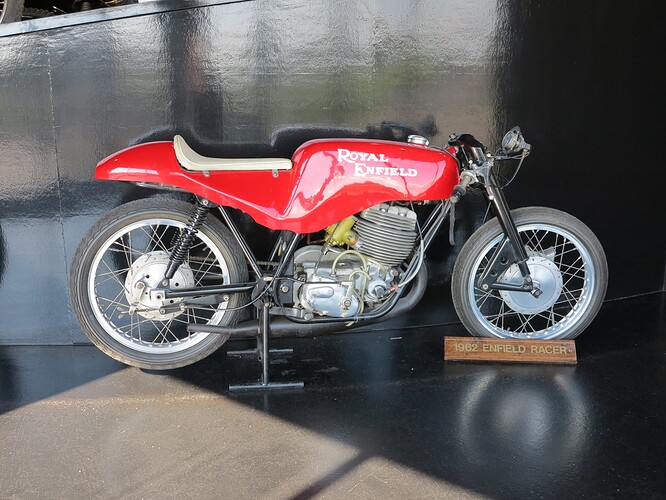 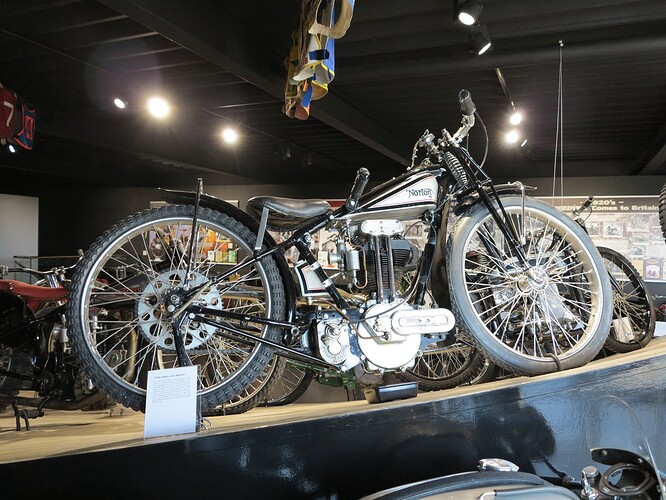 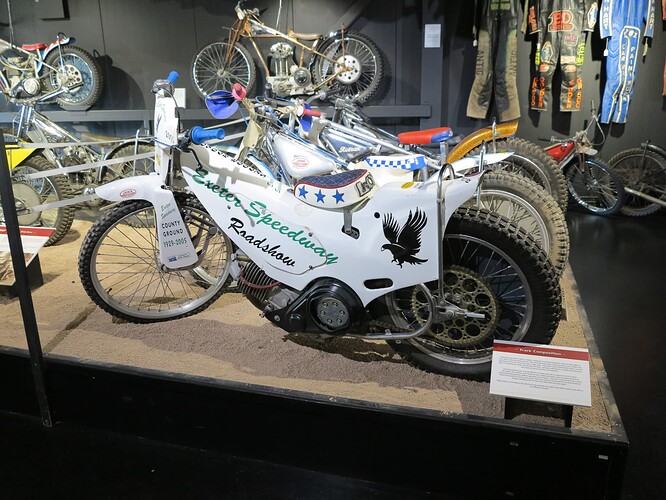 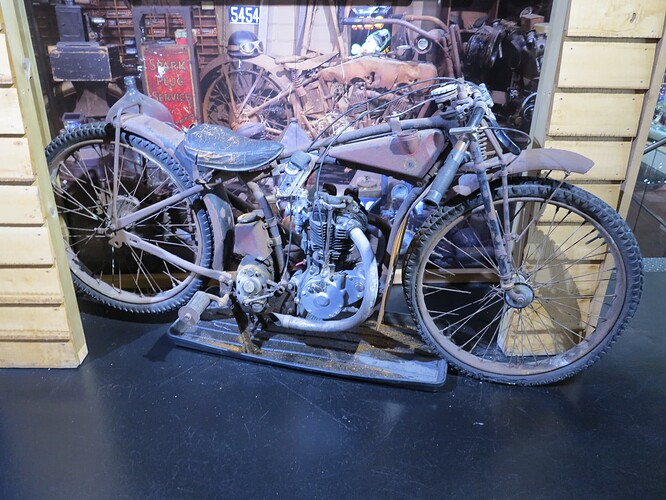 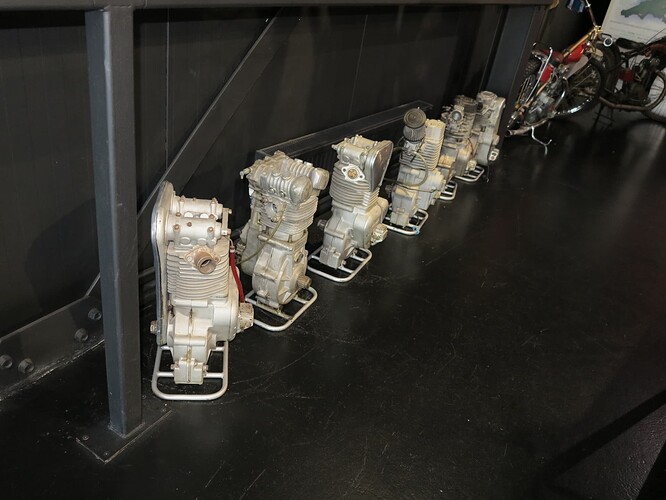 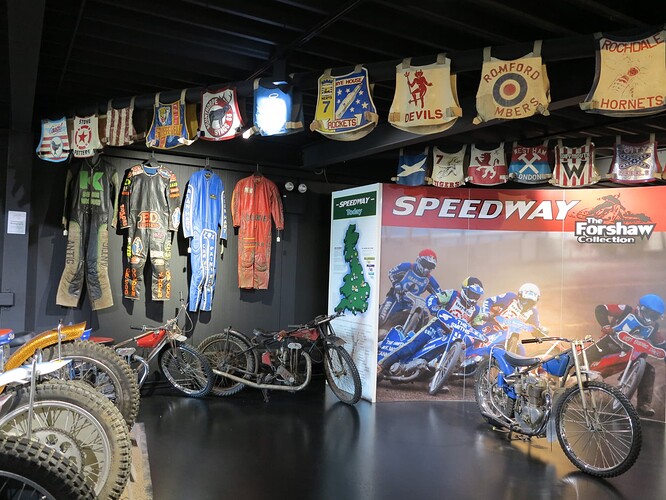 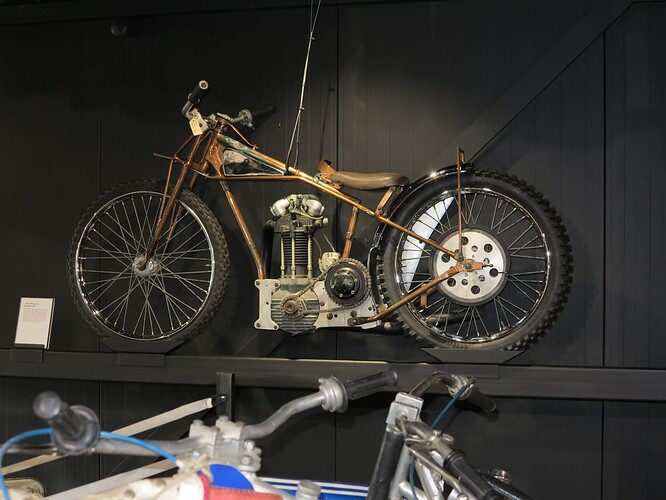 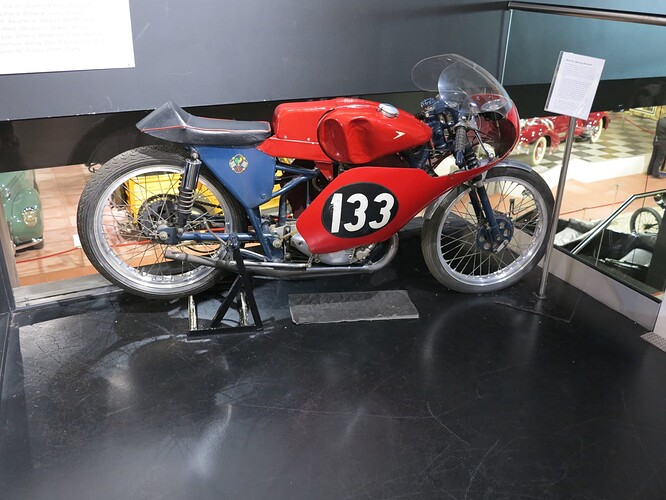 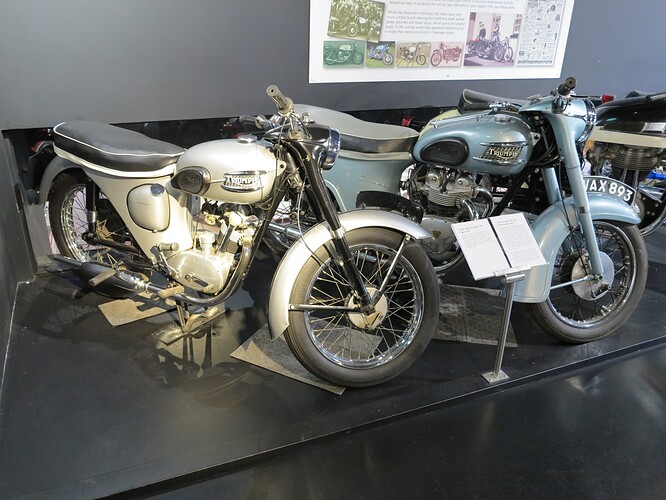 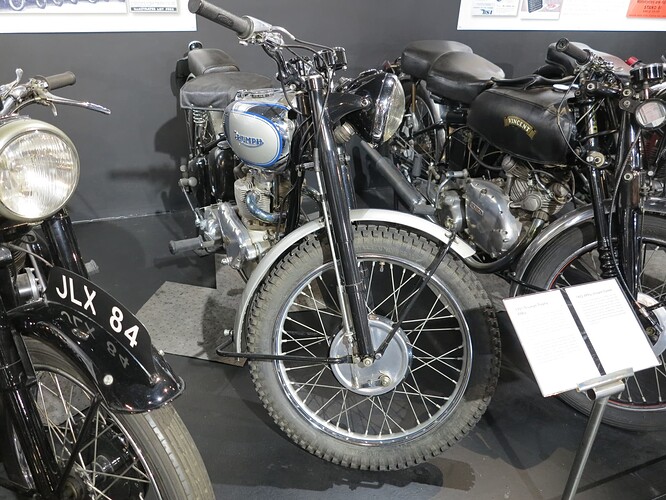 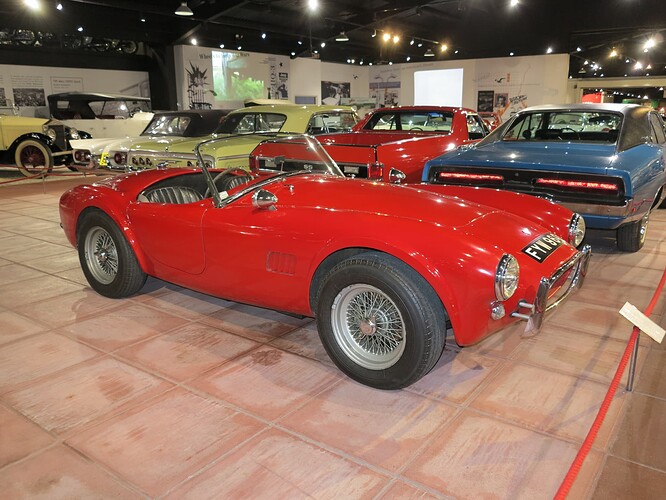 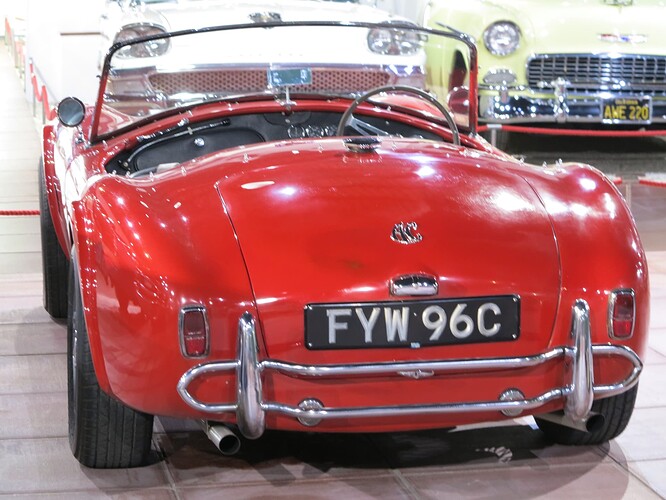 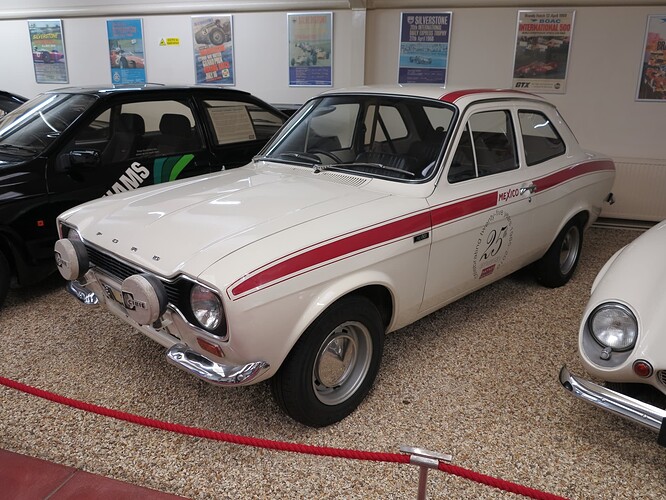 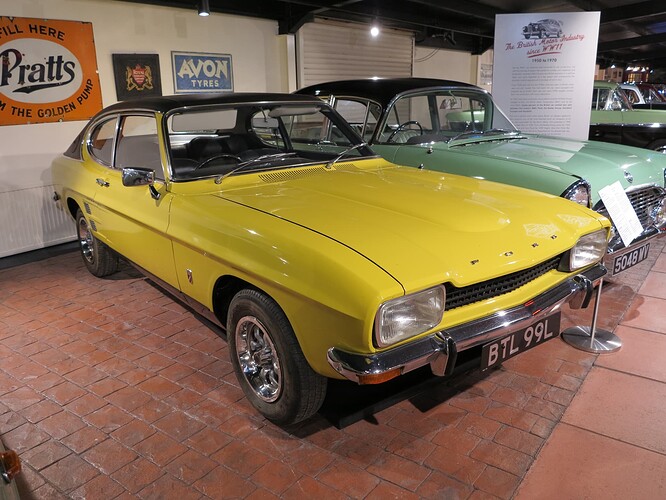 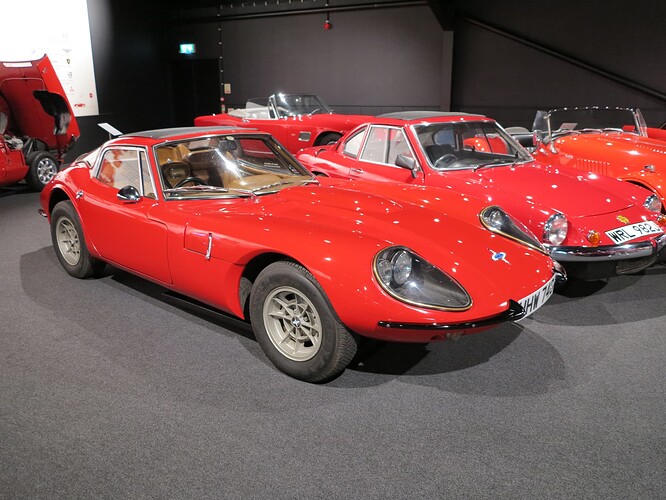 Some strange speedway bikes there Alfie😀

I never knew BSA etc made speedway bikes😲
When I was a kid I was a regular at Barrow speedway, first when they were the Happy Faces (think of the acid smiley face) then they became the Bombers. The only bikes I remember we’re Jawa and JAP then later I think Rotax got into it?

Ahh, Marcos and Ginetta cars, unrequited loves of my youth. I did own a few Capris though (if only I knew then how much they fetch now).

That collection should be kept together, maybe in the national motorcycle museum, we’re quick enough to pay millions for paintings that end up in storage semi permanently, why can’t we keep the collection together and on display? P.S. I’ll look after that Comet on “behalf of the nation”

Wonder if that wankel still runs

So thats where Norton got the idea then!

Yeah but not for long, the tips burn out.

The all time great Kiwi rider Ivan Mauger will open the bidding at the Stafford Show next month.

It’s a shame speedway is dying with tracks shutting down. Every Friday home match I was at the Hammers calling for a Fiver. Remember when Bomber won at Cardiff, I was deafened by all the air horns.
I’d love one of the JAP bikes as that’s what my Uncle rode when he was with the Wembley Lions but, hey ho, that Pools win never did happen.

My Dad’s apprentice years ago was Alan Wilkinson. Captain of Belle Vue aces who was paralysed in a crash. Very talented and lovely guy.

I used to go to Exeter Falcons Speedway home matches quite regularly in the late 70s and early 80s. At that time Ivan MAUGER, then a multiple times world champion, was the team captain and star. Not the most charismatic or flamboyant of riders, he was a giant in terms of his abilities on a bike and on a track.

Speedway was a really visceral spectator sport and Exeter’s ground was a great place to enjoy it. Pity it’s no longer popular and an even greater pity that there isn’t (AFAIK) anywhere locally to enjoy it.

On a side note, in the late '70s there used to be a tiny motorcycle workshop just a few yards away from the speedway/rugby ground run by a guy called “Bronco SLADE”. A real, old fashioned biker, always in an oily old bib and braces boiler suit, but he was very good with old ‘Brit iron’ - he thought my '72 Commando was far too modern! For MoT’s he was THE MAN - none of the “sorry, can’t pass that, the back brake needs adjusting” type nonsense. The first thing he would do when you presented the bike for MoT was to stand at the back of the bike facing away from it; take four or five paces; spread his legs wide , hands on his knees, then bend over double to look at the bike from the rear!! He claimed this was to give him a clear perspective and view of the bike’s wheel alignment! Amazing.

I didn’t find out until much later that he had formerly been a successful speedway rider in the ';40s and 50’s.