Back To The Future (with 1.21 Gigawatts)

So back in 1994 I bought my first Hinckley Triumph (900 Sprint) and barring a 2 year Multistrada mistake had Triumphs ever since. A few months after buying the Sprint they brought out the Speed Triple,… bugger, SWMBO was never going to allow me another new bike so soon. And so I’ve lusted after that black original ever since.

So when the Speed Triple 94R came out I had to have one, in black of course. Had it now for nearly 3 years and loved every minute. Along the way there’ve been a few mods, mostly the usual stuff from the Triumph accessory catalogue etc. But a few not so routine…

Starting at the front and most obvious are the headlights. 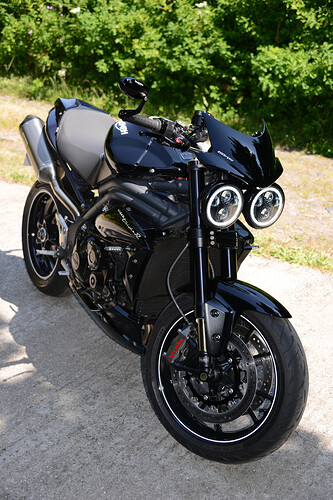 bttf2.jpg3680×2456 1.61 MB
The Dame Edna’s have always been contentious and at best I learnt to tolerate them but finally decided they had to go. In place are old school round headlights but with a future twist, I wanted halo DRL’s and LED projectors, this gets rid of the large bright reflector area and gives the bike a meaner look (IMO). The headlights now being mostly black with the white halo it fits well with the retro white graphics of the 94R. A push button (with white halo) is added to the dash panel to enable dipped beam to be disabled, the DRL’s are well bright!

Another irritation has been the pathetic horn, sounds embarrassing to use and looks just as bad, stuck down next to the oil cooler looking like an afterthought. So that’s gone and I’ve manage to squeeze a pair of car horns in the space behind the engine just below the fuel rail, relay is mounted in the battery box.
No more embarrassment when using the horn. 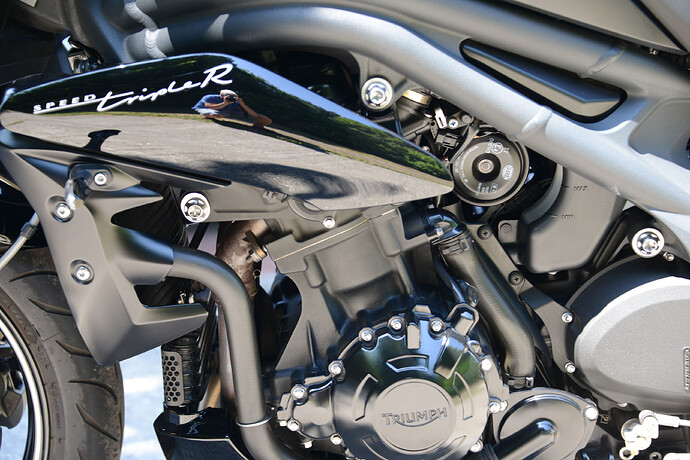 So finally to the back (it’s gone to the future), the standard metal number plate hanger looks a bit agricultural/dated and I quite liked the newer plastic version fitted to later models (I’m not a fan of so-called tail tidies). Took a bit more work than anticipated but is do-able, only down side is the old one was better at stopping road crud spraying up the rear of the bike. 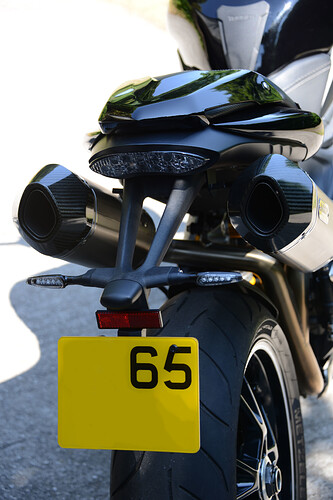 Latest mod has been the addition of a gear indicator, Healtech have recently added an ABS compatible version that doesn’t require additional sensors (which put me off the idea previously). Only done a few hundred miles since fitting but so far so good, calibration is easy, just compares engine revs to wheel speed. Not as good as a factory fitted indicator (due to the afore mentioned operating limitations) but a fair second best. 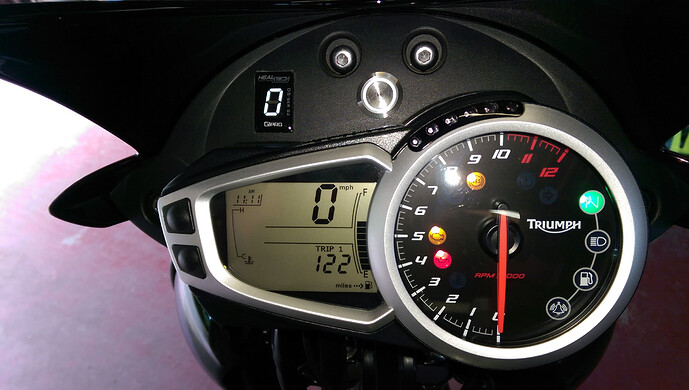