Well love him or hate him, but the Motorbike Show is back on ITV 4, next Wednesday at 21.00 New series

Always worth a look…

At the moment he’s all we’ve got!
I think Sam Lovegrove may be back this series

Thanks for the heads up, it’s now on record so I can watch it when I’m in the mood.

I don’t mind it. It’s fair to say he’s like a lot of motorcyclists who dream of ‘specials’ they can’t ever make themselves

Didn’t exactly tell us much about it

Well, Man, lol. He didn’t seem impressed by the BSA Gold Star and seemed to knock the original one too, strange as he (? Yeah, right) did one up in a previous series.
This week was a Harley Sportster, now I have never been into Harleys but can kinda see the attraction due to being into Easy Rider for the past 50 odd years. What have they done? It looks plasticky, hate the speedo, front tyre width, exhausts, headlight, rear light hanger, and the colour, the gold/bronze looks wrong and cheap. What do you guys n gals think?

Agreed, although the AMF days of Harley are much criticised by Harley types, they were some of the best paint jobs, especially the blue 1000, though the 1200 was bronze. 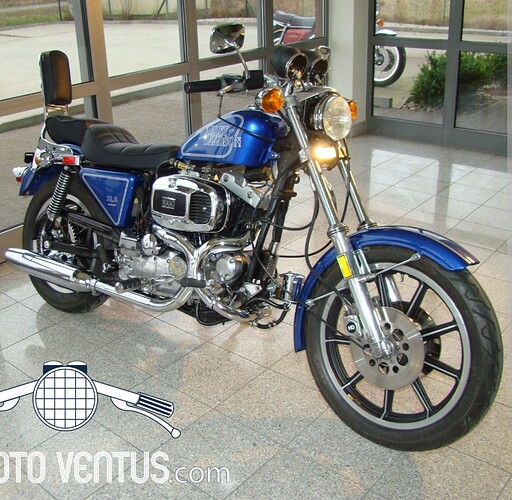 Completely agree, the headlight, exhaust, stupid fat front tyre were all wrong.
Just looked cheap like it had been pressed out of a giant moulding.
I could spend £14000 much more wisely

“Let’s put it through it’s paces!” he said before getting up to about 50 and wobbling round a corner with his knee out. What a tool!

Henry’s knee goes one way and his head the other!

His riding style is weird…

The thought was that the air cooled V twin was dead when that stupid Revolution Max Sportster liquid cooled thing came out.
I agree with Pat that the bestest V twin was the 74 Shovel. The best looking anyway. The ironhead sportsters were and are a ‘mare. The AMF shovels weren’t much better but once you get into them and sort the weak and Elvis’ hairdo bits out they are a great and good looking bike. Wet sumping was an issue but venting the sump sorted that out.
Emission controls killed the Shovel (serves them right as they bolloxed up the Bonnie causing the T140E to be developed late 70’s)
The last of the true air cooled V twins was the Evolution (only brought out after Harley strikes and a massive input of money and tax on imports by Reagan) . I’ve had Evos but never really got on with them.
To again beat the emission requirements they developed the Twin Cam but it never stood up against the Indian 111 cause it couldn’t develop enough power so along comes the Milwaukee 8.
Named because of 8 valves 2 plugs per cylinder and oil coolers. Real issues with this engine due to sumping and all sorts of other problems trying to burn as lean as possible.
So, now, due to the usual investors wanting their returns quickly and overall cheapness they’ve fallen for the liquid cooled engine being the answer and the all new Revolution Max engine. It’s horrible.

Word is, however, that they’ve heard that buyers still want an air cooled engine. What? yep, so they’ve been putting in patent applications for variable valve timing. So maybe the v-twin air cooled isn’t dead after all.
Hopefully the air cooled parallel twin isn’t dead either. I’ll be looking a bit closer at those new Nortons. I may have to swap a couple of Bonnies for one but hey ho, I’ve a long time to sleep later…

Edit, sorry that turned into a bit of an essay

I had wet sumping with my '89 evo sportster and my '86 low rider sport.

If me numbers happen in the lottery… I’ll have a trumpet off you… a 68 if possible please?

No worries, if my numbers come up I’ll gift wrap one for you… 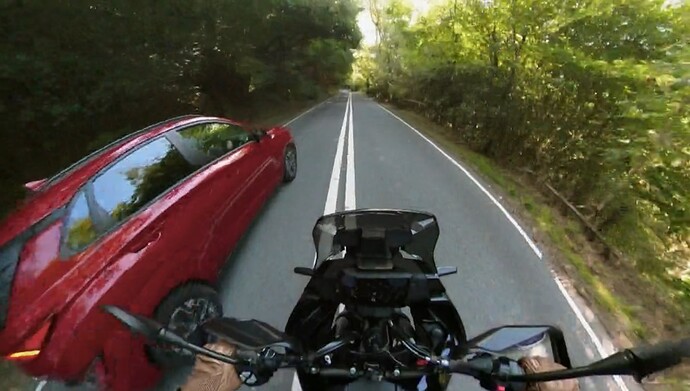 Not a great advert for responsible riding is it.