Number plates and the EU

I’m sure plenty know all this, but a quick FYI won’t hurt.
Getting ready for my trip to Spain, and I understand that now the UK identifier* on your number plate is not enough for the Spanish or French. You must also display a UK sticker on the rear of your vehicle of the prescribed size of 180 x 130 mm. It’s becoming more common to be stopped in Spain because they’re weeding out the expats who didn’t change their licences in time for Spanish ones-a UK licence is no longer valid for Spanish residents. Don’t let them whack you for several dozen Euro for the sake of a sticker

I didn’t know that UK had replaced GB!

Just returned last week from France. Showing U.K. on your number plate is quite sufficient for France.
I have read that Spain wants the oval country sticker but not bothered about the number plate one.

Just wondering where you put a 7" sticker on a motorbike.

I have two UK stickers on my number plate on the tiger. I’m assuming these will do for my September trip through France and into Spain.

You’d like to think common sense would prevail, which in my experience it has. Just cover as many bases as you can and enjoy the ride. Because l look likely to use the car now l’m a bit more paranoid.

Hi, the Frenchies aren’t too worried about having an approved UK oval on the bike but the Spanish boys recently fined a couple of mates for having ones that were too small and not of an approved design.

To retain as much of my Jack Daniels money as possible I fitted the correctly sized [FRO] sticker onto a Perspex sheet which was then stuck onto the back of the number plate.

Something seems to happen to people once they’re given a uniform.

Hi Kinjane, welcome to the forum.
Were your mates pulled purely for the wrong size oval, or were they perhaps committing some other indiscretion.

Thanks for the welcome, I’ve probably committed several treasonous offences by adding to an old thread and failing to find the welcome: centre to post in.

The size of the stickers were probably the only thing that was found to be wanting as everything else was in order at that time. It’s part of the Vienna convention and an apparent road safety issue! €25 for their troubles.

However the appearance of such a massive UK oval does make the bike quite distinct and whilst stopping at an Aire de service a chap in an English registered bright red camper van approached me saying he’d seen me in northern France earlier in the week and felt compelled to say hello! Also got overtaken by a GS on the A23 and got the most enthusiastic thumbs up from the rider.

Probably the extra drag of that UK sticker slowed you enough to allow the GS to make his pass.

Welcome to the forum! No heinous crimes so far.

I’ll take a look at the ’welcome’ emails and see if I can make it a bit clearer for new joiners to post their hellos.

Do you seriously need an oval sticker that size to travel in Spain?

I just put these on my plate for the recent French trip. 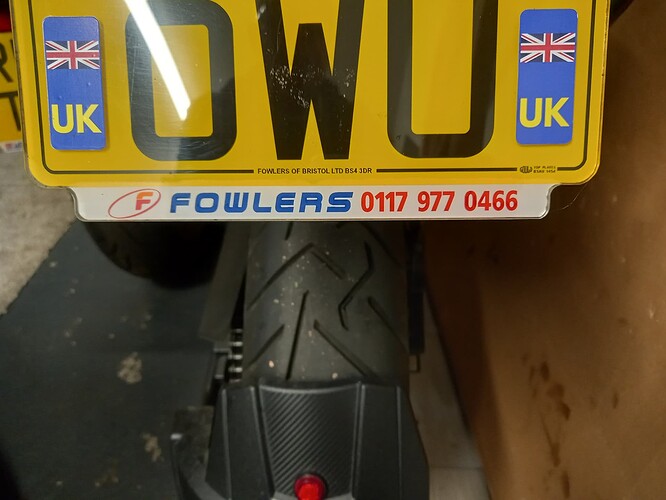 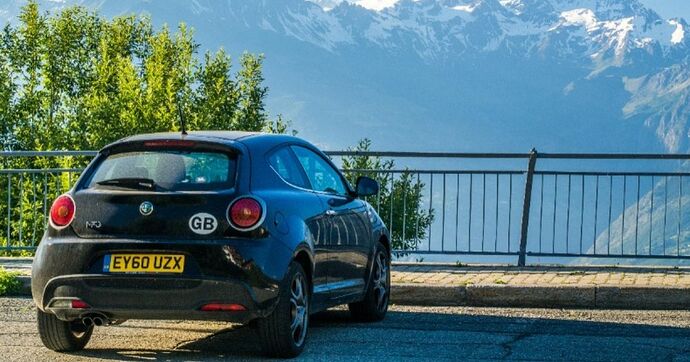 Licence plates (or number plates) - how to correctly display them, how to get plates made up and the national letters, flags and symbols you can display.

My point was that if the standard UK number plate stickers are legal in Spain, which the second article would seem to suggest that they are, then why bother attaching a UK sticker on a piece of plastic that could be seen from space?

By the letter of the law, you need a UK sticker in addition to your number plate logo in Spain. Forget the required size, but something like 200mm across. Not seen anyone get done, but have heard dark tales of people even being refused entry through not having the requisite gubbins. For £1.99 and a splodge on your vehicle’s arse, why wouldn’t you?

I agree, I had exactly the same stickers on my number plate for my recent trip through France and Spain. Also on a previous trip to France in August. I had no problems 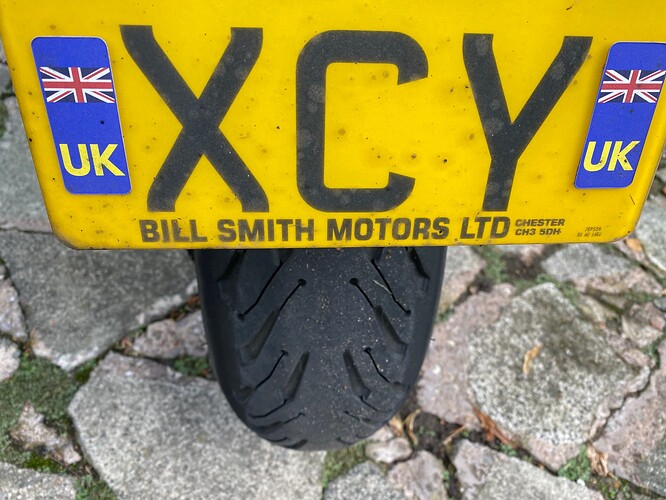