Cat’s gone back into the Vets - poor bugger - he had his face nearly ripped off in a fight, cut down to the bone from his forehead down between his eyes to his nose. Looked really sore. His ears are already tatty from fighting and previous numerous stitches and wounds.
Got him back day before yesterday but he’s still not right.
They’ve got him again cause he just can’t go properly, keeping him in and all sorts of exploration, scans etc etc. (around £2000 all together)
Hopefully he’ll be ok but we’ll see. I’m not really an animal lover but the poor little sod…
No photos but it’s not bike related

Poor little fella. Not being an animal lover doesn’t mean not wishing them to be well. I hope they can sort him out.

Nope, he’ll be given what he needs, that’s what we take on when we get 'em. 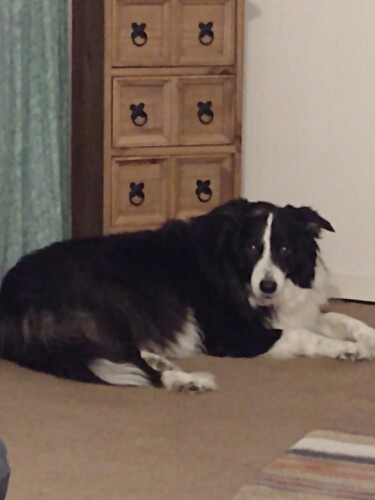 My favourite breed of dog

We get occasional posts about pets so let’s give them a home. 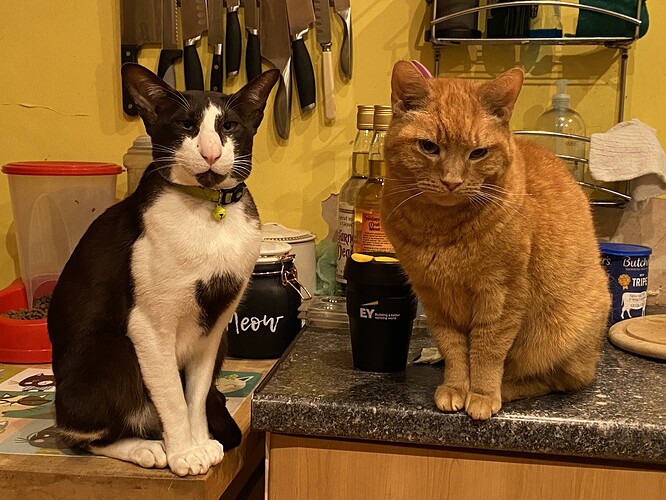 Jinx says, “post your pet pics in here or the ginger one gets it…”

This was our lovely old boy Rudi who was sadly put to sleep just over a week ago. The photo is from March last year, but it’s one I really like (I have a LOT!!!). 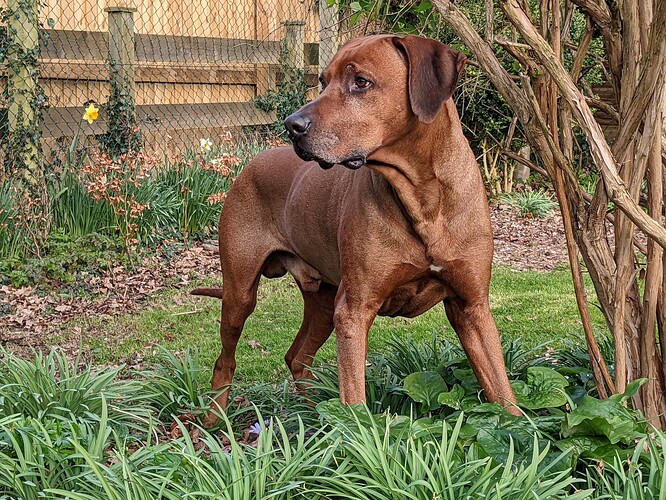 What breed was Rudi @MrsVisor ?
He’s a handsome chap!

Thank you; lovely character too. A Rhodesian Ridgeback. 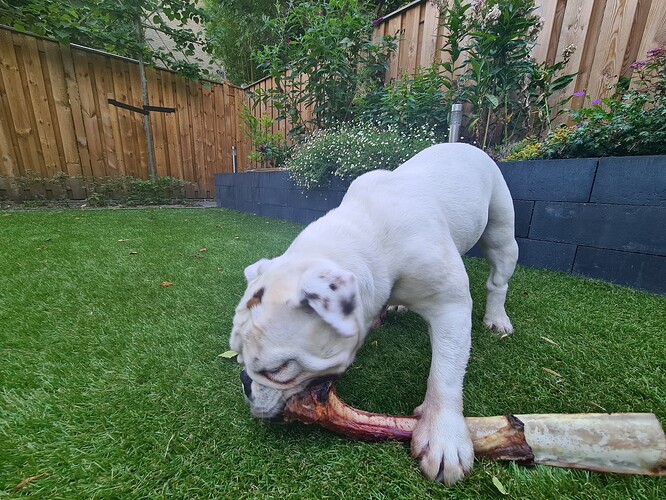 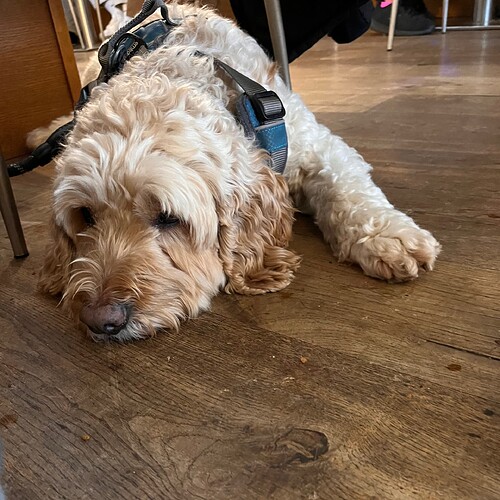 just the remnants of a Tomahawk steak… 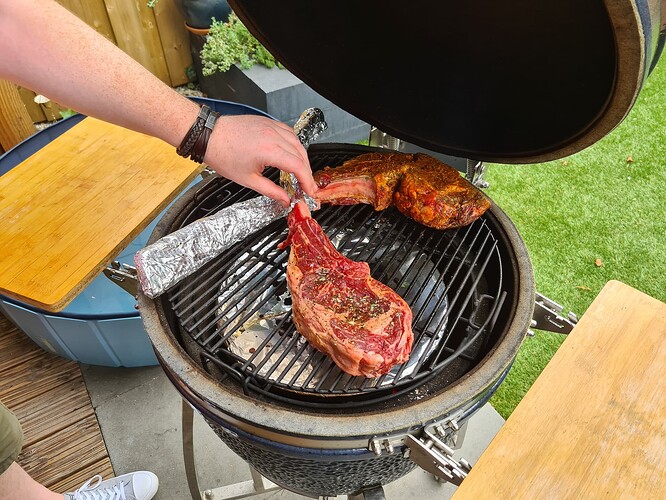 I was just messing about today since I’m kind of house bound, a portrait of Floyd.
The light was just catching him nicely as he was watching out the window, I thought it has an almost renaissance look about it 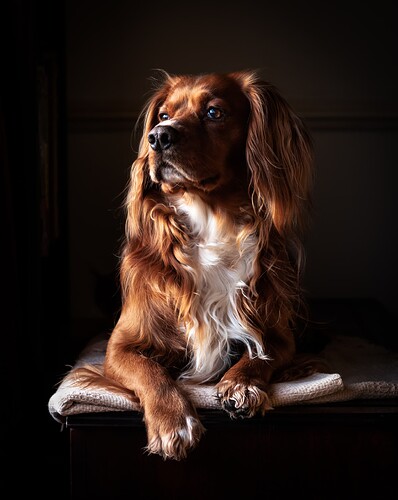 What a handsome chap! Will you get another dog at some point? I know some people are reluctant, and its easy to see why when they break your heart. Last time, Lucy, my springer had her final vet visit, I had Floyd within a week, I just missed not having a dog a lot!

Same here - when our former dog crossed the bridge we started looking straight away. It just felt empty without her. 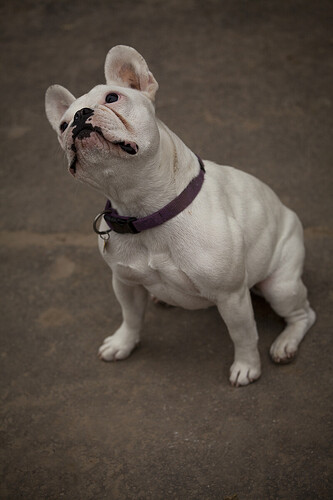 Not mine, but my son’s rescue greyhound looking out of our patio door for mice in the garden who are attracted by the bird food SWMBO puts out. He caught one last time he was here, we just saw the mouses tail sticking out of the side of his mouth before he swallowed it whole… 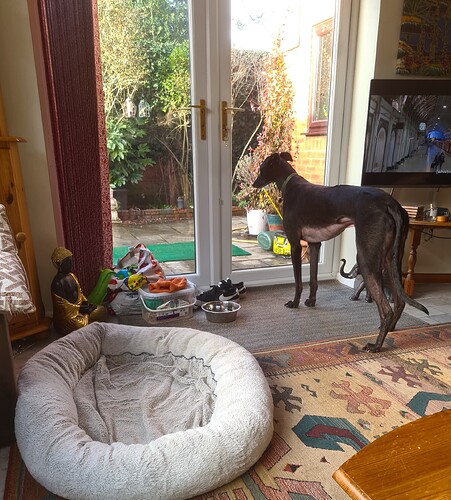 A friend of mine at batting central does commissioned oil paintings of dogs. That’d make an absolute cracker 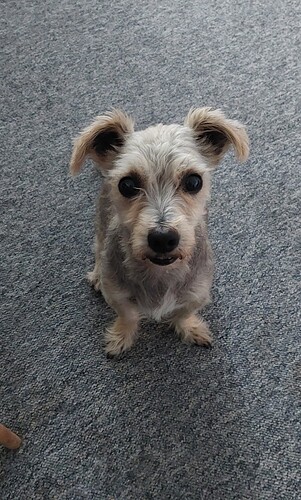 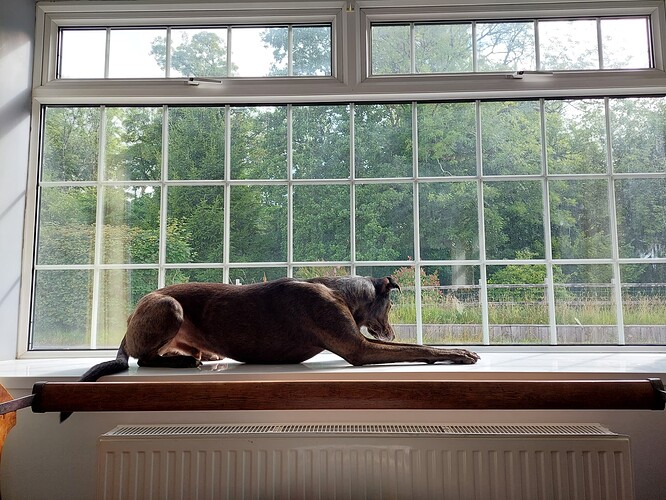 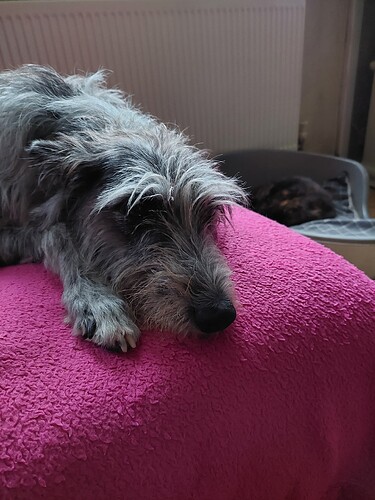 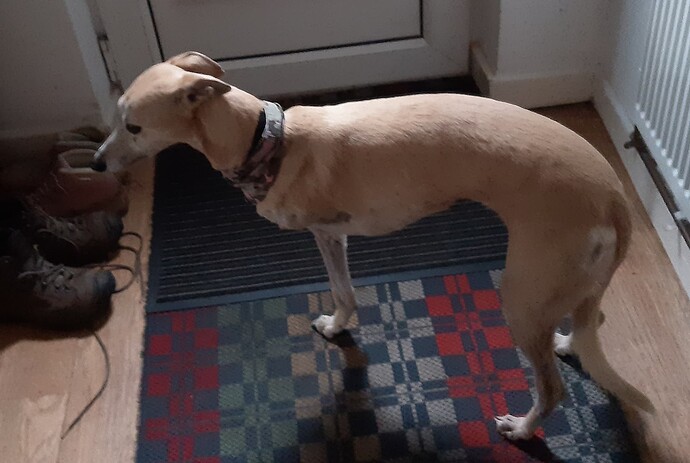 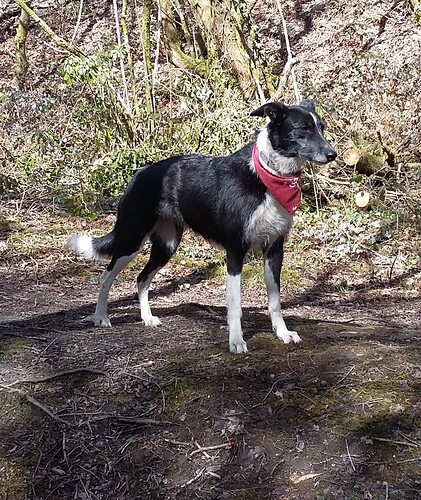