As part of my quest for a successor to my Street Triple 675 (to give the old girl an easy retirement) I’m interested in trying out the younger generation. I’m not sure I want to buy the ‘same’ bike again but I am curious to discover just how things have moved on, and you never know, it may just end up being the best bike.

I re-read @MrsVisor’s excellent review of her R tonight. I noted that the ride is a little on the rigid side even with the supposedly more road oriented version of the bike. Did you get that suspension set up in the end, MrsV?

If the R is stiff, I presume the RS will be even more harsh for some of our dodgy British highways. Has anyone tried both variants and if you have, just how much difference is the with the ride and overall performance etc? The specs look almost identical so where does the extra £1500 go?

Which one have you got, @Sandi? I can’t keep up with everyone’s bikes.

When I’d had my gen 2 Tuono about 5 years it was starting to feel a bit so-so but i loved the bike, it just needed a bit of livening up, i decided to give it a re-fresh, i ordered a nitron shock built for my weight about £600 at the time. Full new monobloc calipers, arrow titanium downpipes to go with the titanium cans I had already, tuned and chipped and the front end I did myself, I got some bits trade through the aprilia dealer i worked part time at. It was worth every penny, i kept the tuono another 5 years after that and only sold it when Mrs W asked me to slow down and I still miss it. Maybe a few grand on some trinkets might be worth a look? You’ll never get your money back, but a new bike drops 30% once you ride it off the forecourt, just a thought

I don’t know so out of speculation I reckon the low ride height version may be harder due to slightly less suspension travel?
The R is softer than the RS. I had the first gen 765RS, it was hard but you could get a reasonable level of comfort out of it. Now have the current 765RS and it has been softened from the previous model and IMO pretty much perfect! I do end up on a lot of bumpy roads.
I’m a huge fan of the Street Triple, I’ve had 3. Had a Speed Triple somewhere in between too but that was stupid hard! And the 2016 model I had was actually slower than the current 765’s. Been saying for years, the Street Triples are Triumphs best machines everything considered. They will provide the biggest grins.
Edit, for the first gen 765’s, I’d go for the R. For the current model, go RS since it has more plush ride akin to the previous R and the mid range torque of the R.

@Andyc1 that makes sense re LRH models - I know that a user from the other forum finds his hard and also rides the LRH. @Octoberon I have not yet had my suspension set up but must do soon. I was taking to @HelmutVisor about this yesterday and he didn’t find it as harsh, but weighs a fair bit more than I do - I am not tiny but at around 58kg or so I am likely lighter than it is set up at the factory for. Pure speculation. I have just looked and the new model also has a “comfort” riding mode, whatever that is!

Apart from the difference in suspension and brakes between the two models, for your money the extras you get on the RS are TFT screen rather than LCD / analogue combo (I like the analogue / LCD but that’s purely personal taste), more riding modes, belly pan and bar end mirrors as standard (both of which I have fitted as extras to my R as I prefer the look of the bike with them).

@Sandi has a Speed Triple.

Yeah, that’s a good point. The rear shock is original and a bit hard. It’s looking a bit tatty, too. The bike is 14 years old but only done about 25k miles. I’ve been thinking about upgrading it. It’s had the forks done so good at that end. I suppose I’m driven partially by wanting something a bit newer with a bit more power. It’s not that I’m unhappy with the Triple.

I want to try a Tuono. It’s on the list of test rides.

Good advice. Thanks, Andy. Perhaps Triumph have responded to the criticism about the RS ride. I’m even more keen to try one now.

I did have a look at the specs on the Triumph site but didn’t spot those differences so thanks for being more helpful about it that they are.

I haven’t considered the riding modes. That’s another good point! I’m about 87Kg, so probably around what they come out of the factory expecting. I am planning to take the MV up to RaceHQ for the suspension to be set up (once I’m down to about 80Kg or so - getting there) but there’s no point doing the Triple before upgrading the shock.

I think a trip over to Youles is in order, armed with with to look for and to see what they have available to try out.

It’s hard to beat a big V-twin! The way they punch you out of a corner is addictive

I think that’s why @Motopulcino loves hers so much. The jury’s out for me as I’ve spent most of my time on inline fours, and the Triple, of course.

It’s a bit of a problem…after a ride on my Streetfighter, everything else just feels a bit…meh…
But that said, I’d definitely give a new Striple a go. I love the 675, even though it doesn’t quite have the instant wallop of power that mine does, it’s so much fun to ride and so well balanced…
Maybe I could take out a Speed Triple whilst you take out the Street…@Octoberon

Moto Guzzi did. I don’t think it went in to production, unless someone knows better. 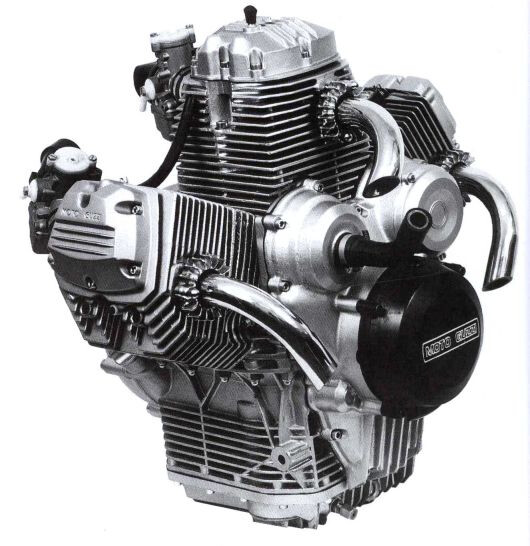 We need to find it…
That’s a mission, right there

I can highly recommend the Speed Triple

The performance is astonishing

I’ve never liked V Twins - too vibey. They’ve always struck me as the equivalent of Diesel engines in cars.

I’ve never liked V Twins - too vibey. They’ve always struck me as the equivalent of Diesel engines in cars.

I think it depends on the bike… I had 2 Superdukes which were smooth. Especially the gen3! Recently took a test ride on the Speed Triple RR, now that was vibey. I was surprised how bad it was, it would leave your hands tingling it was that bad and rendered the mirrors useless. Didn’t expect that!

3 or 4 years ago I thought I would give them another chance and test rode a Ducati Monster 1200S.

There were many things I loved about it, but the engine still wasn’t one of them.