The ‘newest’ bike I’ve had for ages. Microfibre cloth and a quick t-cut should bring it up lovely. 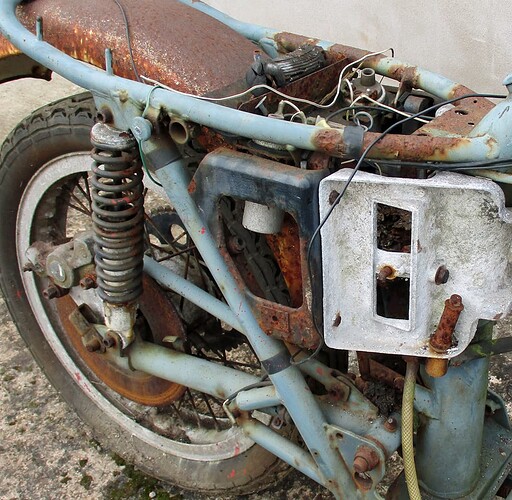 It’ll sit for a few months before I start on it as there’s a few other bits and bobs to sort first. But a new project, I like a project.

This rebuild I’m going to enjoy.

Careful you don’t spoil that patina.

This is how it was ‘discovered’. It’s been left in a greenhouse/leanto since 1984. Considering it’s a 1980 bike I wonder why it’s not standard - blue frame, fibreglass mudguard, ally wheels etc etc. 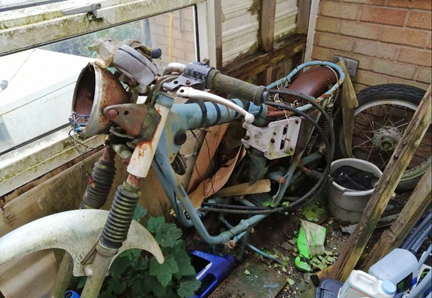 The lady who sold it - to the dealer I bought it from - said that the man who was working on it became unwell and couldn’t work on it any longer. It had remained in the lean-to since then. The last MOT is dated 1983 - which, I assume, was it’s first and only. The mileage recorded on the MOT was 13,438, the speedo reads 13,514 - so it didn’t get much mileage until it was dismantled. Obviously not for the first time. There were no previous owners. It came with a Haynes manual, an owners manual and the original keys. 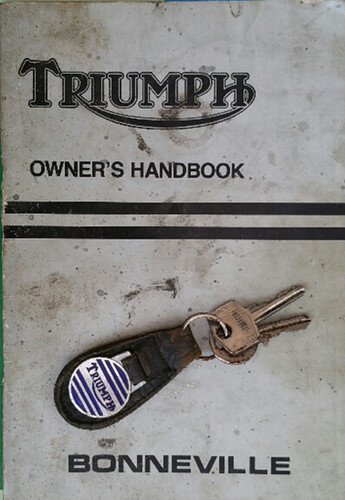 1398×576 60.9 KB
There’s the original back footrest in the toolbox. The wiring is still labelled up so that’ll help 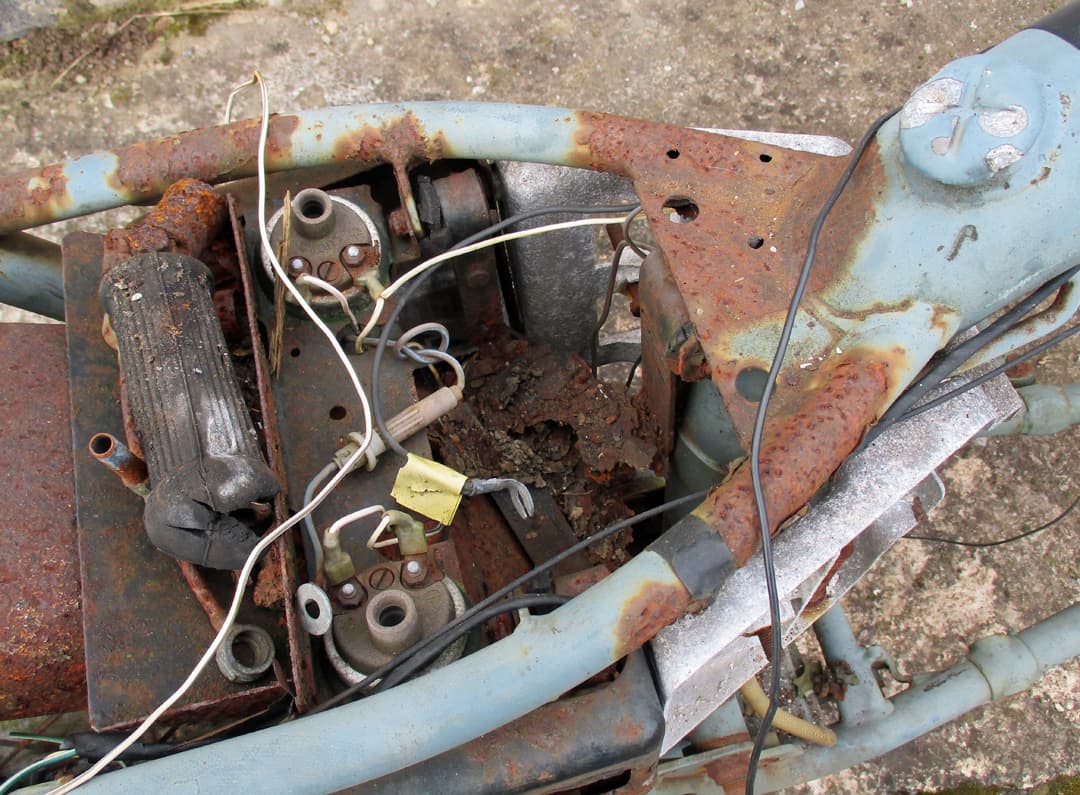 41080×795 132 KB
It arrived with several boxes of bits. The rear brake drum obviously doesn’t belong so it may be that there were other bikes that were long since gone. The engine seems to be complete as I’ve had a look through it all. Most of the rust and tins of old nails and screws have been disposed of. 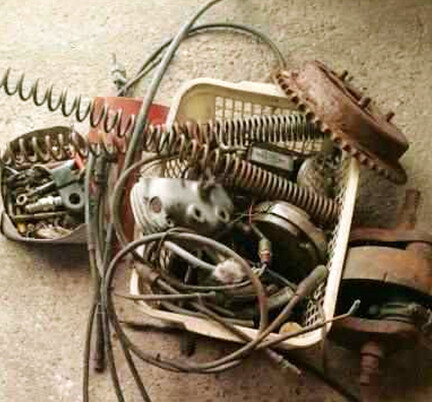 If you look closely you can see that the crank is in a bit of a state. For some reason only one conrod had been removed. One journal is bolloxed the other is near perfect. Looks like that’s when he didn’t feel too good. Sad… 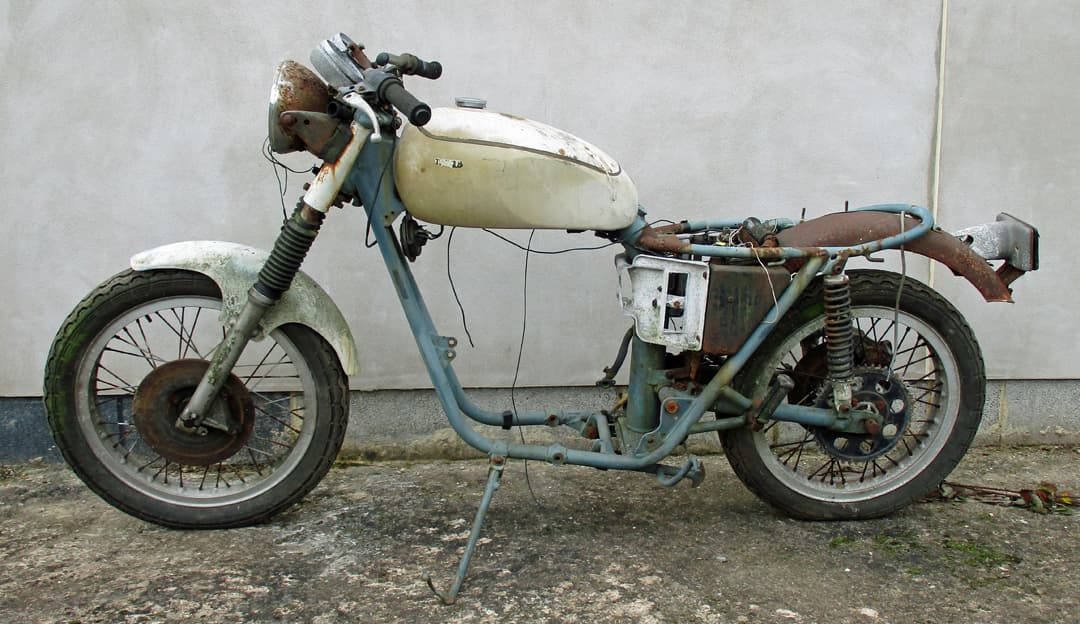 It’s obviously got an interesting history. I always like to find those things out as in your case that’s so unusual 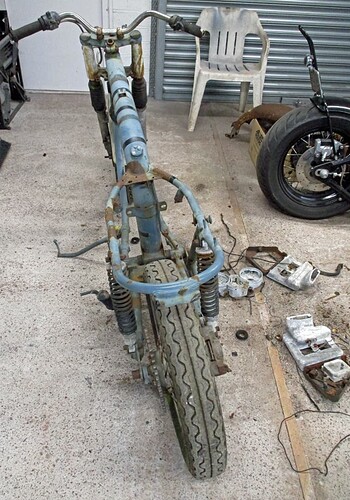 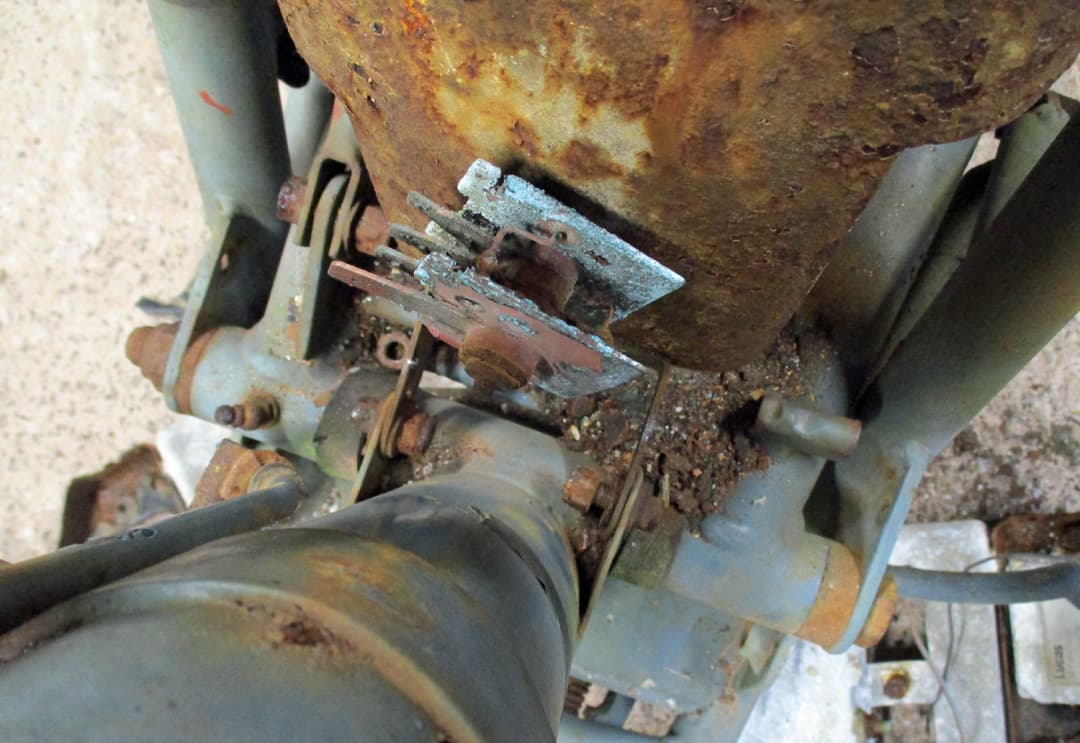 51080×743 84.3 KB
Engine cases and covers seem ok but will inspect once the rebuild starts as I’ve no idea why it was coming apart yet 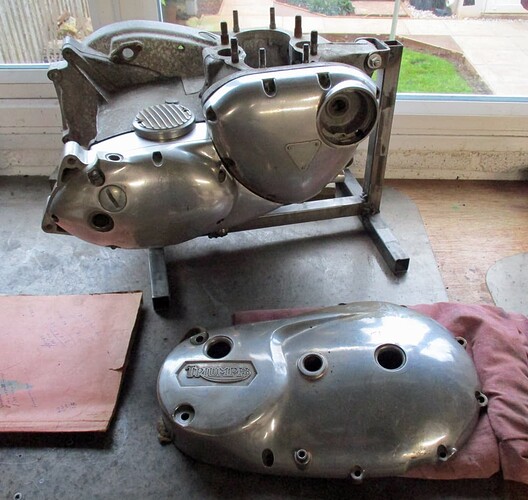 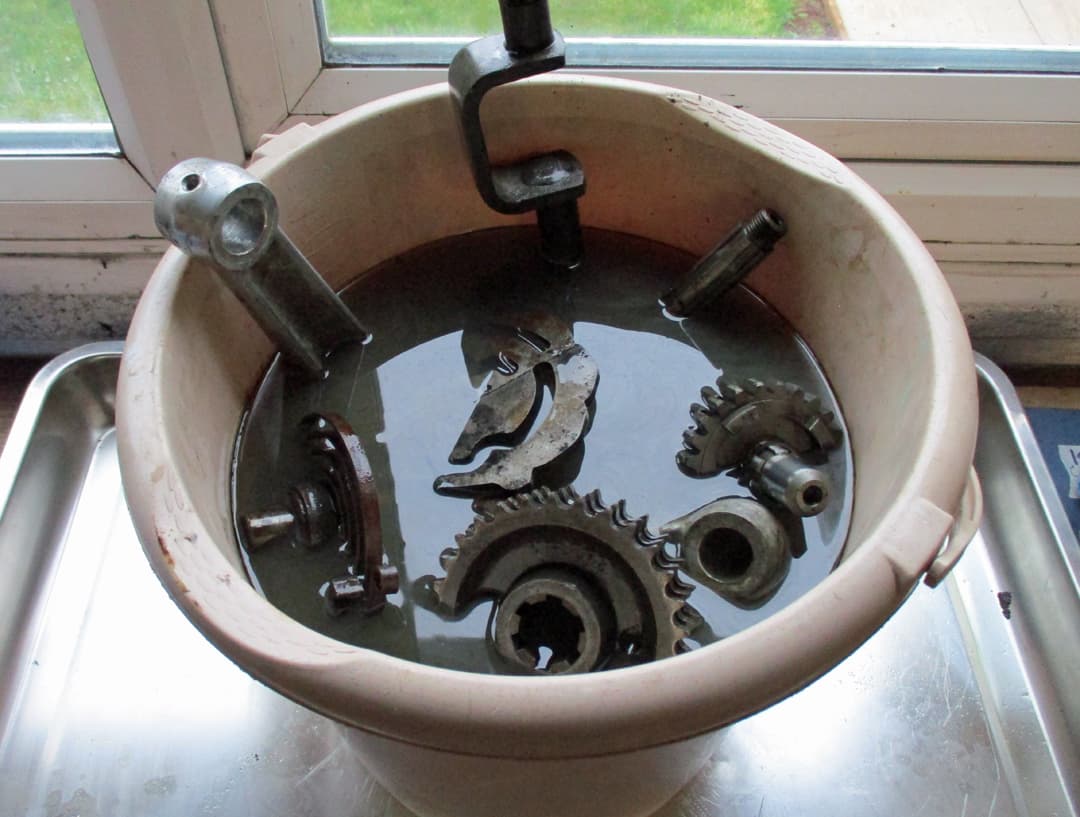 Have tried to clean up crankshaft but it may be lost due to exposure. Maybe this is what he was going for - the sludge trap is pretty full. Just shows you how quick these can fill. Maybe there wasn’t a lot of servicing. Not done a lot of miles 13.5k and sludge trap about 3/4 full. 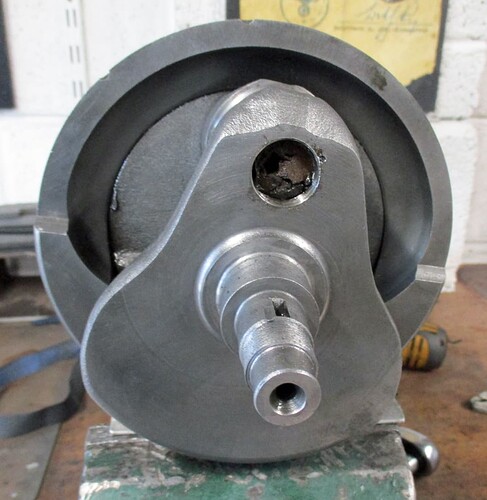 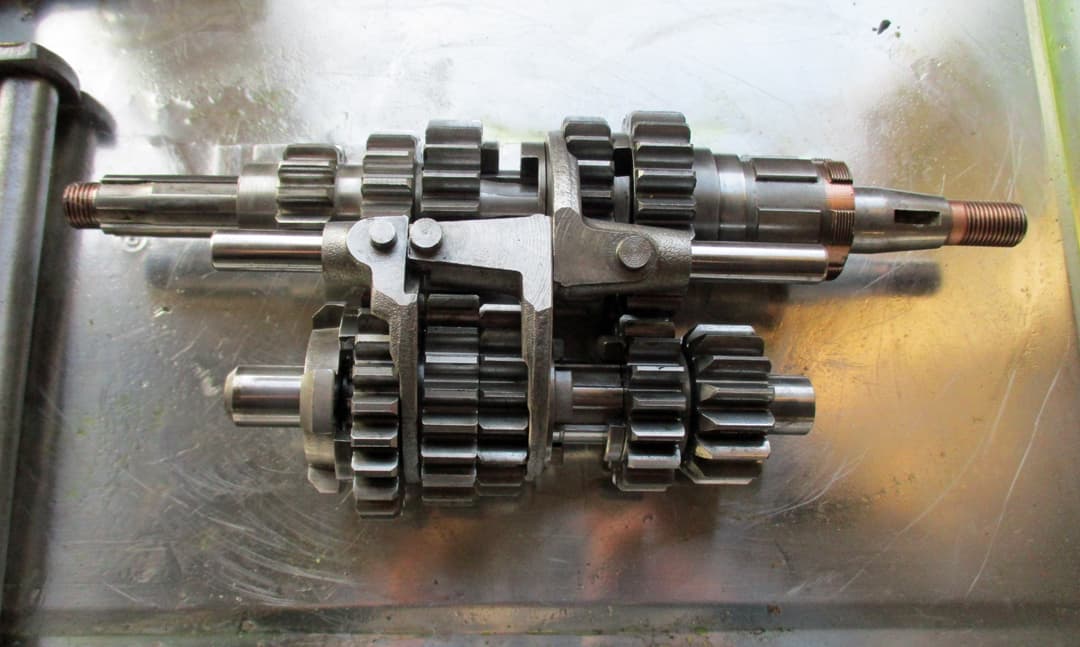 21080×647 65.4 KB
Why would the frame be the 'orrible matt blue colour? Is in pretty good nick overall but some areas of rust will need some sorting out. Looks like a wet rag was draped across it for years. But as it’s in the dry it should be fine for now 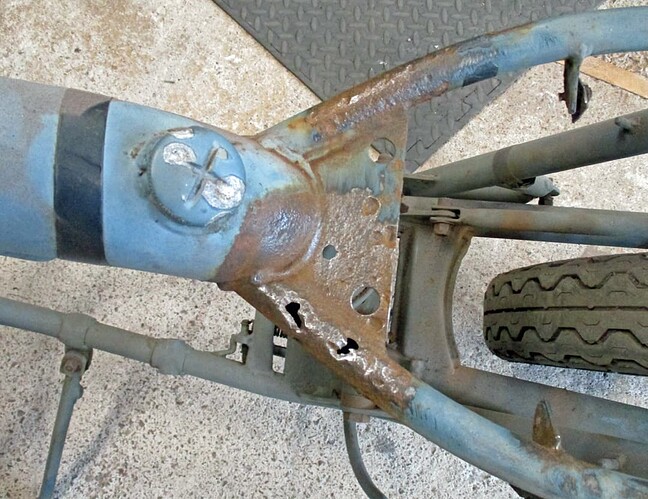