Ok he’s not a pleasant chap but seriously, 5 years prison for shit stirring? I don’t think much of Vine either. I think it’s more a case of rubbing up the ‘establishment’. I’m not defending him, but this is all wrong. How the feck do you get 5 years for slabbering about someone yet go and steal someone’s bike and sympathy for being hard up

His dominator is now in the shed and he’s set off around the world on an electric motorbike, it’s a good watch for those of us curious on how well these electric bikes can travel.

He’s hounded more than vine and he was inciting his followers (400,000 apparently) to wreak revenge on his behalf and published addresses on line, you just know there’s more than one nutter amongst them.

OK, this is one I have just found… not sure if I’ll follow yet, but I am definitely sold on watching a few more…

To think AI can produce artwork that is so emotive is almost scary… one of my favourite tracks, so illustrated, would be an amazing human achievement… which makes this unreal!

Yes, saw these a while ago but never spent enough time to get to the bottom of it. Fantastic.
All the sites that appeared to have the available software seemed to be wanting subscriptions so I stayed away.
The most advanced programme seems to be DALL-E 2 but again is a subscription.
The generated pictures seem almost unbelievable as it can generate photographic quality. No need for news reporters on site any more they wrote a sentence or two and pictures of the takeover of the Whitehouse generated themselves.
The artwork produced is amazing, a couple have been awarded prizes in art competitions.
Meta is also on board with developing videos from a few sentences it’s called make-a-video

It almost creepy what we’re bringing upon ourselves (I can’t think of this lot without thinking films like Demon seed or 2001: a space odyssey) and yet the beauty in the War Pigs artwork is incredible… I would have some of that on my walls.

Avowed Ludite, combine Dr Strangelove with Silent Running and you have the future.

So your saying a computer/AI might now be smart enough to pass one of those ‘I am not a computer’ tests where you pick the boxes with traffic lights?

Secrets of the Motorways.
Might be interesting to you southeners, some of these must be near to you.

Here’s something to take your mind off the current bs… a 360 deg video! You can move your phone around and see the scenery all around… there’s clever isn’t it? But I think you have to watch it on the YouTube app 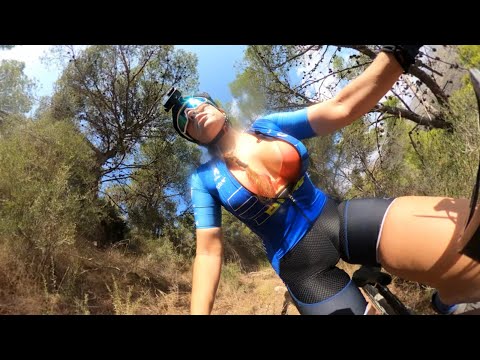 Thanks for that! I am not sure how she knew where to go …but I swung the camera round just right and could see all the mounds and crevices!

I’ve never had a bike tuned but I do follow the BHP UK channel who do ecu remapping. I like that the videos are short and to the point and they have lots of graphs… I like graphs…
https://www.youtube.com/c/BHPUK/videos
They’ve just been doing some euro 5 triumphs, the 1200 and 765 RS’s and they say more euro 5 triumphs are to come.

https://www.youtube.com/c/TomSunderland/videos " Their stupidity is our entertainment".

Oh…and this, if you lik sci-fi…

You’d be forgiven for thinking that we’re out of ideas for sci-fi…but this really shows that there’s some truely excellent stuff out there, just not in “Hollywood”.

The best thing is that there is super slick, but also people in their garage with dustbins and a phone camera
… Inspirational stuff!